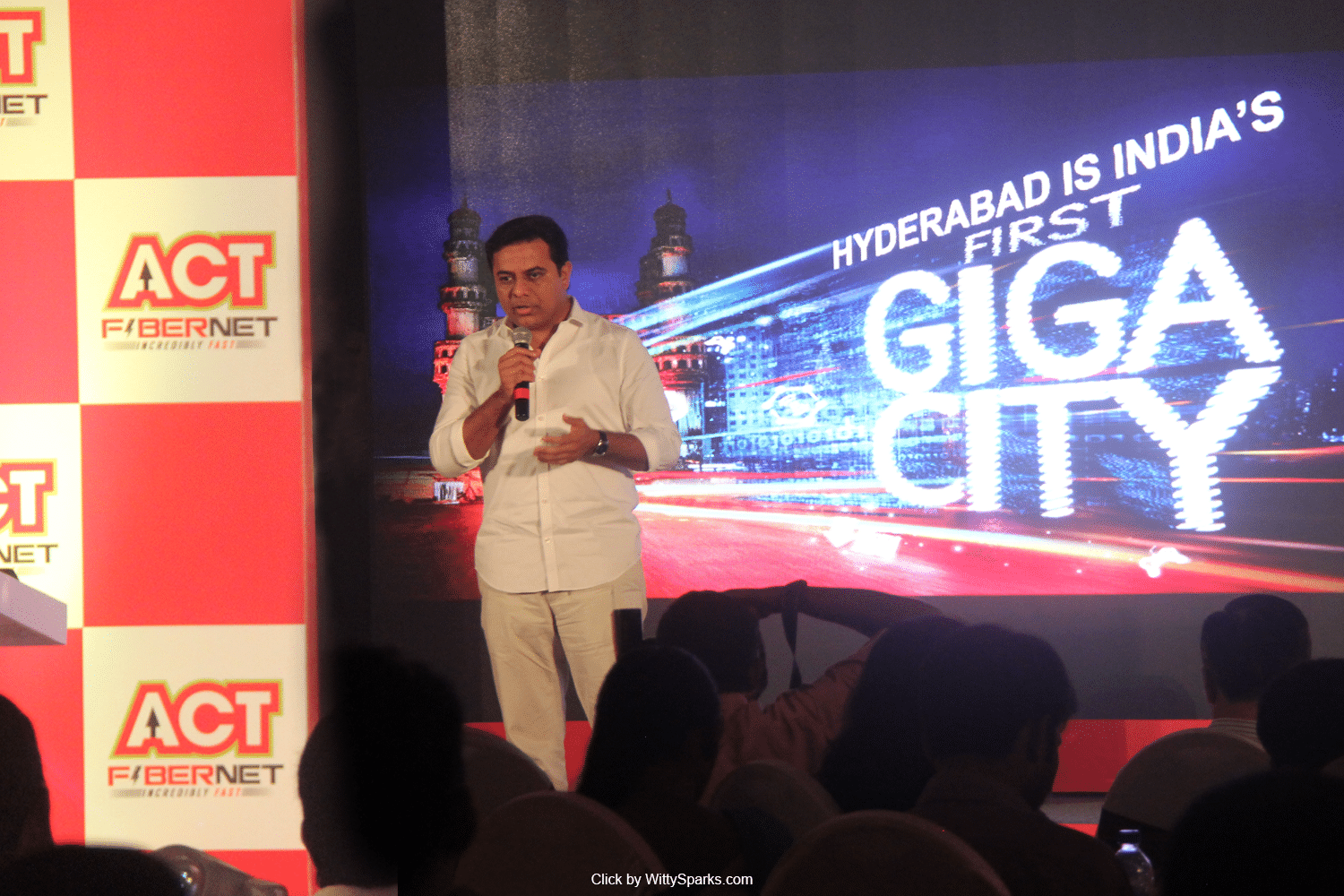 Hello, Hyderabadis! You guys will soon have something to be proud of. Hyderabad will be the first city in the entire country to get 1 Gbps wired broadband internet service, which is launched by ACT Fibernet.

Interestingly, ACT Fibernet is the largest broadband service provider across the twin cities. Its market share is more than 65 percent, and it claims the fastest speeds connectivity to enhance internet usage.

With this, you will experience an internet connection that is 400 times faster than the regular internet services that are not more than 2.5 Mbps.

Wittysparks is privileged to get an opportunity to be part of the launch event where the CEO and of the company announced the arrival of ACT Fibernet 1 Gigabit wired broadband internet service in the presence of Shri. K Taraka Rama Rao, Minister for IT MAUD as the chief guest. Bala Malladi, CEO, ACT Fibernet spoke about the reason behind the birth of the broadband service.

Realizing the increasing dependence of people and the government on digital service, he and his team came up with this advanced broadband service that will change our internet using experience forever.

He also said that with the invention of this broadband service they are looking forward to contributing their efforts in realizing Telangana’s dream of connecting its 23 million residents to the internet by 2018.

ACT Fibernet’s giga speeds wired internet service would be available in 10 cities of India real soon. Another thing to look forward to is the 3000 public WiFi hotspots to be launched by the company out of which 1000 will be active within a month. The attention that ACT Fibernet is getting has motivated others like Reliance Jio and Airtel to enhance their speeds and connectivity.

The outstanding speed of ACT Fibernet 1Gbps will first be available for Rs 5,999 per month with a FUP of 1TB. It looks like ACT Fibernet is ready to achieve its aim of delivering, disrupting and leading technological growth in India and making Hyderabad as Giga City. Let’s hope that the goal is reached at the earliest.