You are here: Home / Entertainment / All James Bond opening sequences since 1960 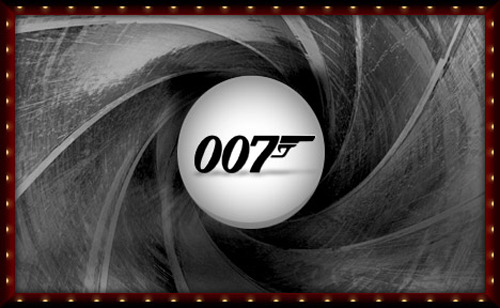 Think James Bond and one gets images of sophisticated gadgets, cars, charming, smooth and graceful disposition, action-packed sequences, and an important ingredient- sexy women, isn’t it?!

This has been the trend in Bond movies for nearly four decades now. But there’s one thing that runs common in all the Bond movies apart from the above-said features. Any guesses? That is the soundtrack!

A unique and characteristic element of Ian Fleming’s Broccoli movies, this is something that has transformed just like the character of James Bond.

So, for all the Bond fans, here’s a compilation of all the James Bond soundtracks from yesteryears to the present!

The first to star macho Daniel Craig, the movie is based on the 1953 novel Casino Royale. The movie is set at the beginning of Bond’s career and shows how he becomes a 007!

Starring Pierce Brosnan and set in North Korea, the movie is the fourth and final for Brosnan. Other stars include Halle Berry, Toby Stephens, and Rosamund Pike. The movie takes the viewers on a journey through the Caribbean to the snowy Arctic where some scintillating and “typical” car chase and fight awaits the viewers. The one stands out feature in this movie is that Gustav Graves men have a fully-loaded car very similar to Bond which makes the contest fun to watch!

The 19th James Bond film starring Pierce Brosnan and the plot is set in the Caspian sea.

The 17th Bond film and the first to star Pierce Brosnan, it went on to be a runaway hit for its action and stunts. In this movie Bond fights an arms network from using the GoldenEye satellite weapon against London. Tina Turner makes the day with her vocal rendition of the title track!

The 16th Bond movie starring Timothy Dalton among others and involves Bond’s removal from MI6 against a south American backdrop.

This movie stars Roger Moore and the plot involves Bond going behind jewel smugglers which takes him to Kabir Bedi alias Kamal Khan.

In the 12th Bond movie, James Bond and Melina Havelock are in the lead roles.

The movie stars Roger Moore as James Bond and the plot involved Bond on a mission to find a lost space shuttle.

The movie has Roger Moore playing Bond and Marbara Bach as Mrs. Ringo Starr, it is considered to be Roger Moore’s best film!

Bond is played by Sean Connery who in the film gets into the smuggling network and busts them.

The sixth Bond film is the only Bond movie to have George Lazenby as James Bond in the series.

The fifth James Bond film has Sean Connery who plays the role of James Bond. The interesting thing about this movie is Roald Dalh who has written the movie’s screenplay.

The fourth of the Bond film has Sean Connery who plays 007 and the plot revolves around the endeavors to find two missing nuclear weapons.

The third Bond film to star Sean Connery was the first movie that was produced by Guy Hamilton.

In this movie, Bond played by Sean Connery is sent to Turkey as a part of the plot and what follows is more o less known!

The first move from Ian Fleming’s novel which was made into a Bond movie was released in 1962.