You are here: Home / Technology / Android App for the NYPD! 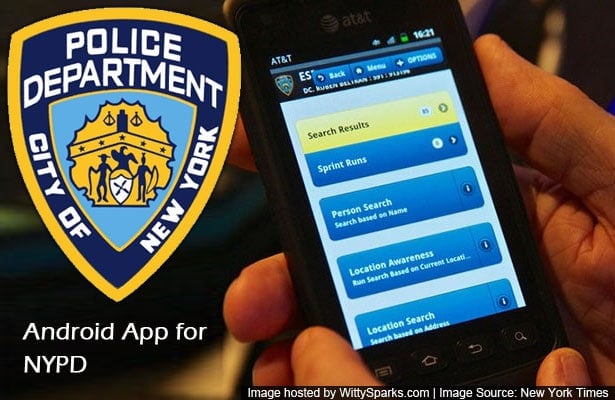 Anything that will help the police catch the lawbreakers should be encouraged. The New York Police Department pilot program provides a special android smartphone app for over 400 officers.

The problem was that the patrol car-mounted laptops were slow and cumbersome; they were not fulfilling the purpose of instant information on suspects. Also, the fact that they were in the car itself was a non-practical situation.

Now, however things have changed, the call disabled, handsets provided to the officers will help them pull up suspect data on the spot, suspect’s criminal record, and pull information like open warrants, arrest, and incident records, orders of protection, etc.

Images too can be retrieved. Not only does this app provide information on suspects, but it can also even provide the cops with the location of every video camera pointed at a particular spot. Now that’s called control.

This crime-fighting app will also give foot patrol officers the ability to tap into the city’s database and verify the identity of a suspect on the spot through the Department of Motor Vehicles databases and police department arrest records.

Since this app has already been put to use, the only downside could be the loss of a phone to the hands of a civilian; this would give regular person information they can exploit endlessly. Also, one other concern raised by the New York Civil Liberties Union executive director Donna Lieberman is that; the app has the capacity to lead to possible abuse of citizens.

She was quoted saying that this can; “become a vehicle to round up the usual suspects, to harass people.” Well, there’s always a risk in everything. Only time will tell how this new system works out.