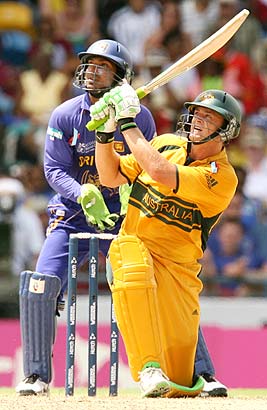 Australia beat Sri Lanka and lifted the coveted World Cup, in a rain curtailed match. It rained boundaries and sixes in a match that saw the sheer agression of one man- Adam Gilchrist. His innings, the highest total by an invidual in a world cup final encounter made mince meat of the Lankan bowlers. 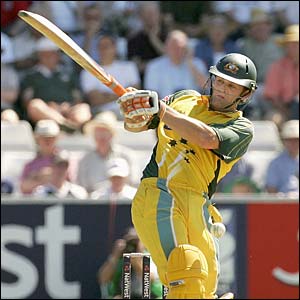 their innings had steam and impetus. The openers began a bit cautiously but after the 10th over, they cut loose and in particular it was Gilly who murdered the Lankans. He batted furiously and provided the world one of the most memorable aggressive knocks scoring 149 priceless runs of just 109 balls. Once he picked up the tempo, the run rate for the Aussie innings hovered around the 7 runs per over mark, something that was carried forward even after he departed from the crease. 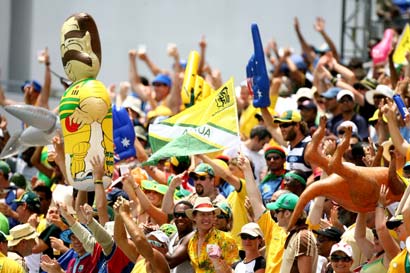 A look at his wagon wheel showed that he had scored all around the park, both the on side and off side. He hit 8 sixes with supreme power and great ease, which brought the crowd to its feet. He provided some fabulous entertainment to all those watching the match by hitting a boundary in almost every over! 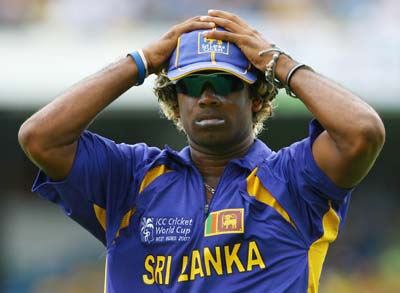 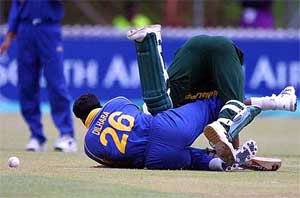 runs in good time. But to be frank, it was all in all THE GILCHRIST SHOW! As for the Lankans bowlers, they didn’t have too much to take from their effort, which lacked planning and discipline. Gilchrist got away because the Lankans gave him the room to swing his arms and go for the big hits. They failed to apply to the situation and even their experainced bowlers were ‘tonked’ to the boundary. Barring Lasith Malinga, all the Lankans bowlers had a forgetful day in office with over 6 runs per over run rate against their names!

The launch the Gilly gave the Aussies helped them reach a total of 281 runs in just 38 overs, a tall total for any team in the World. 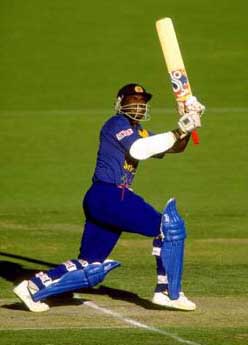 The Lankans came out with a positive intent and showed 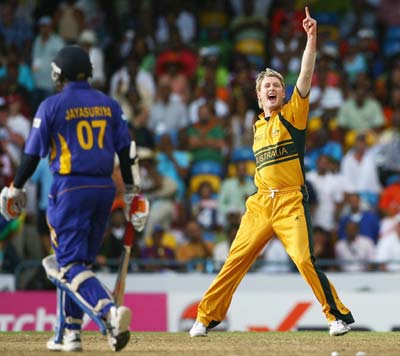 But Lankans always stayed behind the scoring rate which kept rising all along. And to add to their miseries, Jayasuriya departed at the wrong time, leaving behind a vacuum which was not filled by the lower order that followed. He lost his cool and was clean bowled by Michael Clarke. Sangakkara too followed soon as the rains interrupted the proceedings. The match was further reduced to 36 overs and from then on, it began to slip away from the Lankans. They resigned to the fact that the blows and wounds inflicted by Gilchrist were just too deep for them to recover and fight back. So, resignation to the greater truth of defeat was what Sri Lankans did as they were left with no other alternative!The Aussies deserved to win, they deserved to be the Champions. The way they play their cricket, the way they train and the way they compete, they deserved hands down to win the Cup.

The cup saw Glenn McGrath, one of the greatest bowlers of our generation bidding adieu and he got the best send off he could have imagined- the Man of the Series honor of the tournament!

As Napolean said ” Victory belongs to the most persevering”, it is not a streak of brilliance but an ever glowing radiance that Champions are made of and Australia fits into this description. Well done mate!