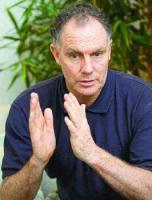 The string of poor performance and some remarks by the Indian coach Greg Chapel have created a furor in India. Many people are asking for the head of the coach whom they hold responsible for the Indian team’s poor show.

But think for a minute. Can the coach be solely be blamed for this shoddy display? How far is the coach responsible for the team’s performance? What can he do if he is given a unit of eleven players in which the majority is incapable of playing alien conditions?

At this level, one cannot expect too much from a coach. I feel he should be seen as a guide and not someone who teaches players how to play in terms of technique. He can guide them and fine-tune their mistakes by bringing his experience and toning down the inadequacies but expecting him to turn the squad upside down is too far fetched.

Most of the players in the present Indian outfit have shown how ill at ease they are when it comes to playing the rising ball. Their batting style does not suit the South African pitches and as a result, they are not able to score. Add to this their inexperience in playing on pacer friendly conditions and the worries seem to be as tall as a mountain. All this has accrued to the team’s poor performance and in the light of these defeats, the people in India are gunning for the coach.

The blame needs to be put on the BCCI too which has not laid the foundation to groom players who can play in such conditions. There are very few bowler-friendly pitches in India as a result the batsmen don’t have the technique to play in fast pacy conditions against a quality pace attack overseas. 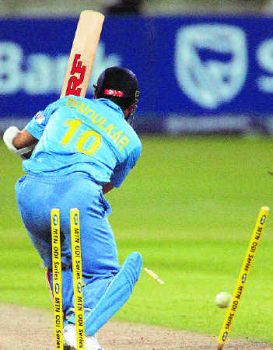 The BCCI should prepare more fast and pacy tracks. This will ensure that in the time to come, more batsmen will be produced who are good at playing fast bowling instead of a handful like Tendulkar and Dravid.
Blaming the coach is not the answer to the Indian cricket team’s performance. The reforms need to be introduced at the grassroots level.

Only a tree with strong roots produces good fruits and withstands the severest of storms.