Bollywood has come a long way in the recent past, and this can be ‘confirmed’ with the movies which are being released in the past few years. More and more directors are willing to take risks and break away from the standard formula of family dramas or melodrama with song sequences, comedy, and villains.

The success of movies such as Iqbal, Dil Chahta Hai, Munna Bhai, Rang De Basanti, Dhoom, Krish, and others on the box office confirms that the appetite to experiment has increased in Bollywood over the years.

The release of movies such as Being Cyrus, Metro, Nishabd, Cheeni Kum, and others indicates more in the offing. Two movies Nishabd and Cheeni Kum, which were released in the recent past, reiterate this fact. 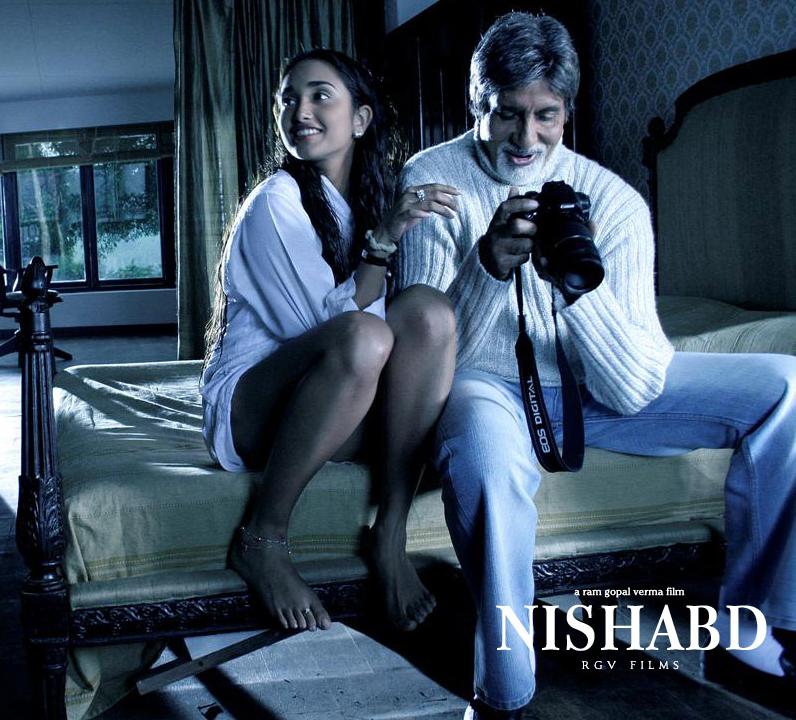 Nishabd comes from the RGV factory, so it has a certain watermark such as a mute intensity, fascinating camera work, and a slow pace quintessential for the movie’s sensitive subject. The cast includes Amitabh Bachchan, Jiah Khan, and Revathi in the lead roles. Ram Gopal Varma asks several questions throughout the movie, such as.

What happens when a man falls in love with his later life? What are the ramifications of such a development? Can it happen? Is it acceptable within the institution and frame of our “society”?

The movie takes a more “realistic” approach and treatment to the subject wherein the director presents the affection that mushrooms in Amitabh Bachchan’s character as “human.” He tries to unweave the notion of “love” from the fabric of “age” as is commonly perceived and accepted in our society. The movie puts for the idea that love is an instinctive phenomenon that is not governed by “age” and could happen to a person at any point in time.

This emotional roller coaster is presented in the brief “romance” between the charismatic Amitabh Bachchan and the “feral” Jiya Khan. Ram Gopal Varma well captures the subtleties of this “liaison” through flirtatious encounters between the two protagonists Bachchan and Khan.

The plot slowly unfolds the abnormal predicament that Vijay, a photographer in his later 50’s played by Amitabh Bachchan, finds himself in as he is introduced to Jiah, played by the sexy nymphet Jiah Khan through his daughter Ritu played by Shraddha Arya.

What begins with a caustic and witty introduction soon assumes overtures of adulation and attraction. Jiah shatters Vijay’s desolate and quiet world with her attitude, looks, and a certain feral charm. In the process, Vijay finds a queer but nice feeling that had evaded his married life to Amrita, played by Revathy. Jiah brings to the surface that part of Vijay was lost, and this ‘self-introduction draws him to her. Jiah, with her looks and carefree attitude, also arouses a sense of uncouth but pleasurable fulfillment in the sedate life of Vijay.

Vijay finds the society’s norms too strong to accommodate his affection and chooses to align with the unspoken dictum of the society that relegates such a feeling as insanity. However, the feeling is so strong that Vijay chooses to end his life as he finds the torment too strong to suffer from. The movie does not offer any solution to this strange feeling or predicament that individuals could find themselves in at a later stage in life, feelings that are unacceptable within society’s norms.

The score is composed by Vishal, who composed the music for the memorable song “Rozaana Jiye” in the movie. The song and the background score set the tone for a certain “dreariness” that lingers along in the movie and accentuates it to a great extent!

Another superb performance by Amitabh Bachchan once again proved why he is the “Big B” of Bollywood. He carried the weight of the role solely on his shoulders and brought out the agony and ecstasy of “Vijay” in an emphatic manner with great elan. Jiya Khan, too, gave a laudable performance, and Ram Gopal Varma, needless to say, brought out the best from his actor and actress in the movie.

As mentioned above, Cheeni Kum presents a different perspective to a similar predicament, although in a lighter vein! Interestingly, the protagonist in both the movie happens to be Amitabh Bachchan, although the subject’s treatment is very different in both films.

In Cheeni Kum, Amitabh Bachchan plays a 64-year-old chef, Budhdhadev Gupta, who is single and owns a restaurant in London. He is well known for his obsession with perfection as far as cooking goes, short temper, and ego. The movie shows how love fosters between him and 34-year-old Neena Verma, played by Tabu, and the complexities involved in Budhha seeking Neena’s hand for marriage from Paresh Rawal plays her father in the movie.

The movie looks at love and the relationship between two individuals despite a big age difference. This rather complicated situation is looked at in a rather practical and lighter vein in the movie. The movie’s narrative also shows a divide in the thought process which bears the hallmark of a generation gap at some level too! This is well portrayed in the mindset of the characters of Paresh Rawal that reflects this ideology!

Through the conversations that ensue between Bachchan and Paresh Rawal, the director brings out the rift or divide, which at some level also reveals the different ways to look at age and relationship in the East and West. Paresh Rawal’s attitude at some level reflects the mindset of the multitude in our society where the latter half of the life is relegated to self-discipline and surrender to the almighty, in other words- withdrawal from different spheres of activity.

This is what springs as a bone of contention when relationship and love at a later stage surface. According to Paresh Rawal, age becomes a deterrent, and individuals have certain eddies like senior citizen status, etc., to confine themselves to.

The movie’s background score and tracks are composed of the great Illayaraja music, and for a change, the tracks have a certain melody bereft of the clamor of high pitch singing or shrieking sounds.

“Horizon is as far as the vision can stretch'” this is the idea the movie tries to put forth wherein aging is dubbed as a psychological phenomenon and limitations, boundaries, and definitions are psychological constructs erected by society.