Sports imply activity of vigorous physical exertion and various mind and body skills, wherein, an individual or group competes with others for the purpose of entertainment. In the last few years, sports have become a global phenomenon and have fast become celebrated events. Since its popularity, it has also become a billion-dollar business globally. Of all the sports, football has the highest fan following in the world and the highest viewership as well, thereby, making it the most popular sport.

E-sports is another major industry that has been witnessing a trend. A wide range of audiences is increasingly drawn to e-sports medium with the advent of technology and due to the growing direct ties to professional leagues. This has resulted in players, executives, etc., are quick to participate in e-sports and continue to connect with teammates and fans outside the court. There are efforts to integrate e-sport opportunities into the current experience of sports as well, which seems to have a promising growth aspect in the coming years.

A sports club is good for the community. It’s not just for kids who will be playing. So here I have discussed the right way to do it without wasting much time and energy.

For almost two centuries, there has been a consistent debate with respect to the origin of baseball. It is said to have been originated in England.

American football, aka football in Canada and the United States, is also referred to as Gridiron. Like many other sports, itâ€™s a team sport.

Ahead of the Pro Kabaddi 2019, let us have a look at the top five players with most Super Raids in Pro Kabaddi.

And not just any old sunglasses â€“ as those designed especially for golf players are the ultimate in useful accessories. (More on the benefits of those later.)

Here are some of the sports that warmly welcome participation from the disabled community. 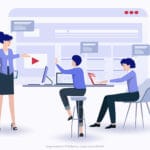 How cool would it be to actually be in a classroom straight out of a sci-finovel? With technology in education advancing at a rapid pace, we are almost there.

Mobile app developers today need marketing insight more than ever whether they are developing apps for Android, iOS or any other platform. 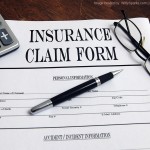 A Term life insurance policy provides financial protection in case of untimely death of an insured person. However, life is uncertain… 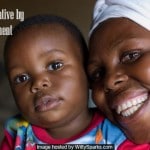 Feeling similarly the Zambian Government and IBM joined hands to change the situation to a more positive one! To achieve this they came up with the idea to improve access to life-saving drugs.