With the World Cup 2007 round the corner, we will have a look at the different teams participating in the world cup in detail with a few key highlights. To begin with, we take on team Australia the reigning champions in One Day Cricket.

Caribbean Islands with a team that has a few important names missing from it. Even with this present team, the side presents a defense of the Cup that it conquered in 2003.
The team is plagued with a few injury worries to key players like Andrew Symonds and Mathew Hayden alias? Haydos? but still, the team boasts of a fine mix of effervescent youth and experience combined ina near-perfect proportion.

A look at it and one gets a whiff of one thing very clearly- competitive spirits! Australians are known around the world for this ability which has seen them rise and conquer the throne in the past two decades. Tough competition in the domestic circuits has bred players like Michael Clarke and Michael Hussey who personify the word ? competitive?!

Weakness – Injury to key players like Andrew Symonds, Matthew Hayden, and Brett Lee and the absence of a quality spinner 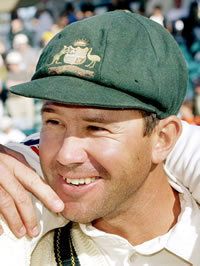 Their core comprises their captain Ricky Ponting who is all aggression and can tear apart any bowling with his wide array of shots. Having said that Ponting’s Achilles heel has been his falling over and getting out Leg Before the Wicket in the recent past. 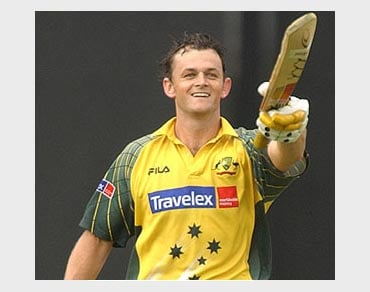 One of the most attacking wicketkeeper-batsman of this generation,?Gilly? has destroyed many bowling attacks with his aggressive batting. An excellent puller and cutter of the ball, he can take the attack to the opposition and make a mockery of any big total with his strokes!

A promising youngster who announced his arrival to the international arena with a century on debut against India, he has cemented his place in the side in both forms of the game. Since then there has been no looking back as he has gathered experience and honed his talent to win many matches for his team. A fine fielder in the inner ring, he can raise the bar at any time of the game.

If the Australian team felt the vacuum created by the retirement of Michael Bevan, then it could be said that Hussey has filled in Bevan’s shoe! A late entrant to international cricket Hussey has stamped his authority with his display of experience and temperament. A fantastic finisher to the game, he has a great head to handle pressure while chasing targets. 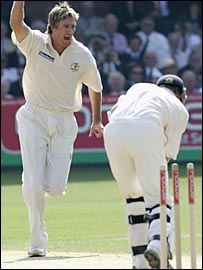 The spearhead of the Aussie bowling attack, he is most destructive with the new ball. A great component of line and length, he could rattle the scoreboard and within no time the opposition could lose its top-order batsmen to some clinical bowling of Mcgrath. Though he has lost on pace, he is like the banyan tree which could help other bowlers like Shaun Tait and Mitchell Johnson maximize their potential under his canopy!

A young searing fast bowler, he made a mark with his unconventional action. Tait can clock 140 kmph plus easily and can prove to be a cause for concern. Though he is a bit wayward and lacks the discipline he makes up most of the time with his pace.

A string of losses suffered at the hands of England and New Zealand has raised doubts about the team’s performance. But for this Australian outfit adversity brings out the best in them so no team can make the mistake of taking them for granted! The abundance of talent and self-belief in the team makes them a formidable team on any given day.