be considered as one of the weaker sides in the competition. It would certainly rely on these key players’ efforts to steer the team through to a victory. Marcus Trescothick’s absence would certainly hurt the side as the left arm opener had proved to be a match-winner on many occasions in the past, but the side has found Strauss, who could replace Trescothick to some extent.

But given the conditions, which are expected to be dry and the pitches that will be on the lower sides, teams fielding spinners could certainly fancy their chance against a team like England, which is a bit vulnerable when it comes to playing spin bowling! 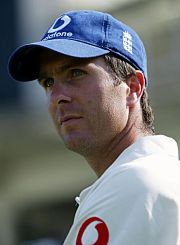 A good opening batsman in the test matches; he has also been opening for the one-day format without much success. He has been bogged down by injuries off late and is making a comeback. As a result, he might get a bit short of match practice. A solid batsman, he could provide the start that could propel the team to a big total.

The Goliath and the ‘Danny K’ of the English side are a one-person army by himself. A brute with the willow can clear the boundary of any ground with ease with his power and timing. A good bowler, he has the knack of bowling some crucial spells and picking up wickets.
Remove Flintoff from the English side, and it appears to be a team of five or six members! I guess that says it all!

As he is popularly known, an exceptionally talented batsman and a safe fielder, Kevin Pietersen or KP, is one the most valued assets for the English team. A naturally aggressive batsman, he can take the attack to any opposition at will. He likes to dominate the bowling attack with his stroke play and gifted timing with a strong on-side player.

A solid middle-order batsman, he is the anchor as far the English team is concerned. A lot would depend on the way Collingwood adapts and paces his innings in the competition. He is also a part-time medium-paced bowler, which makes a very handy all-rounder on the English side. 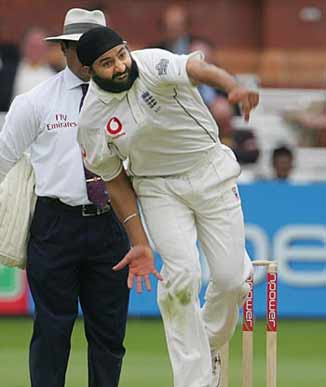 The ‘find’ of the English team, Monty is the first Sikh to play

for England. A supremely talented left-arm spinner, he has shown that he can provide the breakthroughs at crucial junctures in the game with his loopy and turning deliveries. The long fingers of his left arm not only help him grip the ball better but also make his bowling make up for his not-so-great fielding.

Recalled to the English side, this youngster announced his arrival with lots of promise. Anderson bowls at a decent pace and swings the cricket ball both ways. His concern is his bowling’s predictable nature, which makes him expensive during the end, despite his yorkers and good slower deliveries!

A decent team on paper, the opposition would not worry too much against England, which could make them a dangerous side! On a given day, the side with its all-stars could come down heavy but a slightly weak team.