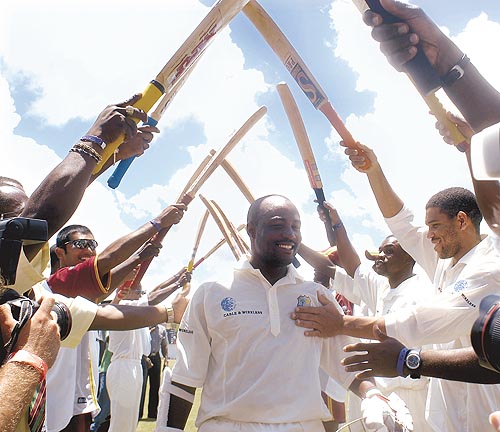 Brian Charles Lara, one of the greatest batsman of all our generation drew curtains on his cricketing career and bid adieu to all forms of international after the match against Bangladesh. He said that the match against England would be the last match he would play after which he would retire from the game. 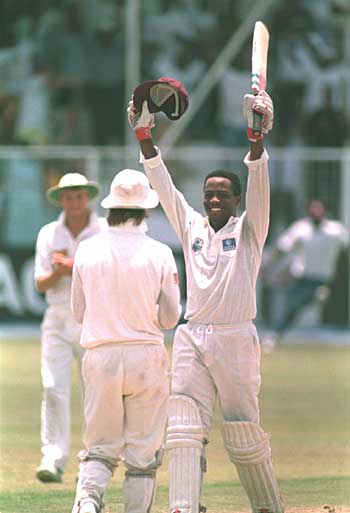 Brian Charles Lara who redefined the way cricket is played with his flamboyant and stylish batting and set numerous milestones throughout his career. He set a record for the highest total in test cricket against England with a magnificent knock of 375. A player with sublime touch, Lara made batting look easy with his style and timing.

What made Lara special?

To begin with, Lara was a south paw which bestowed him with the ‘grace and touch’ that left handers such as David
Gower, Allan Border and their likes are associated with. Blessed with a fantastic technique, he was one of the few batsmen who made full use of the batting crease. A big flourish of the bat, high backlift and immaculate timing were a few tenets of his batting. Hopping and jumping in the crease, one could find him behind the line of the ball in his defensive strokes.

And it did not just pertain to defensive shots for Lara was at his best playing his cover drives, cuts and pull shots. Blessed with a sublime touch, Lara coupled his timings and placement to make the best bowlers in the world look ‘human’ when he played.

If the ball was there to be hit, Lara would be there like a lion pouncing on its prey, devouring it, irrespective of who the
bowler. This aggressive attitude enabled him to dominate the bowlers. Fielders barely moved when Lara cut or pulled the ball, for, the shot had a mark of authority, something that the fielders and the fielding team watched and accepted with mute resignation! A fabulous player of the offside, Lara seldom looked in double minds while playing his shots.

His strength pertained not only to playing shots but also to
the fact that he was fabulous ‘leaver’ of the cricket ball. His sense of judgment was near perfect which made him leave deliveries that had ‘peril’ written all over them! This uncanny knack of the great batsman helped him stay for a longer time at the crease and was one of the reasons for his big scores.

Watching Lara bat, one always got an impression that he had loads of time to choose his shot. That is the hallmark of great batsmen like Sachin Tendulkar, Sunil Gavaskar, Allan Border and others who had ample of time to play a shot. To have time on one’s hands, one needs a good eye and Lara had a pair of ‘hawk eyes’ to say the least! 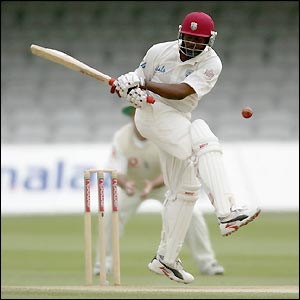 And when it came to playing spinners, if Lara hit the ball they stayed hit! I have never seen a spinner dominate Lara for long spells, for, the minute Lara felt shackled by the guile and loop of a spinner, he would dance down the track and hoist the bowler for a boundary or six! Very seldom can I recall Lara getting stumped having charged down the track and that probably speaks of his fearless mindset and impeccable timing, both of which were part of his game from beginning till the end.

His knock of 277 at Sydney, one of the best I have seen and the best that he rates was one in which he played shots all around the ground. Cuts, pulls and drives rained on that day as the cricketing world witnessed an epic innings, an epitaph written on stone!

His genius saw him create the World record for the highest individual total of 375 runs against England, a side that was at the receiving end when Lara was batting! The total was surpassed by Matthew Hayden but the great that Lara was, he reclaimed it soon and again against the same side England, this time scoring a magnificent 400! It was 10 years ago against an English side that Lara had scored 375 runs and it was again against the same side 10 years later that he reclaimed the title of highest individual run getter!

Ironically for him, he had to fight a lone battle on many occasions both in the test and one day games. He had to shoulder the burden of chasing tall totals or show heroics by rescuing his team. His effort stood out against the team’s overall performance and that is what made Lara special. Come adversity and there was Lara ready to knock its head off! This attribute earned him much adulation from the cricketing fraternity and privileged the world to witness some of the best knocks when the team’s back was against the wall. 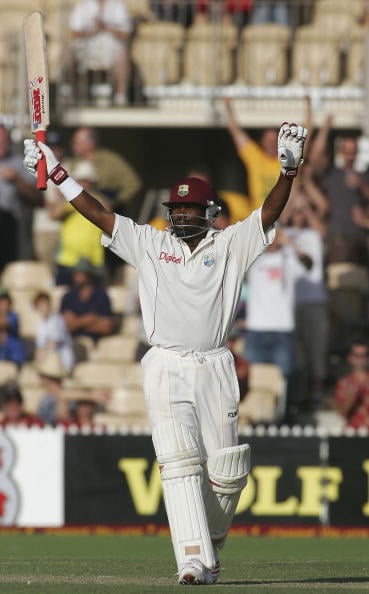 Comparisons can be endless regarding who was the best Caribbean batsman of all times. It would be unfair to compare players from different eras. But if someone asked me, against the quick bowlers like Thompson, Lillee it would be ‘King’ Viv Richards but against spin and bowlers of my era, it would be Brian Charles Lara- The muse with the bat!