You are here: Home / Technology / Final Version of the XO Tablet by OLPC 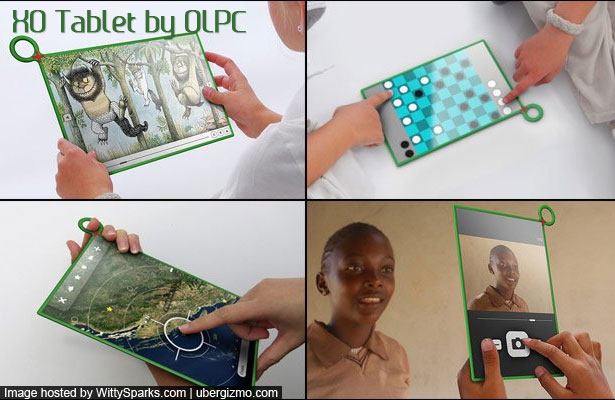 One Laptop Per Child is a non-profit organization that has taken the oath to spread education via laptops. During the CES (Consumer Electronics Show) earlier this year, they showed a laptop prototype, but the real deal, the final version, is out-The OLPC XO Tablet.

The product is designed by Vivitar, a price-conscious manufacturer selected by Walmart, the retail partner of this product. This does prove that the company OLPC does not have any direct hand in the creation of the tablet’s hardware for the first time.

The prototype has gone through some tweaks for sure since the introduction at the CES. XO tablet runs on Android 4.2 Jelly Bean; it has the interesting “I Want to Be An…” UI, which is will be fantastic to browse via the Jelly Bean. The tablet features Marvell’s Armada PXA618 SOC, 512MB of RAM, an 8â€³ PixelQi 1024 x 768 display (LCD option also available).

A whopping 200 apps will be pre-loaded into the tablet, 100 of which are English and half in Spanish. It will also have 200 books (100 English, 100 Spanish), including selections from content partners like Sesame Street and Oxford University Press.

An excellent concept developed by the company is trying to make sure that the child is entertained and remains educated even when offline or without having the support of an internet network provider.

Changes have also been made to the cover to make it handier for the little kids and protect the actual product. The tablet will be available online at Walmart.com from the 1st of June 2013, as announced recently.

Previous Post: « Now BBM with Android and iOS!
Next Post: Ferena Wazeir to represent Bollywood at Cannes this year! »