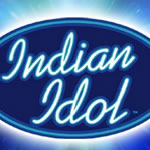 A couple of days back I was surfing channels in my television and I stumbled upon the reality show Indian Idol on Sony TV. I would have to admit candidly that I am not a keen follower of the show and catch a glimpse of it now and then.

After following it briefly for a while I got a bit disillusioned and surfed a few channels more and realized to my amazement that another entertainment channel ZEE TV too was airing a similar show by the name Sa Re Ga Ma Pa! I could not notice much difference in the format although there was some difference in the presentation and packaging of the shows.

And if one thought that there were only two shows of a similar kind, then I would like to turn his/her attention to Amul Star Voice Of India which is being aired on Star Plus on Friday and Saturday between 10 p.m. and 11 p.m. which follows the other two pretty closely in terms of its content and format.

Before going any further, I would like to ask the reader as to who was the runner up in Indian Idol I and II? Many would even find it difficult to recollect the name of the winner of Indian Idol I or II! So, one is put to wonder if such a reality show implies ‘light at the end of the tunnel’ for aspiring playback singers or just another television audience phenomenon seeking to grab eye-balls with glossy presentation and gimmicks?

The deluge of reality shows on most of the channels like Star, Zee, Sony, and many lingual channels such as Tamil, Bengali, and others bring to the fore a few more questions-

I am afraid the answer is No! What happened to Abhijit Sawant after his initial album which created some waves? He has receded into the same crowd where voices struggle and compete to get a shot at playback singing! Many a time, talented voices even get drowned or choose a more reasonable path!

Recently Karunyesh, Hemchander, and another contestant from Indian Idol 2 performed in Hyderabad for a stage show. Even though reality shows might not get them instant fame or stardom, it nevertheless catapults them into another orbit- an orbit where they find more comfort and luxury by doing stage shows and singing at parties etc.

“Too Many Cooks” theory

The deluge of reality shows on television trying to unearth talent and magical voices has made me coin this “theory of too many cooks” which also raises the question- How does the audience decide which one is the best? The irony of this entire affair is that all these shows take the same yardstick to measure the potential and talent of a contest.

The three shows mentioned above have a panel of judges- Indian Idol has Anu Malik, Alisha Chinai, Javed Akhtar, and Udit Narayan. Alisha Chinai was herself cooling her heels after the initial break Made in India and came out from wilderness after she sang Kajra Re in Bunty Aur Babli! While Anu Malik too has been going through a lean phase as far his creativity is concerned in music composition!

So when a viewer watches any one of the shows which run on similar lines, he or she is bound to get puzzled in deciding which is genuine and better than the other! The other side to this “too many cooks” theory is the process of arriving at the winner for each show. The shows rely on the short service message or s.m.s from viewers from different parts of the country which exposes the fate of the contestants to the discrepancies and choice of the viewers. What it also does, in turn, is leaving the fate of the contestants to certain latent and undisclosed aspects and questions like-

So, the short listing of candidates is not subject purely to the talent of the individual but also relies on several other aspects which get lost in the glossy conduct of the show.

Even after going through the grind and pressure of surviving different tests and rounds, there is no surety for the candidates about a lucrative opportunity on offer. And with more and more shows in the offing, the competition for opportunities starts after the reality show competition gets over! The format of the show is tough as it is a story of “fade out” and struggle for those who reach the threshold of success and lose out; a disappointing story that is not aired or shown to the audience!

When one compares this scene with American Idol, the one thing that is distinctly clear is the integrity of the show, i.e. the show being a herald or pioneer in unearthing talent and not many shows exist to ape it! In terms of opportunities too, the gamut is much more for the American Idol winner due to the different genres like videos, groups, movies, etc. So the probability of getting identified is more when an individual is presented with more avenues and opportunities as against plain playback singing!

With old playback singers in Bollywood and other movie industries holding sway in the film industry only time would tell how far do these idols get their fair share of credit in the music industry!