WittySparks / Xplore yourself / Integrating the mind and body… 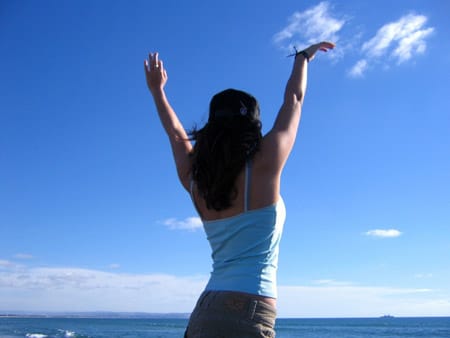 Have you noticed that when you are mentally disturbed, your actions to lack purpose and direction? You tend to err doing things that you do regularly with ease. This could be something as trivial as getting your car outside your parking or driving to the office. This proves that there exists a distinct connection between your mind and body.

There is a connection between your mind and the body.

A small example can be had from the way champions perform. If you look at how Roger Federer or Tiger Woods play, you can see that confidence exudes in every stride and move they make. This is because of the sync which exists between their mind and body. But when this is absent, you see the same champions committing errors in doing things which they would do with ease normally.

This so-called ‘sync’, between the mind and body, comes with practice and focus. If you have a look at a Chinese farmer plowing his field, you will realize what I mean. It’s the way he focuses his mind and practices doing the same job day in and day in a bid to attain perfection. The establishes the sync! Integration of the mind with the body won’t happen unless you embed your mind in the job.

Next time when you go to a jewelry shop, watch a master craftsman handing gold and diamond. You will not see even one unnecessary and irrelevant movement. The same is true of a heart surgeon performing complicated heart surgery. Every bit of their physical movement will be measured and planned meticulously.

On the other hand, if you watch a confused person you would be able to see the difference. In place of confidence, there would be doubt and apprehension about issues such as decision making and thought process. His body language too would suggest the same. He will be scratching his head, fidgeting, and constantly shifting his weight. As a result, his attention will not be focused and his mind will be wandering. You would recognize that he is restless inside. His external movements would reflect the “inner state of his mind”

So to get the sync next time, relax, sit straight on the chair & lean a little forward. Relax your muscles and plant your feet firmly on the ground. Take a deep breath and bring all your attention to the job on hand. Then start work. The focus would set by itself and would help you attain perfection. You will be able to make out the difference yourself!