You are here: Home / Education / Montessori 1st Operations aims to give a bright future to your kid! 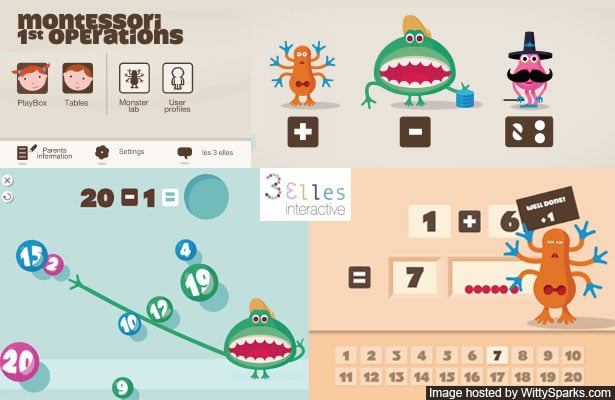 Since education is getting tougher and less interesting by each passing day, efforts are being made by parents and teachers alike to make it interesting and easy to grasp for the kids. One such successful effort is made by 3 Elles Interactive who have tried to include technology to grab the interest of the kids.

3 Elles Interactive has been an award-winning educational software startup. It has come up with a creative app that helps your kid master first-grade math. It has been given a unique name. Itâ€™s called Montessori 1st Operations. It makes â€“ addition, subtraction, odd & even numbers doubles & halves (this being an introduction to multiplication and division). Isnâ€™t that amazing? It is definitely an interesting and effective way of learning for kids while it also reduces the effort of parents and teachers to a great extent.

Its features include things like a natural progression to add and subtract numbers from 1 to 99, an initiation to multiply and divide using concepts of double and a half, and other such interesting learning techniques. If languages are a concern let me tell you that even this has been taken care of. This app teaches your child English, French, German, Dutch, Italian, Spanish, and other languages of the world.

I donâ€™t want to reveal everything in this article. Iâ€™ll leave something for you to discover from the video that is already spreading like wildfire on the internet. But before you can do that you must know a little about 3 Elles Interactive.

This was founded in the year 2010 with the view that we must make children eager to learn and understand what they are learning. Since its inception, it has developed 5 educational apps by inputs from teachers and has been well appreciated. Montessori 1st Operations will be out in the app stores from the 9th of May. So hurry up and buy it for your kid. Because a good foundation leads to a good future!

Previous Post: « CrumbTrail â€“ an iOS app for those who are forgetful!
Next Post: SpiderOak Hive – The new synchronising feat introduced! »