I saw Casino Royale and for once it didn’t appear to be one of those movies from the Bond factory!! 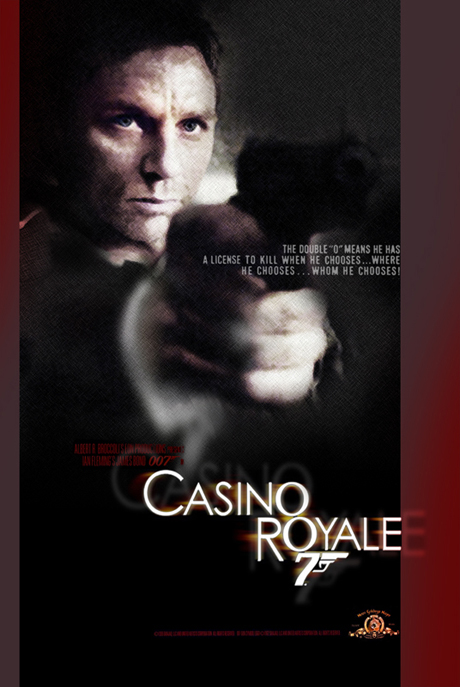 What I mean by this is the fact that there are lots of things which appeal to the viewer. Starting from the cast, Daniel Craig looks rugged, tough and macho, a trait his predecessors lacked to a great extent. But having said that they made up for that lacuna with some terrific romance and genteel seduction!

The Bond in Casino Royale is made to look different owing to the plot and the story and the movie could be termed as a genesis of James Bond -007. As a result it presents a more human side of this spy and for once James Bond looks beatable and susceptible. In other words, the movie shows a Bond who bleeds.

of blows between the hero and anti hero that there is a certain degree of authenticity in the exchange. This stands as some kind of a contrast to the previous Bond movies where James Bond draws the audience attention with his world class gadgets and equipment. That gives him some kind of an edge and leaves him with little to fight or get pounded!

Daniel Craig’s physique is something to watch out for in Casino Royale and comes as something novel for the fans. He runs a lot in the movie chasing villains and one would have to say that the gentleman certainly looks in good shape!!

Another element which makes this movie stand out is with

regard to the lead actress Vesper Lynd. Played by Eva Green, the movie shows a romantic liaison between James Bond and Vesper. An acquaintance which blossoms into a romance, a romance with its own share of deceit, chicanery and love not to forget!

In other words, the movie is a foundation stone of sorts, a curtain raiser of the Bond to come, a Bond who might lack the suave touch and sophistication but would assure you of some sharp wit and fascinating action sequences in the movies to come!

So watch out the next time.. Bond’s back!