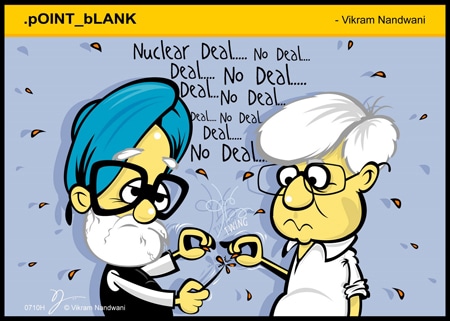 Under pressure from the Left parties to make clear whether the Indo-US nuclear deal is on or off, the government on Monday said the operationalization of the deal will take place in accordance with the UPA-Left committee’s findings.

External Affairs Minister Pranab Mukherjee made this clear after a meeting between leaders of the Left parties and the UPA coalition formed to go into the concerns of the allies on the nuclear deal. The minister announced that the committee would meet again on November 16. – The Times Of India, 22 October 2007