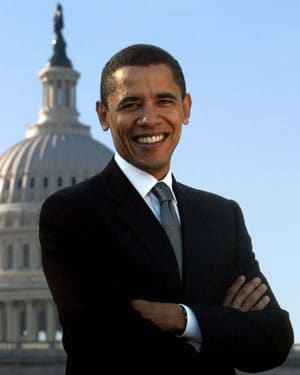 Reports suggest that Democratic party candidate for US President, Barack Obama, carries a tiny Hanuman with him. Along with it he also carries a bracelet belonging to an American soldier deployed in Iraq, a gambler’s lucky chit, and Madonna and child. The influence of Hinduism could be traced to Indonesia where he spent his initial days.

He could be seeking the Monkey God’s blessings to win over his Republican candidate John McCain in the race. The instance brings out the fact the faith knows no bounds and transgresses all boundaries and Obama sets the tone for sure.

What do you feel?