You are here: Home / Health and Healthcare / Stay active with an Ugi class, the cuddliest fad ever to keep fit! 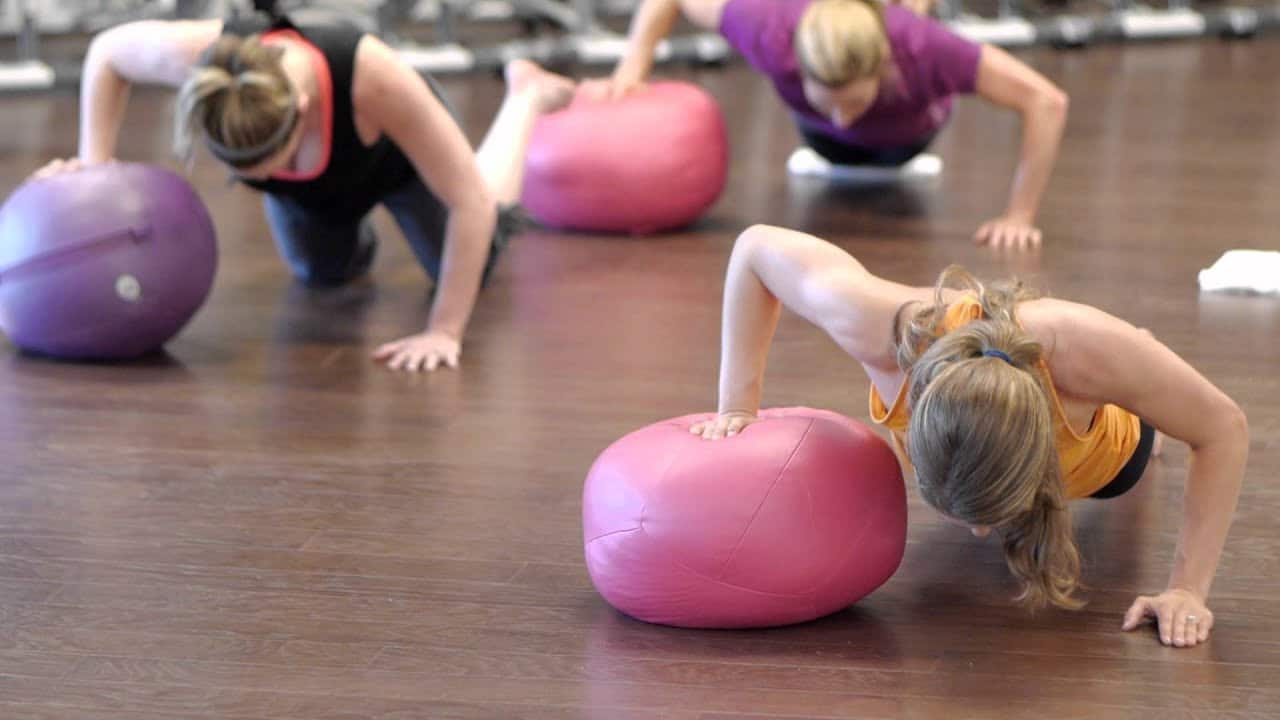 Now that the holidays are over and done with, it’s time to lose all that excess baggage, and what better way than to join an Ugi Fitness class! It’s the cuddliest keep-fit fad created by Canadian personal trainer Sara Shears. She claims that the regime combines toning and weight loss along with the de-stressing elements of Yoga.

Shears calls the exercise regime “happiness training” and says of the routine, “There are 1,440 minutes in every day. If you use 30 of them for physical activity, the other 1,410 feel better.” It is based on high-intensity interval training, and according to its trainer UGI stands for “I’ve Got It“.

It involves the use of a cuddly piece of kit that looks like a giant stress ball. It’s done barefoot and is very fast-paced despite that there’s no yelling from the instructor. The equipment used in the class is weighted for resistance training but is light enough for movement.

It comes in three variations of 6kg, 8kg, and 10kg, depending on how to fit you’re feeling. The class consists of 30 positions held for a minute each, such as holding, pushing, throwing, catching, or balancing the ball. Though the class is short, it works every muscle in your body and raises your heart rate while burning up to 500 calories. According to Sarah Cowell, an instructor,

“We want people to work hard, but it’s more about having fun and working at your own pace and intensity, you can take ten-second breaks and alternate between the different weighted balls.”

The class begins with throwing the ball above your head, followed by a sequence of squats, and is accompanied by a fast-paced soundtrack. Then the pace picks up, and you have to run across the room carrying the ball.

The ball is used during lunges, and later you have teamed up with a partner to pass the ball between each other. All the moves require skill and balancing the ball under your feet while in a plank position.

By the end of the class, you will have worked up a sweat, and your arms will ache, and it feels like you have pushed yourself to the limit. The class ends with stretches to cool down and relax the muscles. It’s an excellent option for people who are pressed for time as it’s so short that it could fit into a lunch break. Ugi is a good endorphin booster and stress buster, so try it out!!

I'm a freelance content writer and have written lots of articles for other companies apart from witty sparks. I have a flair for writing and can write on a variety of topics. Although Fashion and latest trends interest me the most!

View all posts by Aliza Ansari