You are here: Home / Technology / Tech gadgets set to release in 2018 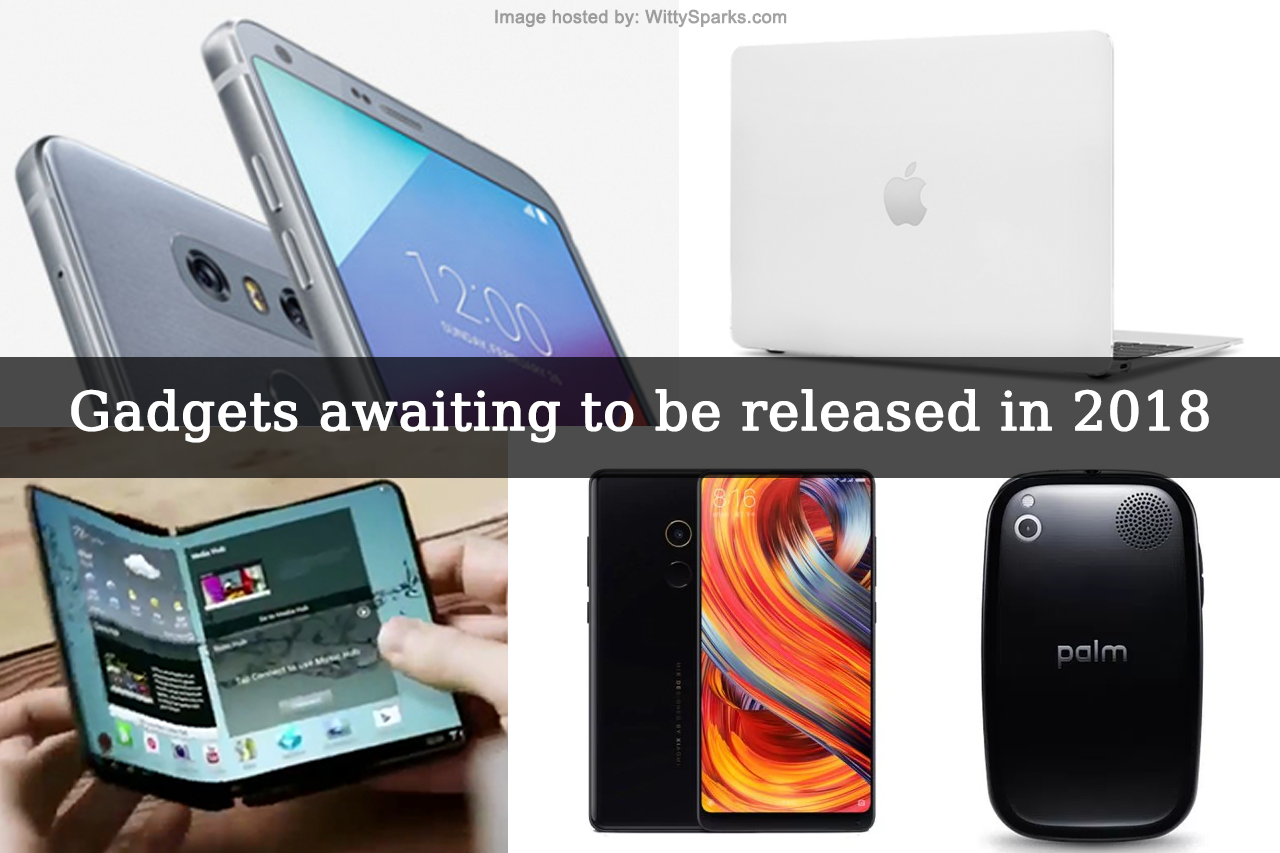 With the pace of gadgets’ evolution moving so fast, there’s always something waiting in the wings. No sooner have you spied the latest smartphone or laptop, there’s the anticipation of something else, the next big thing. Here are some of the much-awaited gadgets set to release in 2018.

After the launch of the LG G6 in MWC this year, LG is now looking for the next big game-changer. The current LG6 is known for its bezel-less design, but this time as per leaks and rumors they will not introduce a bezel-less design instead, we can expect an edge design from G7 or some sources also suggest that it could have a flexible display.

The Investor claims that the LG G7 might arrive much earlier than expected, with LG announcing the new flagship in January 2018. The smartphone will come equipped with Snapdragon 841, dual cameras setup that will be pretty amazing, there are many dual-camera phones in the market, but the LG G7 will be equipped with brilliant features. The front camera will also get a dual setup which will enhance your selfies with various modes.

If we look at the highlighted rumored Specifications, it will come with a Dual (13MP+13MP) rear camera which will be capable of recording 4K videos, an 8MP front camera for selfies and video calling, and will be powered with 8GB of RAM.

In the display department, it will have 4K display resolutions which will be 5.1 or .5.5-inch in size. The current G6 is a little bit big so in the next update, they could reduce it. The phone will be fuelled by a 3600mAh battery this time for more backup.

Samsung after launching the flagship Note 7, now most probably looking at their next foldable smartphone. The Samsung Galaxy X will come with foldable technology, we can also say that the time of curve display is now almost over or will be over within one year.

In the future, Samsung will be looking at foldable displays. The Galaxy X will sport a 4K Super AMOLED display with a resolution of (2160 x 3840), plus it will have a dual rear-facing camera module.

The size of the screen will be somewhere between 5.5 to 5.7 inches. It is believed that the device will be powered by 6GB RAM. It may come packed with Qualcomm’s Snapdragon 845 processor, or Samsung may use its Exynos processor.

However Samsung hasn’t provided much information is about this phone so far, but we can say that it is one of the much-awaited upcoming smartphones of 2018 from Samsung.

The Xiaomi Mi Mix 2 is finally official, although the release date is yet to be announced, it shall be released in early 2018. This is a highly anticipated follow-up to the original bezel-less phone and Xiaomi has gone smaller with its successor.

There is a single camera on the back – the same 12MP Sony IMX386 module, identical to the primary camera on the Xiaomi Mi 6 back and features 4-axis OIS. The front snapper has a modest 5MP resolution.

Power is delivered through a 3,400mAh battery with Quick Charge 3.0 – that’s a drop of 1,000mAh compared to the original Mi Mix, which handled itself brilliantly in our battery life test. It’s interesting to see how the Mi Mix 2 fares.

Apple refreshes its laptops once every year, though the company doesn’t always release all the new models at once or follow a consistent schedule. Apple just updated its desktop and laptop lineup with Kaby Lake processors and better graphics.

Apple broke with decades of tradition to spoil its upcoming product line to the world. And not just any product line: The company gave a sneak peek of its plans for the future of Mac Pro – “A new Mac Pro. And new pro displays, branded by Apple.” Though anything is possible, we don’t expect to see any MacBooks with Intel 8th Generation “Kaby Lake Refresh” processors until Spring 2018.

Chinese electronics company TCL boldly claimed it would release devices under the BlackBerry name to revive the brand, and its recently-released KEYone smartphone proved them right. But according to Android Planet, the company is eyeing another classic tech name to resurrect: Palm. TCL is reportedly reviving Palm with new devices in 2018.

TCL actually bought the Palm name back in 2014, four years after HP acquired the brand, and then shuttered its products a year later after they under-performed. That seemed a tragic end for Palm, which had led the late 90s and 2000s consumer device market with its PDAs and early smartphones, like the Pilot and Pre, respectively.

But it looks like TCL is going to introduce an undisclosed number of devices under the Palm name early next year. That’s all we really know, thanks to an interview the company’s marketing manager Stefan Streit gave to Android Planet.

We can assume that the new Palm devices will run Android, just like TCL’s KEYone BlackBerry phone. The operating system Palm originally developed for its devices, webOS, was included in its acquisition by HP and then sold off to LG, which continues to use it in its tablets and Smart TVs.

These devices sure seem credible and exciting. Also, not surprisingly, the prices for the current gadgets can go lower at the end of the year, when consumers are busy buying gifts for family members or for themselves.