You are here: Home / Autos & Vehicles / The Next Generation of BMW Cars to Come Equipped with SIM Cards 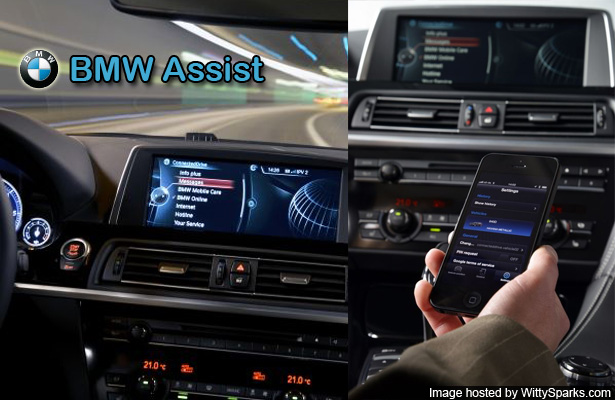 BMW showcased several exciting new advances at the most recent New York Auto Show, including a bevy of new apps and the enhancement of its existing “ConnectedDrive” infotainment system. One of the most exciting bits of news is that many of its models will be fitted with their own SIM cards.

This will be rolled out over the remainder of 2013, with the SIM card technology built into the car.

One of the significant benefits of using SIM card technology is that all BMW owners will be able to pick and choose from an array of services, whether or not they use a personal Smartphone.

Drivers will be able to create their customized profiles and join the ConnectedDrive network, which will serve as a portal to numerous apps and displays. This network is already available in 11 existing markets, but it will be expanded to an additional 14 over the course of this year. It’s estimated that this system will link approximately five million BMW cars by 2017.

What are the benefits of using the Connected Drive network? BMW owners will gain direct access to news updates, emergency services, and other pertinent information. This can boost safety levels, as vehicles can automatically be tracked and located in the case of a collision.

Users can customize their infotainment systems according to personal preferences, downloading apps directly from the network without any need for a Smartphone. There will also be a BMW ConnectedDrive Store offering apps and other services to choose from.

New Apps to Choose From

Drivers can also access third-party apps, including a wide range of music services from Pandora to Deezer. One of the most popular apps is the BMW Connected app, which offers access to web radio, Facebook, online calendars, and Wiki information. However, apps like Pandora are already available for numerous other brands, including Ford and Honda cars.

BMW is increasing its range with more niche products to stand out from the competition. BMW announced new integration capabilities for Glympse, Rhapsody, Audible, and TuneIn Radio at the New York International Auto Show. These will work in their existing versions when connected using the car’s USB port.

To facilitate these apps and create more excellent connectivity, BMW also showcased a portable LTE router. This can be plugged into the Smartphone connectivity kit, creating a WiFi hotspot within the car. BMW has also made this portable by putting a small battery inside it so that you can pop your portable hotspot outside of the car for up to half an hour.

With improved access to the latest apps and improved connectivity, BMW creates a more fully integrated experience for drivers. The first cars equipped with SIM cards will be available for the European market later this year. Still, they are expected to become available in the USA, Australia, and other markets over the next couple of years. There’s no word yet on pricing and availability for the portable LTE router, but it could be seen in new models around the same time.