You are here: Home / Health and Healthcare / What Is the Difference Between a Mediclaim Policy and Health Insurance? 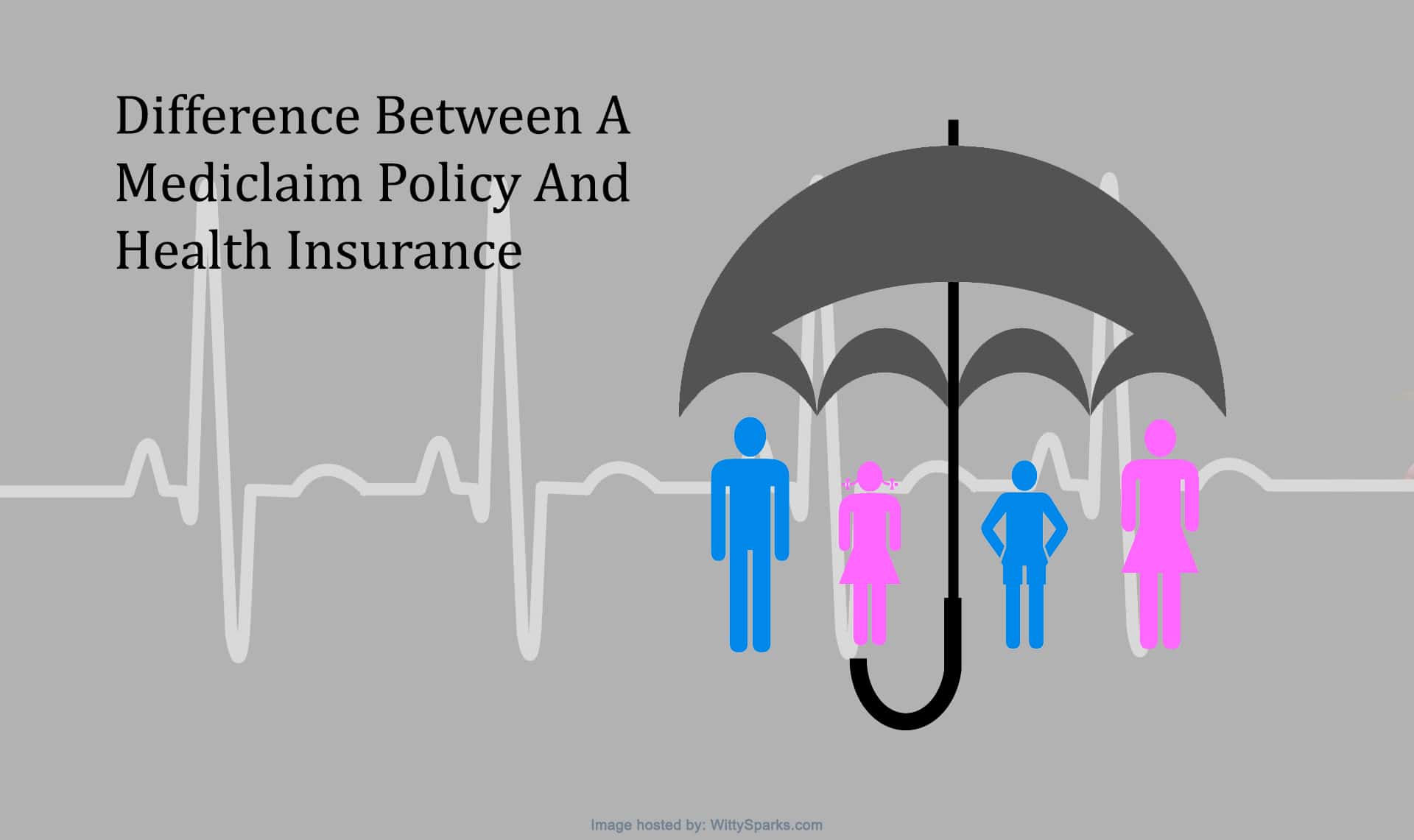 Ever bought a Mediclaim policy and wondered what health insurance is?

We generally subscribe to Mediclaim policies in the belief that it must have adequate health insurance to address all health issues. This is not only inaccurate but might just prove a very costly oversight.

Hence it is of utmost importance that we clearly understand the key features that differentiate Mediclaim policies from health plans so as to opt for the best Mediclaim policy in India for your family.

Mediclaim works on the indemnity principle wherein the hospitalization expenses incurred by the insured are reimbursed, thus covering up the loss.

Unlike the Mediclaim policy, health insurance has various components. Health insurance riders such as accidental disability rider and critical illness rider work on the benefit principle wherein a lump sum are paid to the insured, rather than making up for the loss incurred.

Mediclaim allows you to make a number of claims until the sum insured is exhausted.

However, in health insurance, for critical illness, personal accident cover, and accidental disability cover, the entire sum assured is paid out, so there is no option of making another claim during the policy tenure.

There are mainly two types of Mediclaim policies in India:-

There are three major types of Health Insurance in India:-

So in a nutshell, a Mediclaim and health insurance vary from one another. These two terms are usually used interchangeably. As mentioned above, there are some stark differences between the two. Health insurance is comparatively more comprehensive and provides a cover that extends beyond hospitalization, unlike the Mediclaim policy which is limited to hospital expenses. So, make sure to double-check your requirements and then get either.