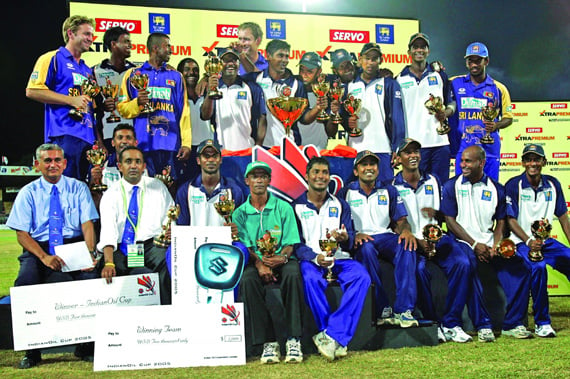 A strong team on paper, the Lankan side is one unit opposition would not like to take lightly. A good mix of

experiance and youth, the team has players who have been a part of the World Cup winning squad of 1996! A solid batting order, good allrounders and some exciting fast bowlers makes this Lankan outfit a favorite in this World Cup. The batsmen are good players of spin bowling and on slow tracks of the Caribbean they could prove to be a handful both with their tall batting order and effective slow spin attack. Also, the side has two former captains and one stand in captain so there wont be any dearth of leadership and experiance!

Strengths: A good batting lineup, decent spin options and a mix of seam and fast bowlers
Weakness: Lack of depth in the bowling 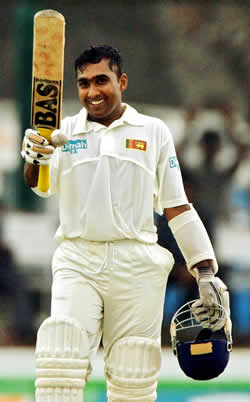 Captain of the Lankan side, he is one of the talented cricketers in the world of cricket. A stylish right hander, he can score on both sides of the wickets. A wristy player which is common of the batsmen from the subcontinent, he is also a good player of spin which makes him effective in the middle overs. 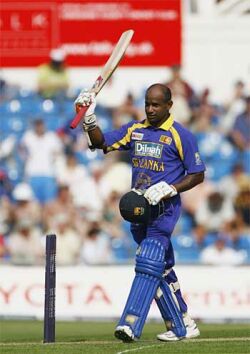 The ‘Marauder from Matara’ has had a reincarnation and this time he is back in a double effective manner. He was written off as a spent force till he showed sparks of belligerence in the recent New Zealand series, the same spark with which he launched his international cricket career. A flamboyant left hand batsman, he can literally cut the ball into two with his strokes! A strong cutter and puller of the ball, he also eyes the point and third man region for boundaires and sixes. He is most devastating when he gets room for he can dispatch the ball with ease and lots of power on both sides of the wicket!

One of the mainstay of the Sri Lankan batting order, this

gifted left hander also donnes the gloves for the team. An aggressive player by nature, he can drop the anchor as and when the situation requires for the team. A solid player through off and leg, he has played some memorable innings for his team.

The wizard and ace spin bowler, his sheer presence in the side and on the field is a big morale booster for the team. With more than 500 wickets, he is a force to reckon on dry and slow tracks which offer help to spin bowling. Even on dead placid tracks, Murali with his unconventional action can turn the ball square and cause lots of discomfort to the best of batsmen from around the world. With the tracks in this World Cup looking to be on the slower side , this spinner will be one to watch out for!

For me, he is the unsung hero for Sri Lanka, who has shouldered the bowling attack for his country for more than a decade now. A fine swing bowler, his left arm seam bowling has dismissed many batsmen leg before the wicket. With the passage of time, he has also mastered the art of reverse swing which makes him dangerous in the death overs!

He is a ‘Viper’ who imparts sting to the Sri Lankan bowling attack with his searing fast pace bowling. Malinga has a rather

unconventional sling action which gives his deliveries pace and swing. He has an effective fullish yorker ball with which he has castled many batsmen around the world. His problem comes with control as he tends to be a bit erratic at times with no-balls and wides. But all said and done, when Malinga’s around he means business!

The team from Emrald Island is a solid team on paper and on the field. The recent series defeat to India might have dampened the teams efforts and hopes but the team has the tenacity to bounce back. It won’t be long before the side gets its act together and once its bearing are in place, oppositions look for cover!