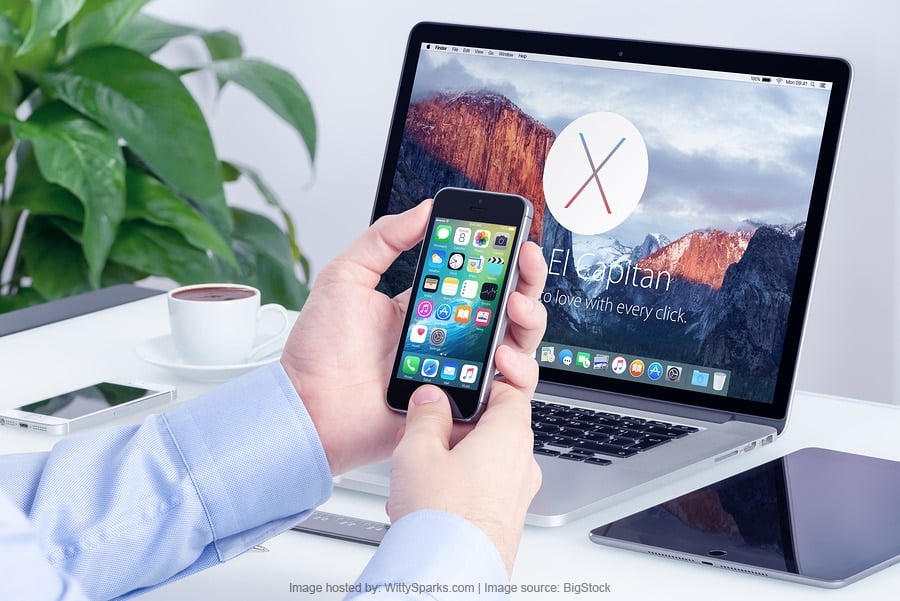 What does 2016 look like for the iOS app market? Within the entire iOS app development world, this has to be one of the hottest trending topics! There are approximately 1.5 million apps on the iOS App Store currently and competition within the market is at an all-time high.

iOS and Android: a never-ending battle! Apple has been accounted for cashing in more revenues for the developers, maybe because of its 20% overall market share or maybe because Android phones are low-end; most of the critics state that Apple’s massive share of developers income is the main reason as to why its iOS is updated on a frequent basis!

Android or iOS: Which platform are developers going to choose next year?

By next year, there would be changes as Google is shifting its functionality to Google Play services from the core OS. Also, Google is inching towards Cloud application development by fusing traditional web apps with desktop apps to guarantee a brilliant user experience.

Apple also has many exciting things in store this year, so if you are a leading iPhone application development company, let us take a look at the key development trends it’s gearing up for next year.

As we all know, the Apple Watch is Apple’s biggest launch within the wearable device industry and is one of the first gadgets released in 2015. Due to this reason, developers need to develop apps for iPhone, iPad, and its latest wearable Apple Watch as well.

The current ongoing trend is that most of the applications being developed are for the healthcare and fitness industry. But in 2016, things are about to change as enterprises are vouching for wearable devices to improve their productivity levels as well as efficiency.

Also, rumors are floating about the next-generation Apple TV, which will feature a full-fledged App Store. Thus, you need to focus on wearable devices and the Internet of things applications apart from smartphones and tablets.

According to a recent report by Gartner, around 75% of the current mobile apps are going to fail in 2016 simply due to basic security tests. Thus, app developers and mobile app development companies need to up their game and stand firm against security threats.

A simple mobile app not configured properly can lead to numerous security issues and this implies a serious concern as most Smartphone and tablet users are shifting their personal and business-sensitive data into these devices.

Thus, enterprises need to focus on better security measures to protect their critical business data. Hackers are a serious threat, from the last few years we have witnessed major hacking threats to large firms and corporations and this will continue if not taken care of. To protect the sensitive data of users, developers need to take better steps towards enhancing iPhone application development security to guarantee improved risk assurance.

Owing to the latest beacon technology, the fine line between offline and online is majorly blurring, especially within the advertising and retail sectors. By integrating this technology within Apple, it’s a great advancement! Within iBeacons technology, it extends location services on iOS-enabled gadgets. Mobile App developers can easily target customers on a more specific basis with Bluetooth low energy.

In 2016, Apple incorporating iBeacons technology within its devices will actively be on the rise with a major emphasis on geofencing as a significant factor. It’s also been noted that a large number of airports, restaurants, fine dining areas, retail establishments, and museums are proactively installing iBeacons to share information and communicate with Apple devices. Owing to this trend, Android is also all set to follow suit this upcoming year.

On a similar note, Wi-Fi is going to be much more than the Internet this year. As most of the apps are using location-based Wi-Fi services, it’s easier for businesses to keep a check on where their customers are located and thereby provide appropriate marketing content on their mobile devices.

With Beacons and location-based Wi-Fi services, be prepared for a revolution to take place as it provides locally relevant content. Thus, iOS app developers and mobile application development companies need to strongly focus on developing applications based on these technologies to provide the latest offers and retail information to customers.

Change is constant! With 2015 giving way to an exciting year ahead, there’s one thing totally clear: mobile app developers and any leading iPhone application development company must focus on developing platform optimized and innovative applications.

Previous Post: « Freelancing in the IT world
Next Post: Financial Foundations: Top Tips for Choosing a Business Credit Card »

View all posts by Ritesh Patil