You are here: Home / Technology / Programming / 5 Lessons Learned While Migrating from ASP.NET to ASP.NET Core 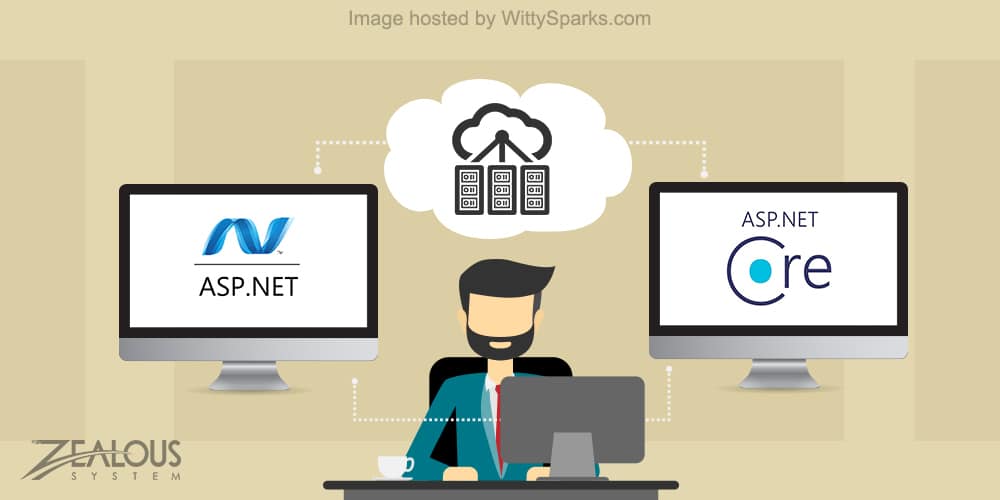 This means it is now possible to develop ASP.NET applications on other platforms such as Linux and Mac.

Although this is not it, there are many new improvements to the new ASP.NET Core framework, which are listed below.

After learning about all these improvements, I finally decided to move an existing ASP.NET application to ASP.NET Core.

Here are the lessons that I learned while doing so.

IIS isn’t really dead. You can still use it as a reverse proxy sitting in front of Kestrel to leverage IIS’s benefits that Kestrel does not have.

What is this Kestrel, though? – Kestrel is basically an essential part of the .NET Core framework that allows deploying any web app as easy as deploying a console app. In simple terms, all the self-hosted packages for web API, SignalR, and others are not needed anymore. Every web app developed using ASP.NET Core becomes self-hosted now.

The new middleware in ASP.NET Core has been designed to replace both handlers and modules. It is basically how Owin and other platforms handle this kind of functionality. In fact, Middleware is easier to work with. And, you will not be able to configure them in a config file either. With new Middleware, both are set in code. You can learn more about it in ASP.NET docs.

LESSON No. 3 – The StreamReader Constructor Does No Longer Work With a File Path

Actually, many simple uses of standard libraries have been changed. For example, in ASP.NET, the StreamReader was frequently used by passing in a file path, but in the new ASP.NET Core, you will have to pass it in a stream. As a result, it may require small refactorings to use a FileStream, in addition to StreamReader everywhere.

Another good example of a change of use of standard libraries is the use of GetType(). The standard library now returns a better version of the object (more simplified) for better performance reasons.

Both Microsoft and the community have decided to merge Web API and MVC with the release of the new ASP.NET Core. The reason is that Both Web API and MVC follow the same pattern for controllers and actions. Secondly, the Web API did not have a view engine like a Razor and was designed to be useful for REST APIs.

MVC, on the other hand, was created for standard web application development with HTML front-ends. As you can see, merging Web API and MVC made sense in many ways. So they merged them.

LESSON No. 5 – Basic Classes Have Been Moved Around to Different Packages

While I do not know why some basic classes, such as FileStream, are no longer in the System.IO package, instead, you’ll have to add the package System.IO.FileSystem.

These changes in basic classes may be confusing, mainly because we generally use class namespaces that don’t directly match the packages. But to clear the confusion, I have found a website that shows where some classes have been moved around.

Microsoft has indeed made everything right with the release of ASP.NET Core. It is basically an interesting web framework to learn or build web applications to shoot MVPs quickly in the market.

Overall, this has been an interesting experience for me and my team, which has helped us to Migrate and develop the ASP.NET Core application from scratch.

Previous Post: « Tips for Enjoying the Hell Out of Your Ride in the Rain
Next Post: Ways To Do Proper Networking As a Photographer »

Pranjal Mehta is a technology strategist and the Founder and Managing Director of Zealous System, which provides innovative and cutting-edge technology models and services to businesses. He has a fierce passion for technology, which is why he is deeply committed to delivering solutions to the key problems faced by Startups as well as Enterprises.

View all posts by Pranjal Mehta