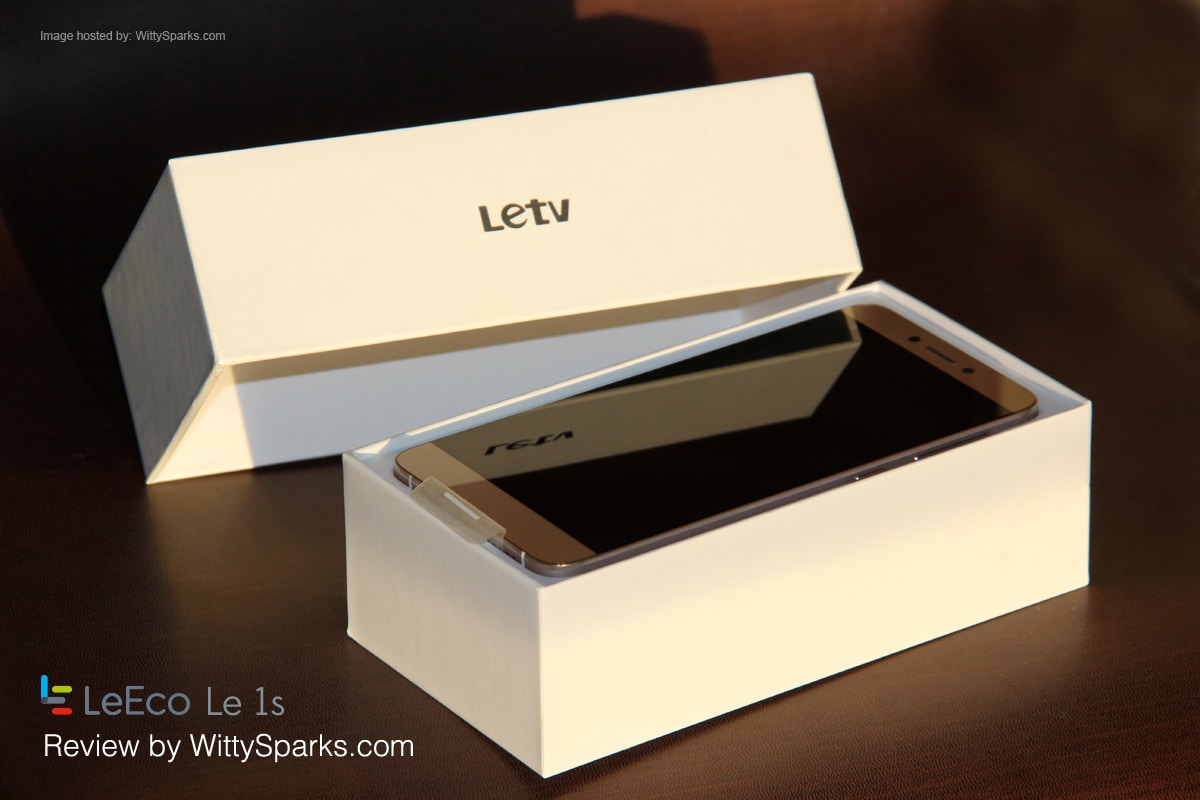 The Chinese conglomerate LeEco (previously known as LeTV) has been streaming video services across China for more than a decade (predating even Netflix by three years).
WittySparks team got a chance to have a quick glance at the LeEco Le 1s:

It holds a strong foothold in the Chinese market by catering to several diverse verticals ranging from Internet TV, film & video production and distribution, smart gadgets & big-screen applications to the development of Internet-linked super-electric cars.

The company that was founded in 2004 by Jia Yueting – a renowned pioneer in China’s Internet landscape, has been a major name in technology-centric markets. It encompasses a number of subsidiaries, and in 2010, “became the first – and to this day, the only – publicly listed video streaming company in China.”

Having re-branding itself as LeEco that expands into ‘Le Ecosystem’ the company also has a refreshing new logo, illustrating four distinctly colored strokes that unite to form the letters ‘L’ and ‘E’. Each stroke is a depiction of the four tiers of its ecosystem – platform, content, device, and application. While the colors blue, red, green & grey are said to characterize the integration of technology, culture, and the internet within the Le ecosystem.

Stepping away from being confined to video streaming the Le Ecosystem is emerging as a diverse global player with an array of integrated offerings across video streaming, content, cloud, applications, and also top of game smart devices.

Previously, the company shared its intent of “looking beyond the Chinese domestic market to compete with global Fortune 500 giants such as Apple, Amazon, and Netflix”. Putting these words into action the Chinese conglomerate marched into the Indian markets with a big bang on 20th January this year. With its generous offering of a range of products the company sure did make some noise, but the most eye-catching elements of the launch were its smartphones – LeEco Le 1s and LeEco Le Max.

With more than 3 million units sold in less than 3 months in other markets, the launch of these in the Indian market was no different, or rather ‘record-breaking’. With 6,05,000 pre-sale registrations waiting to grab the budget smartphone – Le 1s, on Flipkart’s flash sale, LeEco announced to have sold 70,000 units of the smartphone in just 2 seconds creating three ground-breaking records. The Indian Express states these to be “the largest number of phones sold out in a single flash sale, the shortest ever a time for the sale of such a large number of phones, and the highest presale registration number”.

What makes the Le 1s so ‘want-worthy’?

Apart from its premium-looking sleek and stylish metal body, it comes with the world’s first mirror-surface finger scanner, a 3GB Ram, 32 GB storage, dual sim slots, 4G support, a 13-megapixel rear camera, and a 5-megapixel wide-angle selfie camera (just what most selfie-lovers need). Despite its niche offerings, the phone has been priced at Rs. 10,999 to give your pocket a pleasant surprise. Its impressive vast offerings have been appreciated in several reviews making it increasingly likable and a wise buying option.

Below you can have a quick glance at the complete specification of LeEco Le 1s:

Let’s look into deep on the major features / highlights of LeEco Le 1s:

LeEco Le 1s is built with a full metal unibody (single strong structure) made from aircraft-grade aluminum with 7.5 mm thin, sharp, and sleek with C-corners along with shiny chamfered edges gives a gorgeous and premium look. The device with Corning Gorilla Glass 3 with a 5.5 inch Full HD and IPS display with 403 PPI, a bezel-less ID, a screw-less design and a cool touch capacitive buttons stands out for the price range.

This device comes in Silver and Gold colors, the one which I’m showcasing is the gold version and it seriously looks amazing. The single slim slot for dual SIM and the power and volume button looks great at its own place.

This device comes with a nonremovable 3000 mAh Li-Polymer battery which gives you the best battery life. If you charge the device for 15 mins it will give you a nearly 6 to 8 hours of talk time which is made possible with a USB Type-C 24-watt charger which should give you an overall talk time of 10 to 15 hours.

This is one of my favorite features which makes me forget the password, various password patterns and is easy to unlock the device easily and it does within just 0.09 seconds and is the so-called world’s fastest fingerprint scanner. You can input up to 5 fingerprint profiles and apart from just unlocking, you can use this fingerprint scanner to take pictures.

LeEco Le 1s comes with a custom made Eco User Interface / EUI 5.5.008S version (stable release) from LeTv powered upon Android 5.0.2 Lollipop, expecting to receive an Android update soon. You can have a quick glance at the EUI OS preview below:

As the device is powered with 3 GB RAM and Octa Core 2.2 GHz Processor + Helio X10 Turbo MediaTek 6795T, you can have a great experience in playing games, watching HD videos. Even after playing games continuously for 30 mins, we have observed a light body heat (doesn’t overheat) – which is OK to consider. We performed the AnTuTu Benchmark test which recorded the score as 56374 and the Geekbench Benchmark was recorded as 968 Single-Core scores and 5235 as Multi-Core score – which is quite good to consider for the price range and the specifications.

The camera is an another one of our favorite aspects to consider this device as this has 5 MP front and 13 MP rear camera that features Samsung ISOCELL technology, LED flash, phase-detection autofocus (PDAF) with F2.0 aperture, 6x digital zoom along with 0.09 seconds fast focus which makes the device outstanding. You can check the below two pics which are taken in the day time without and with 6x zoom, you can clearly observe how long and the quality of the 6x zoom picture is, we found it not that great as we expected – but OK to consider for the price range. And it allows you to shoot 4K/1080p videos too.

For those who missed out on the previous opportunity to lay their hands on the Le1s sale would not have to wait too long as the clock is already ticking to register for the next flash sale that is going to be on the 16th of February, accompanied by the introduction and open sale of  â€ªthe ultimate selfie provider – Le Max!

LeEco stated its mission is to enhance the lifestyle of its customers by creating extraordinary consumer experiences powered by tomorrow’s technology. Looking ahead, the company holding a market capitalization of approximately $12 billion reveals its interest in the Indian market and is planning to establish its research and development center in India with a potential workforce of 1000 employees. China has long been acknowledged as the largest manufacturing economy in the world and this initiative taken by LeEco may serve as a founding stone for other leading global conglomerates to step-ahead and venture into the Indian markets to explore & leverage its strengths and abilities.

Love the device? You can register and buy LeEco Le 1s from Flipkart.