You are here: Home / Business / Accidents that took over the business world! 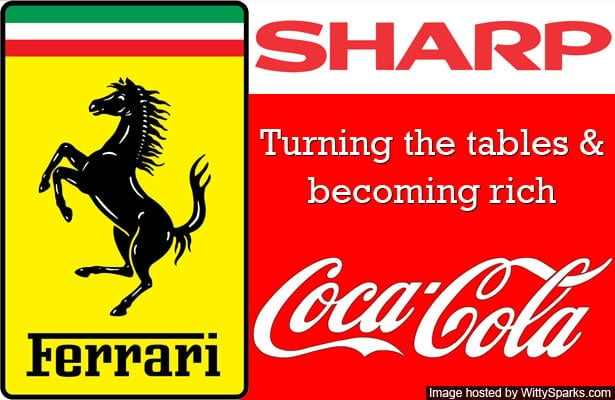 One of the best advice ones can take for themselves is to learn from their mistakes, and that of others; because you may just end up becoming seriously rich! The stories of some of the world’s major brands had beginnings as mistakes, mistakes that changed the fortune of the inventors, and helped build ginormous business empires.

It all started with a joke, John Pemberton the founder of the company let his humor flow saying “Aha! I’ll take some booze and mix it with cocaine!” not a very modest thought, however that initial jolt of crazy is what lead to the making of Coca Cola. Pemberton was a pharmacist living in Columbus, Georgia.

The fierce combination of a stimulant with a depressant was what made him famous initially until Alcohol was categorized as an illegal drug, but the entrepreneur in him was not restricted by this, he went on to change his business plan, he simply removed the alcohol from his coca wine and replaced it with sugar water. And Coca-Cola was born.

This is a story of a man who cracked a joke, built a business empire, then tweaked the ingredients due to changes in circumstances, and crafted a product that everyone knows about. Unfortunately for Pemberton, his addiction to morphine forced him to sell off all rights to the Coca-Cola Company a few years later. A lesson to be learned perhaps!

Tokuji Hayakawa in the early 1900s owned a metal workshop in Tokyo, what he made were pencils that never needed to be sharpened; he named the Ever-Ready-Sharp. While the pencils weren’t getting as famous as they should Hayakawa was forced to leave the city after the Great Kanto Earthquake hit the city, and washed away his workshop.

Hayakawa then fled to Osaka and thought of starting his pencil business again, but then the entrepreneur in him found out that the Radio was going to be the next big thing, he immediately shifted his plans from pencil to an electronics company. Sharp move, by a sharp man, who wanted to simply make Ever-Ready-Sharp pencils!

Enzo Ferrari was a race car driver that’s all he loved to do, his team Scuderia Ferrari. His team raced in Alfa Romeo’s, and eventually, the company hired Ferrari to head up their motor racing division. His passion for racing and cars was definitely noticed by everyone. What went wrong was World War II, when it started, the Italian government took control of the car company, Alfa Romeo.

Ferrari’s team wound up making tools and airplane parts for the war effort, negatively affected by the war and being prohibited to race, the Ferrari team built a car so he could race. Years later, Ferrari officially started his car business, he made cars initially so that he alone would enjoy them and race, but since his hobby was more expensive than he could handle he reluctantly started to sell his cars to the common public. His aim always was to be a race car driver, and his passion knew no bounds.

So that’s how the wise entrepreneurs turned the tables on situations they couldn’t control and built multi-billion dollar enterprises that we all know and love!