You are here: Home / Business / Did you meet the Young Achievers yet? 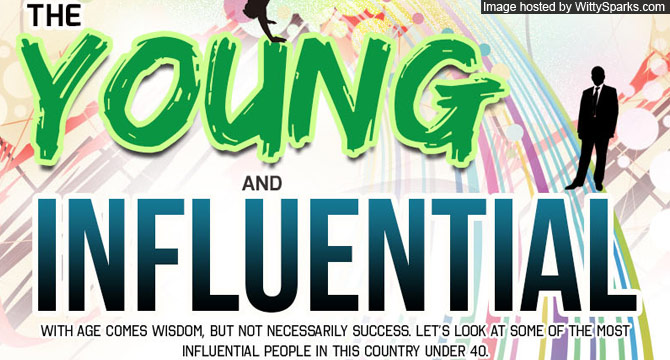 Achievement is such an important thing in each one of our lives yet only a few of us are able to get to it. You could attribute any reason for this achievement but the most popular and important ones are hard work and good luck.

Today let us dedicate this article to some of the world’s most interesting personalities, young entrepreneurs, young millionaires who rose to fame within no time and amazed us all!

The people I’m going to mention now have at a very young age achieved a lot in their respective fields of work. They have become an inspiration to many and will always be remembered for their extraordinary contributions. So without wasting any more time, let’s get started right away!

Let’s start with the person who got the whole world addicted to his creation. At the age of only 20 years, Mark Zuckerberg created the most interesting way of connecting with the world – Facebook! I don’t know of a person who does not have an account on Facebook today.

It is hard to believe how a network that connects 1 billion people worldwide is the gift of a young man of 20. Thanks to Facebook, Mark Zukerberg has become a household name in every country of the world. Being the CEO of the most popular company is still a dream for many of us, while it turned into a real long age for Mark. I’m sure his family and friends are immensely proud of him, and so are we.

The next on the list is Sergey Brin. The man who gave us Google as an answer to all our questions, or should I say as the dictionary of the 21st century! It is very unusual for a 25-year-old picked out of working in a garage to come up with something so useful as Google and not to forget his most popular pet project, the Google Glass.

Brin is now worth 22 billion dollars. God! That is an unimaginable thing to achieve. It seems like this young man didn’t let anything come in the way of his achievement. This is something we should all learn from him.

We spoke about Facebook and then about Google, so how could Yahoo be left behind? Most of us do not know about Yahoo because its current President, Marissa Mayer, is just 37 years old! At a tender age, she gave her amazing services to Yahoo, presently working as the CEO and President.

The 20th Google employee and the first female engineer at Google are rocking the world as CEO, Yahoo, since July 2012. What’s more interesting than this is that the company has witnessed steadily rising stock prices ever since.

Moving on, the next achiever on the list is the multi-talented Frank Ocean. Being as young as 25 years, he has achieved quick name and fame as a singer and songwriter. We don’t usually get to see these two things in the same person, which is why Frank has managed to stand out from the crowd.

He has written beautiful songs for popular singers like Justin Bieber, Brandy, John Legend, and Beyonce. This young man is now confined to writing for himself. Another feather on his cap is that he has been voted the most influential gay man in music. It surely is a great achievement!

I’m sure you know Ben Silbermann! He has made news with his site Pinterest getting into sudden popularity. At the age of 30, they launched the site in 2010 as the co-founder and CEO. In a few months, the site witnessed the most unusual success in 48 million users. This means the site has 7,00,000 new users every month. That is nothing less than a miracle!

Let us now get to know a little about Jared Polis. A representative of the United States at the age of 37, Polis made himself in American political history. He strongly opposes the marriage act and stands in support of gay and lesbian rights. I must say such men are scarce!

Let us now focus our attention on the three men who gave us the world’s largest fundraising platform – Kickstart! Charles Adler 38, Perry Chen 36, and Yancey Strickler, 33, have co-founded this wonderful platform influential enough to change the law. Their main focus is crowdfunding. They want to show the world how useful it can be a unique idea by the trio.

Now let us take a look at the achievements of Brendan Steinhauser. He has gained a name as another and as a tea party organizer. He has done commendable work in his field and trained many volunteers in extraordinary social networking, Voter Outreach, and Grassroots organizations.

It is because of 28-year-old Kevin Systrom that sharing food pictures on a common platform has been possible. He came up with Instagram, where people post pictures of their food. The fact that it has 40 million photos posted or shared per day narrates its success story. Even in the initial days, it attracted 1 million users in just 3 years after its establishment. Can you beat that?

Let us now turn to the world of entertainment. In this area, there are many, but none match the standards set by Lena Dunham. This 26-year-old writer-actress has been successful in impressing both her fans and the critics. She debuted in her career with HBO series Girls, and her work in Girls won her two Golden Globe Awards this year. Time Magazine has also given her the title of the coolest person of the year.

Jeff George also has an inspiring story of achievement. Let us now take a look at that. This 39-year-old man is the global head of Sandoz – a subsidiary of Genetics Giant Novartis. Started in 2007 the annual sales have only been going up until they reached 9.5 billion dollars. The credit of all this should be attributed to none other than the man himself – Jeff George!

Now it’s time to meet Jimmy Fallon! At 39, he has been successfully juggling the roles of an actor, comedian, and late-night host. This man has been hosting his own late-night NBC show since 2009. In 2014 he will be hosting “The Tonight Show.” So let’s wish him all the luck in the world!

The last on the list of the most influential people is Lady Gaga. She does not need an introduction. A singer by profession, this 27-year-old rose to fame and soon had 30 million followers on Twitter. Boy, that’s a big number! She also bagged the Grammy Award for the talent that she has. The stories of all these people prove that achievement comes with hard work and not with age!

Source: The Young And Influential {Infographic}

Previous Post: « ConfirmTkt.com – for those who love to travel by train!
Next Post: Catchbox – The Throwable Microphone »