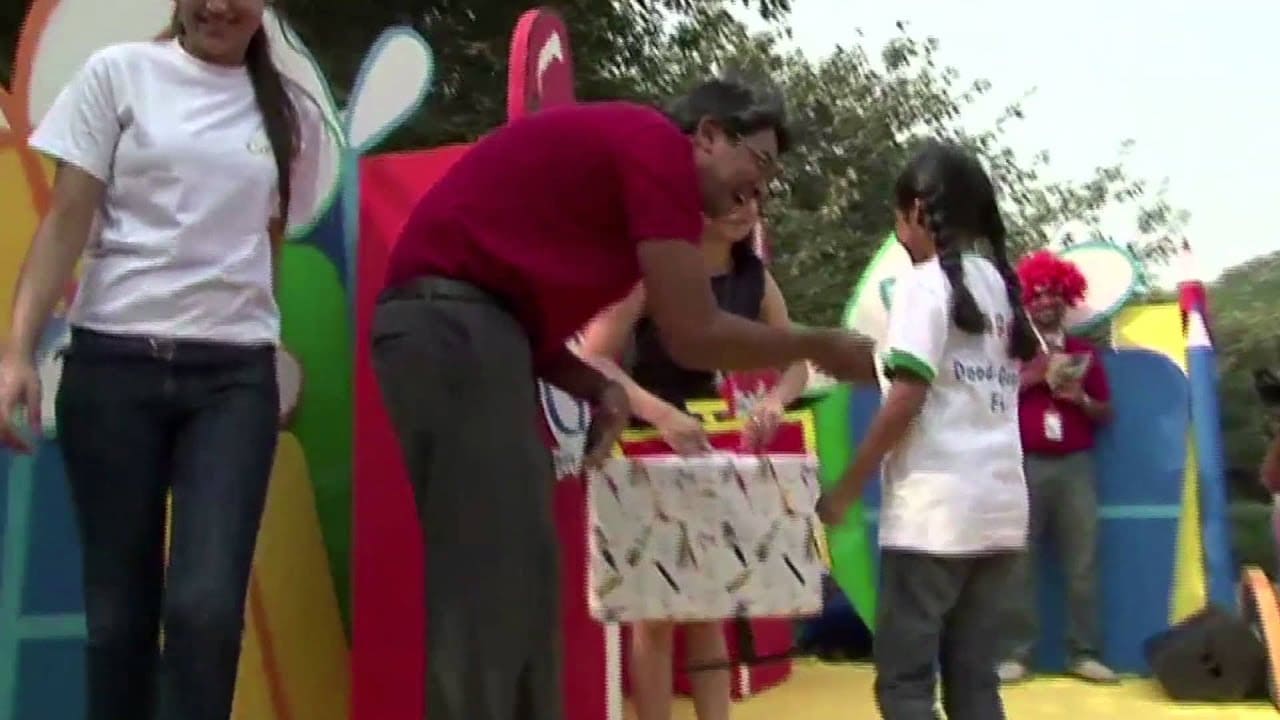 The â€˜Doodle 4 Googleâ€™ Contest is held every year and is open to all students attending a school in India and the submission deadline for the doodles was 31st October. The doodles were judged on the basis of the following criteria:

The contestants were short listed by a panel of experts from various art schools in the country and three winners were announced by an online vote. Apart from that a panel of judges which included cartoonist Ajit Ninan and film and theater actor Boman Irani and the â€˜original doodlerâ€™ Dennis Hwang decided the overall national winner whose doodle is displayed on the Google India homepage (www.google.co.in) as the official Google logo on Childrenâ€™s Day – November 14th, 2012. The theme of this yearsâ€™ contest was â€˜Unity in Diversityâ€™ and Google was looking for doodles that bring alive the things that are uniquely diverse and different yet they unite India.Â  And surely four bright young minds brought this vision of a united India into the doodles they created.

Arun Kumar Yadav, a student of Kenderiya Vidyalaya, Chandigarh was announced the National winner. He drew a mind blowing and creative doodle called â€˜A Prism of Multiplicityâ€™ and is deserving of being showcased on the site’s homepage. Equally creative were the category winners Vasudevan Deepak of Devgiri CMI Public School, Calicut who drew â€˜The Great Banyanâ€™, Shravya Manjunath of Mitra Academy, Bangalore who drew â€˜Unity in dance disperses vibrant colorsâ€™ and S.Preetham Paul of Sri Prakash Vidyaniketan, Vishakapatnam who drew â€˜Striding forward the unityâ€™. The kids were given a number of resources to help them with their doodles such as sample doodles, templates, and tips.

However, nobody does it quite like the â€˜original doodlerâ€™ Dennis Hwang. Google doodles are drawing of the Google logo on the search pages which are the creation of this 32-year-old Google Webmaster. Since 2000, Dennis began celebrating worldwide vents and holidays and his work has been seen by millions of people and reached cult status. Fans await his doodles with bated breath. Here are his top tips for aspiring doodlers:

Do check out the winning doodle by the young creative student from Chandigarh, Arun Yadav, and do share your thoughts with us in the comments below!

I'm a freelance content writer and have written lots of articles for other companies apart from witty sparks. I have a flair for writing and can write on a variety of topics. Although Fashion and latest trends interest me the most!

View all posts by Aliza Ansari