You are here: Home / Finance / Facebook’s Libra: a cryptocurrency Castle-In-the-Air or a new benchmark product? 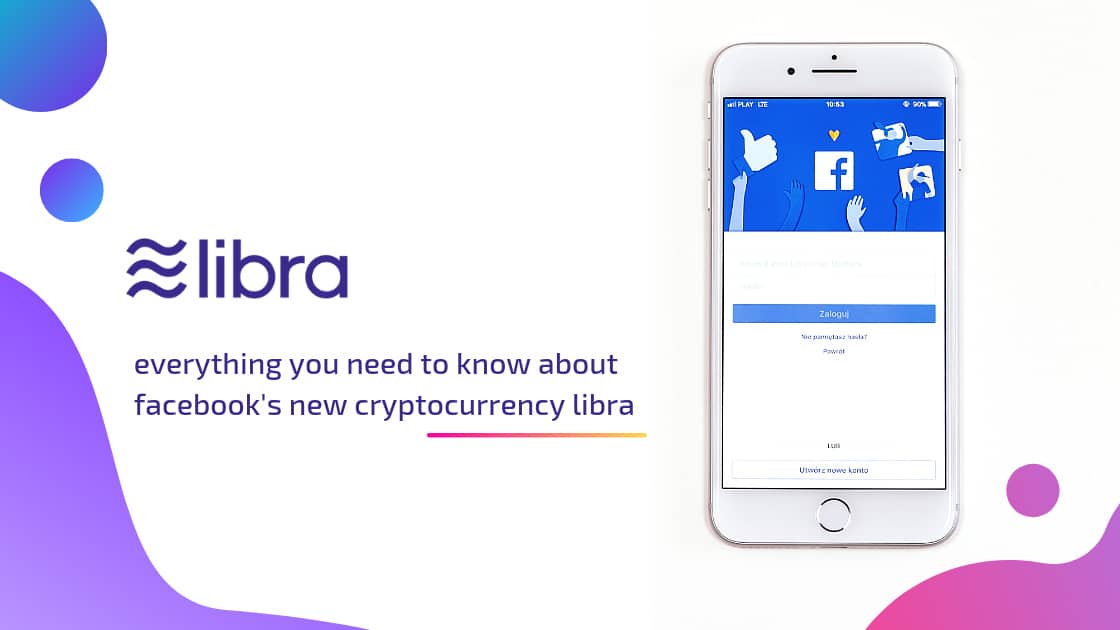 The social media giant Facebook has now entered the cryptocurrency market with its own crypto-coin, LIbra. Even though the Libra association will control the coin and all its operations, made up of heavyweight companies like Uber, Facebook themselves, Lyft, PayPal, and Visa, the initial rein is still going to be in the hands of Facebook.

But what does the future of LIbra hold?

There will not be an astrological prediction about that for sure; all we can do is wait and see.

Libra – Facebook’s New Cryptocurrency Propaganda. What Does The Future Hold?

In this article, we are going to discuss Libra.

Now that I have caught the attention of the technology buffs, we can begin. Apparently, Facebook has already launched the white paper for its cryptocurrency service Libra.

Back in 2018, when the Cambridge Analytica scandal rocked Facebook, almost 50 million Facebook users had their data hacked. It turns out it was during that time Facebook was planning a new blockchain division. Around December 2018, we all started to hear news about how Facebook is coming out with their own cryptocurrency, and this year June, they are finally here, with Libra.

Set to be launched during the first half of 2020, Libra is an ambitious process by Facebook. But what is the basic concept of Facebook?

Facebook’s main aim to fulfill with LIbra is to create a frictionless global currency, which can be used by anyone with a smartphone, especially by people without any bank account.

If Facebook keeps on with this aim and somehow dodges the avalanche of mistrust it is facing since the announcement, then it will face a major success. Because according to Business Insider’s 2017 report, 2 billion people all around the world are without any bank access.

But before the Facebook currency actually achieves that, they have to go through some other problems.

It turns out; Facebook is not the sole owner of libra.

If you’ve been paying attention, you will find out that right now, Libra Association is a Switzerland-based company where facebook is a co-founder along with 28 other heavyweight partners, such as Paypal, Visa, Uber, Lyft, Mastercard, and even Vodafone. Before launch, Facebook hopes to add up to a hundred partners. Each of these partners is supposed to invest ten million dollars in the project. And even though Facebook will play a role of leadership during the initial phases of this project, once the project is launched, all the partners will have the same amount of power.

Even though it is being announced as a cryptocurrency, there is still some misconception about it. So is Libra by Facebook really a cryptocurrency? Or is it something else?

If we are only going to talk about the similarity between Libra and other popular cryptocurrencies in the market, like Bitcoin, we can say that it is a kind of cryptocurrency. The currency only exists in a digital form, and any transfer performed will be recorded on the Libra blockchain. The blockchain will be regulated by the founding members initially, but it will eventually become an open ledger for all.

Another similarity will be the wallet. Libra users will get a specific wallet made for this currency, Calibra. This wallet is going to be pseudonymous, like any other crypto wallet you might have used already. These similarities make us feel like maybe it is, in fact, a cryptocurrency.

But, there are dissimilarities as well. While cryptocurrencies like Ethereum and Litecoin are volatile, their values rise and fall according to market speculations. They are not backed by any other asset. But Libra, on the other hand, Libra will be backed by significant assets that will include bank deposits and government securities in currencies from stable and reputable banks. This is why the value of Libra won’t fluctuate so violently.

The Widespread Mistrust For Libra

The news of Libra was not accepted so well.

Facebook is one of the companies in the world that are known for their major data hack. Besides the Cambridge Analytica data hack, the September 2018 attack also affected around 50 million users.

With such attacks happening, and that too, so recently, it left many people uneasy about their cryptocurrency endeavor. In fact, many went on to express their opinions strongly over Twitter as well. What are their major concerns, though?

The first and foremost cause of mistrust is one of the old ones. Many skeptics are objecting to this project because for a while now; tech companies are acquiring more and more power and controlling people’s lives subtly without being accountable to no one. They are eventually reshaping the world around them and not facing any consequences, and people are tired of that.

1. Centralized Or Decentralized? What Is The Model Here?

Another reason for mistrust is obviously the duality of centralization and decentralization model present in the entire idea of Libra.

While Bitcoin is an entirely decentralized system without any central authority, Libra seems to be wanting to ride on both carriages. Libra will be decentralized because it is based on blockchain, and members would be able to keep track of the transactions. But it is also centralized because of the presence of the Libra Association, the regulatory body.

Feeling a bit confused? If yes, then you are not alone; many others are feeling confused at this mix of centralization and decentralization, so they are not keen on trusting this cryptocurrency adventure at all.

Of course, data security is another matter entirely. Beside’s being known for major data breaches, facebook also uses user data to target ads, which can get pretty annoying. It seems as if they already know whether you need to see ads for makeup or toilet paper just by your data from Facebook. What happens when they also get access to your financial data (to some extent) as well?

And that is the question of making a lot of people suspect the entire project. While Facebook has already said that any transaction data will be kept separate and would not be used for any ad campaign, it is kind of hard to earn back the trust of those users who have been repeatedly affected by the data breaches. And these are all public concerns. We have not even tapped into the legal and federal concerns.

The federal governments’ main problem is related to the mass adoption of facebook currency, which will damage the economy of various other currencies, like US dollars, euros, and pounds. Facebook can do what other cryptocurrencies have failed to do so far, make cryptocurrency widely accessible to billions of people all around the world. And if this gets adopted by the mass, it will affect the fiat economy harshly. The rest of the concerns are obviously related to data security. With all this mistrust and issues, we can only sit back and watch what happens next to Facebook’s attempts at entering the crypto market.

How Is The Future Looking?

So what’s the future of LIbra?

Considering all the mistrust and backlash the project has faced, many different kinds of future can occur to this concept. But here are the top three things that can happen

1. Facebook Actually Accomplishes What They Set Out To Do

The first possibility that can become Libra’s future is that it accomplishes what it set out to do.

With libra, Facebook wants to provide easy financial transactions through cryptocurrency to most of the bankless people in the world. With the ease of spending money through their most-used apps, users would feel financially liberated.

There’s one catch, though. Most of the countries that have bankless populations, like India, have banned cryptocurrency. This is why, even though this future seems to be the most expected one, it is also one of the most improbable ones.

2. The Crypto Coin Is Launched But Does Serious Harm To The Economy

The ease and convenience that Libra offers us can become a big threat to the world economy. While cryptocurrencies are already too hard to understand and use for normal users, Facebook, Messenger, and WhatsApp are something everyone uses. And when Facebook decides on implementing cryptocurrency on these apps, it does create major problems for the world banking system.

While many are concerned about the amount of criminal activity on Libra’s blockchain-based transaction system, it is much more probable that the cryptocurrency will actually end up replacing the major currencies in the world, like the Dollar, as the currency choice for international transactions. And this is probably one of the most real-world case scenarios that can happen in the future.

3. Regulatory And Security Concerns Overwhelms The Project, And It Shuts Down

Facebook is known for playing fast and loose with the user data (even though they will never admit it.), so what happens when major security concerns overwhelm the project?

Even before its proper launch, the entire concept is facing a lot of backlashes. But what happens when all of the security concerns come true? Will it shut down? Probably not altogether. But if Facebook sees that the Libra project is not garnering as much success they thought it would, they would probably decrease their investment and relocate talent to some other plans.

While all these futures seem probable, none of them might end up happening. We have to remember that the product has not even been launched yet. So the only way to know the future of Facebook’s Libra for sure is to wait and see.

So What Is The Conclusion?

The project created by Facebook is certainly an ambitious plan. But due to its scandal-filled history, it seems like Facebook is the main roadblock to its success. But even then, there might be many other users who would adopt this new wave of cryptocurrency. Now whether they would benefit from it or not is only a matter of time.

Previous Post: « 7 Most Important Ways a Social Media Virtual Assistant Can Be Used
Next Post: Everything that you have to know about camping in Rishikesh »