You are here: Home / Business / Secrets for Success in Retail Management 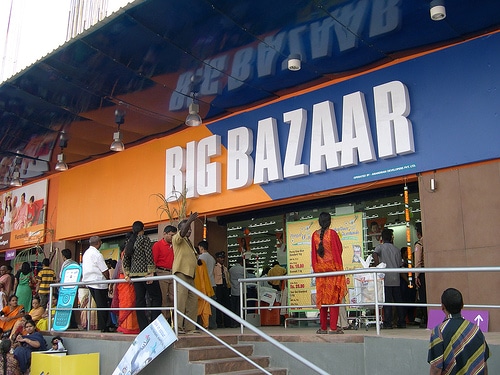 Recently I read the book It Happened in India which is a compendium of thoughts from the Future Group stable and the thoughts of none other than the King of retail, Mr. Kishore Biyani. The book takes the reader through the evolution and the milestones in the business life of Mr. Biyani. Alongside this development, it takes the reader through the evolution of the retail industry in India and eventually the coming together of the present Future Group.

The book has several interesting anecdotes which chalk out the path in the life of Mr. Biyani that eventually led him where he and his two most successful ventures stand at present- Pantaloon and Big Bazaar. In the course of narration, one also gets a glimpse at the consumer mindset and trivia of useful information on the buying behavior patterns of the Indian consumer.

IT Happened in India!

Following are a few select precious insights offered, for more read the book It Happened in India!

Franchisee model comes with its own share of disadvantages

Management is at the level of the store, so, chances of certain malpractices cannot be ruled out. The focus might not be on building long-term relationships but on profit generation. This might hurt the parent company in the long run as the former is not sustainable in the long run.

A large spread of stores could lead to some problems such as lack of standardization. Some other problems could pertain to delay in the submission of inventory statements and sales figures.

In Rome be a Roman!

An extension of this thought can be seen in terms of customization of the services based on the local geography of the place. This implies adapting and catering to the consumer based on cultural and local preferences could get you a band of loyal customers.

Fashion is highly perishable and not getting goods sold in time is a risky proposition. So, do whatever to sell the goods!

Visual merchandising is the in thing and plays a vital role in the way a retail store is perceived by the consumer. Whether you achieve this through end cap displays, cardboard floor displays, or the like, displaying products in a visually pleasing way is key.

Choose your own retail layout

The book says that what works for one store or a chain of stores might not work for another set of stores. This implies that stores need to come out with a layout that would cater to their perceived consumers in the best possible manner. This could also depend upon the floor space and the choice of merchandise and goods to be sold.

Knowledge about your consumers is what is going to give an edge to retail stores, says the book. A diverse country such as India has a diverse consumer spread which makes it challenging for the store managers to come up with new and creative strategies to lure the consumer and bring them to their stores. This could be done by tapping occasions of the region such as festivals etc.

Knowing the pulse of the consumer also gives the retails some kind of a trend that they can use to chart their strategies for the future. The Future group has set up their own in-house facility to study consumer behavior patterns so that they can start abreast of the evolution that happens in the market.