You are here: Home / Soft Skills / Staying Motivated Even When Life Knocks You Down 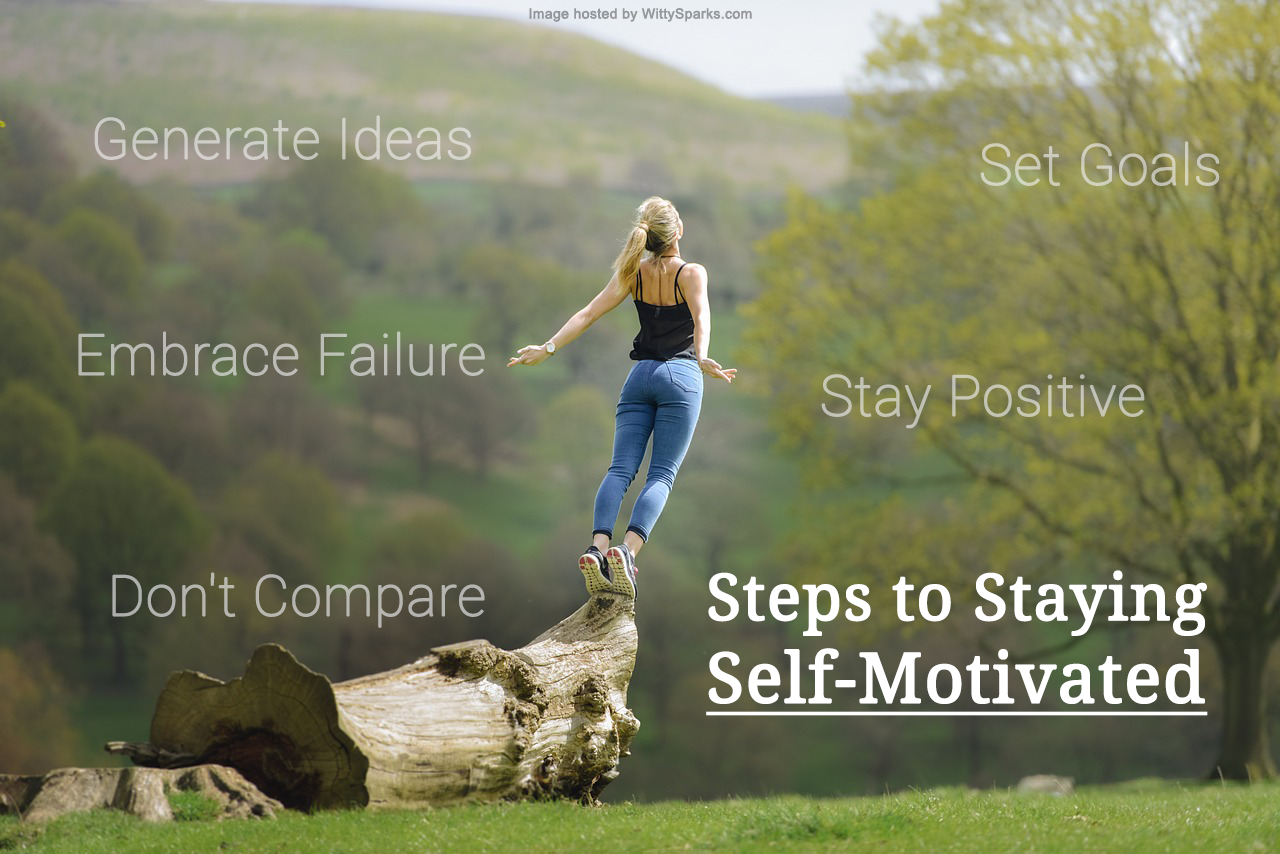 Many of us find ourselves in motivational slumps that we have to work to get out of. Sometimes it’s like a continuous cycle where we are motivated for a period of time, fall out and then build things back again.

Some people just can’t seem to get underway and as a result they simply don’t take action. So, what does it take to get started?

A good way to be continuously self-motivated is to develop and implement the following steps.

When these mental steps are utilised regularly, self-motivation will come naturally when you need it.

“If it’s anywhere near a realistic goal, I say, ‘Go for it’ because, look at me! I never thought that I would be in this place, in this situation, 20 years ago. If THEY did it, why can’t YOU?” – Joy Mangano, CEO of Ingenious Designs.

When life throws challenges, it’s natural to feel like everything is out of control. Ever think to yourself, “Geez, I wish they’d invent something tooâ€¦!” Joy Mangano did. For 20 years, Mangano has been racking up mega-sales on the QVC and HSN networks with why-didn’t- I-think- of-that kind of inventions. Her secret to success? She took control.

Do What You Love

I find motivation in doing what I love every day, which is empowering people to take charge of their health. It drives me crazy that so many people are suffering unnecessarily. Over the years I have seen so many people get healthy with simple lifestyle changes. Sharing this information out with a much larger audience is a huge motivation for me – Dr. Frank Lipman, founder of BE WELL.

It’s easier said than done, but it’s also a crucial aspect of motivation. Apple co-founder Steve Wozniak said his path to success in life was a natural extension of doing what he really liked to do. It’s the adage, “If you love what you do, you’ll never think of it as work.” Also, he wrote in his autobiography, iWoz: “If you love what you do and are willing to do what it takes, it’s within your reach. Don’t worry that you can’t seem to come up with sure billion dollar winners at first. Just do projects for yourself for fun. You’ll get better and better.”

Ever heard of Traf-O-Data? That was Bill Gates’ first business he started after dropping out of Harvard. Traf-O-Data didn’t go anywhere, but Microsoft sure did. The best lessons in life come from failures, not immediate success.

This is why Silicon Valley has become a hub of innovation, because they have established a culture and community that celebrates failure. Out of all the key habits of successful people, one of the most essential habits is that they are constantly experimenting with what works and what doesn’t, while intentionally embracing their failures because it doesn’t matter how many of your ideas failed. All you need is one to succeed.

Don’t Compare Yourself With Others

Comparing what you have and your results to what other people have and have accomplished can really kill your motivation. There are always people ahead of you. Most likely quite a bit of people. When Oprah Winfrey was trying to get a foothold early in her career, she never worried about what others had. Whether it was more money, more ideas, connections, brains, luck. She refused to let it hold her back.

“If you look at what you have in life, you’ll always have more. If you look at what you don’t have in life, you’ll never have enough.” Someone else might have more talent, but that doesn’t mean they’ve cornered the market on success. Oprah said if she let herself believe everyone else was prettier, smarter, thinner, whatever, she’d never have become one of the most successful media owners, talk show hostess, actresses, producers and philanthropists on the planet.

Think Out Of The Box

“What I wanted to do was work for myself. I had 22 jobs before I started my business at 23, and I didn’t want one more boss telling me what to do. So I was motivated simply because I didn’t want a boss.” – Barbara Corcoran, entrepreneur and founder of The Corcoran Group.

OK, so not everyone can be the boss. But you still have your own initiative. Don’t imagine the future from the box of what you have now. Just because your mind is in box of previous experiences doesn’t mean that’s the limits of the world. Your possibilities are much larger. Create the future from the now and from nothing rather than your past to experience bigger changes with fewer limitations.

Surround Yourself With Positivity

“My professional inspiration has no separation from my personal inspiration. It’s people who will stop at nothing to make a positive difference to other people’s lives. I am fortunate to come across quite a few of these game-changing people, and the desire to help (and keep up with them!) is what drives me.” – Richard Branson, Virgin Airlines founder.

Make more regular encounters with positive and motivated people as positivity is a contagious trait that will quickly influence you and keep you motivated.

Don’t Make Success The Only Goal

Uber-director Steven Spielberg has raked in tons of awards and money. But he famously quipped: “I’m not really interested in making money. That has always come as the result of success. But it’s not been my goal, and I’ve had a tough time proving that to people.” Success in and of itself shouldn’t be your motivator. How you get there, and how you define it in the first place, should be the root of your motivation. Spielberg said his professional goal was to make great movies and tell great stories.

So next time when things aren’t going your wayâ€¦. what are you going to do?

Would you throw your hands in the air and give up or would you keep on persevering until you get through life’s challenges?