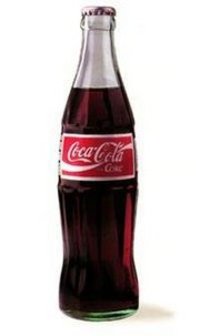 Having talked about sensory branding briefly in the previous writeup, I was intrigued by this concept which according to me holds the key to many companies and products’ success. I read this book on Sensory Branding called BRAND SENSE by Martin Lindstrom which talks at length about the untapped and unrealized potential of sensory branding.

The primary senses which sensory branding deals with are sight, smell, touch, and sound. Well, these are the basic ones but not the only ones and one would discover many more with the passage of time.

I must confess that certain instances mentioned in the book took me by surprise! Following are a few nuggets that I found fascinating and for more, I would suggest you read the book which would introduce and explain this concept in detail.

Create a new image by itself: Coke

Many of us realize that life without sound would be next to impossible just like watching a silent movie! Car manufacturers took a cue from this and created sounds for their cars that are unique just to differentiate their products from the rest. This is what I call using the tool of sensory branding effectively!

An extension of this concept would be the use of the same by Cornflakes manufacturers Kellogg’s who have created a unique crunch sound that identifies the consumer with their product.
Nokia has pioneered in terms of using sound effects, a reflection of which can be seen in its mobile ring tones.

All of us are of the understanding that carrot is orange in color, but did it ever occur as to why is it so? Sounds crazy, isn’t it? Well, not quite, the book says that the Dutch wanted to brand it in its national color which is orange, and chose carrot as a vehicle and that is how it acquired its color!

Maybe it might not have met its objective but then it acquired the color and perhaps lost out on the efficiency of the message!

Coke when it was launched became a runway hit not just because of its drink. The drink did contribute to its success but it was the unique shape of the bottle that made it a favorite with the consumers. Even a blindfolded person could recognize the brand without tasting the drink by just feeling the contours of the bottle! Now that is touching the senses.

The same by my understanding could be extended to pens too. The fact that Parker is preferred over some other brand by some people might not pertain to the quality of ink or the ease in writing alone. It could also be because of the shape.

Many times we go to a restaurant not just because of the food it serves but because of the ambiance. So, what comprises ambiance? It is the smell, the looks, the interiors of the place that draws us to it and which brings about the difference.

Singapore Airlines states the book has one of the most complete approaches to sensory branding. It has touched every aspect to reach its customer in the best possible manner. Be it the ambiance, the aura, the interiors of the plane, or the dress of its air hostesses, the Airline has touched the touchpoints very effectively!

So, branding the senses is a thing for the future and the way the companies are taking to it to get an edge, one thing is for sure- It is here to stay!