You are here: Home / Finance / Bitcoin Hits Its Highest Price In 2019: Will It Be Worth Investing? 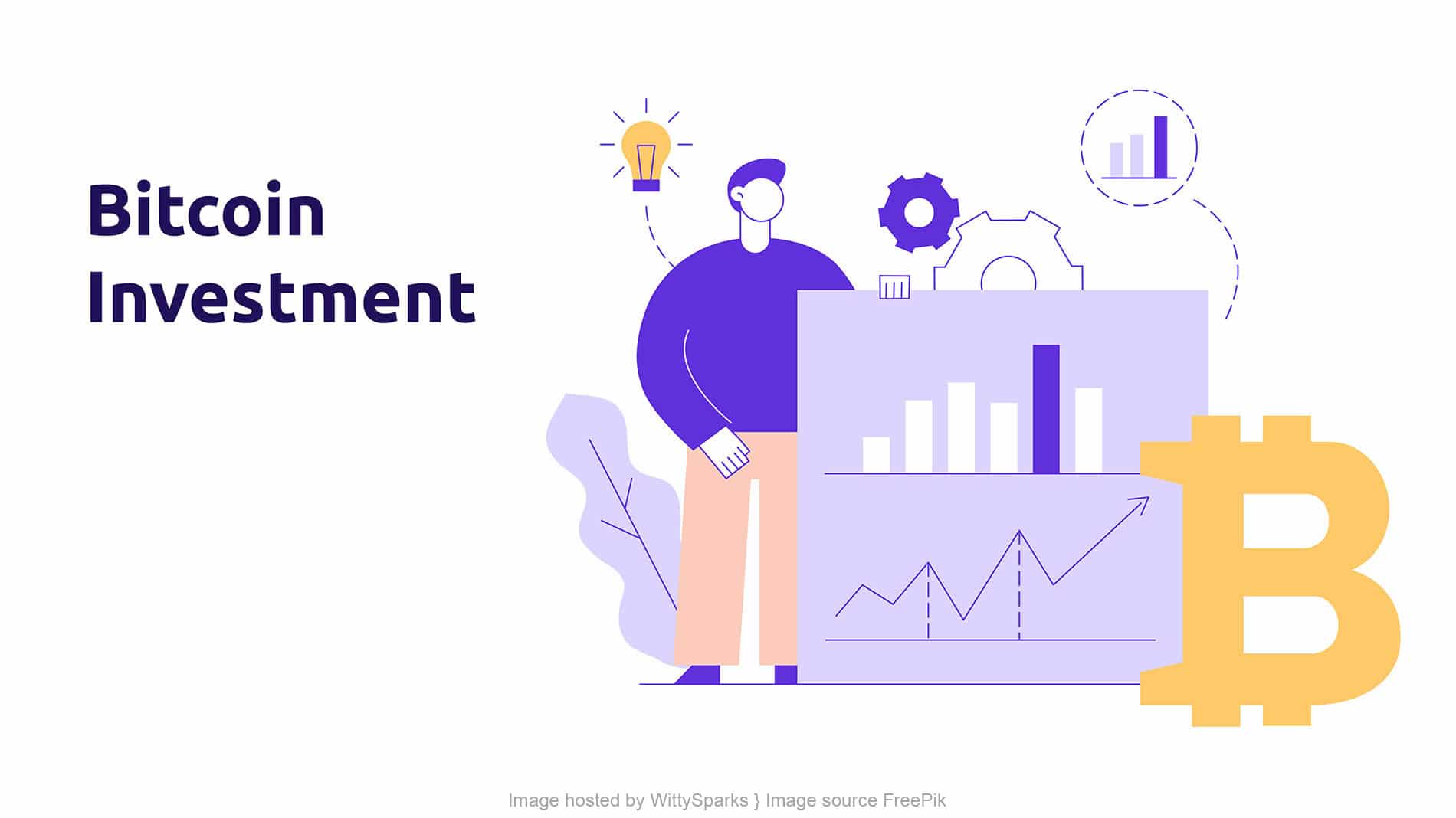 Bitcoin has had a rugged past. As a monetary revolution, it was welcomed by investors rooting for better investment opportunities, but unprecedented scams and fraudulent practices left it scared for over a decade. Interestingly, however, the market saw an unexpected rise in its value lately.

Read this blog to know:

Have you ever traded on Bitcoin? Do you take an interest in digital currencies like Bitcoin/Ethereum/etc? Or are you new to cryptocurrency altogether? Whatever it is, you’d gather a basic speculative idea on the recent status of cryptocurrency trading after reading this; even if you’re not a professional trader.

Is it the right time to invest in Bitcoin?

You must have heard of Blockchain. Basically, it is a system of encrypting and securing data using the network model. The data can be anything, financial transaction/government report/public records/etc. It is used to safeguard information against hackers and similar cyber threats.

The capital market introduced a new system of trading that would use the blockchain platform as the medium. This new system of digital money came to be known as cryptocurrency. Traders worldwide were moved by how individuals and organizations can successfully reap profits by mining these digital currencies.

Enters Bitcoin – The One to Rule Them All

Out of the many digital currencies, the one that became the most used and sought after was Bitcoin. While people still traded on other digital currencies like Ether, etc, Bitcoin gained huge popularity because of its market share and wide appeal.

Plus you have to consider the time when it was introduced. Bitcoin was, in fact, the first digital currency introduced in the market, which was later followed by other cryptocurrencies. Whenever you open any article on cryptocurrency, you’ll definitely come across this term.

This takes us back to early 2008 when Mr. Nakamoto (founder of Bitcoin) was yet to unleash his innovation. Prior to this, there had been many attempts at creating digital currencies with encrypted ledgers. Bit Gold was one of the many trials that never really tasted success.

A new system was introduced by someone named Satoshi Nakamoto (although this is an alias, his real identity remains concealed to date). The system was made public in 2009 when investors came to know about mining (the very process of creating Bitcoins and recording the respective transactions in the Blockchain platform).

As Things Changed With The First Trade

Till now, no one traded it in the market. One fine day, the market was moved when an anonymous investor traded their Bitcoin for the very first time, creating value for the newly invented digital currency. This took the market by storm, and immediately rival companies followed this footstep. Litecoin, Ethereum, etc began striving for a competitive edge by offering higher transaction speed. Eventually, the market became populated with over 1000 cryptocurrencies.

Things became worse when Bitcoin faced scams. As a result, the market crashed, leading to a drastic decline in their appeal. The scam was a black stain on Bitcoin, as it lost the goodwill it was building as a newly introduced monetary system.

This is the very event that has left an everlasting impact, as governments became skeptical about cryptocurrencies and pushed for policies to place a ban on this new system. There were not one, but multiple scams that eventually led to the disappearance of a huge number of bitcoins.

Light At The End Of The Tunnel

But things changed when the market again saw a steady inflow of cryptocurrencies. Naturally, investors resumed their digital trade that eventually brought back the value from $11billion to the current $300 billion. To re-establish the lost faith, big banks like Barclays, BofA Meryll Lynch, Goldman Sachs, etc started offering public assurances by offering crypto exchange facilities. Plus the continuous innovation of Blockchain security only enhanced the willingness to go for digital trading.

Due to the scams, Bitcoin trading faced a sharp decline in 2009, but from the end of the year, it resumed climbing the ladder. Investors started looking at it as a calculated risk, and the big banks, as mentioned earlier, facilitated and encouraged the transaction. Just take a look at the increase in monthly Bitcoin transactions:

As you can see, there’s a slight dip in late 2009, due to the crypto scam. But see how it steadily regained its goodwill and usage amid the investors. There are some short-term fluctuations indeed, but overall, Bitcoin has maintained consistency in steady growth with time.

Cryptocalypse – The Unprecedented Crash Of 2018

Take for example gold. As you know, gold is a natural resource. So the supply is limited. What happens when people keep mining gold? Exactly! The quantity is reduced. It makes gold scarcer and scarcer with time.

The same happens with Bitcoin. As a cryptocurrency, Bitcoin becomes scarcer with every mining activity. This scarcity increases the value of Bitcoin, hence the increase in price. With only 21 million Bitcoin in circulation, it becomes harder for an investor to get enough of it since so many people are engaged in mining activity.

Some Interesting Facts about Bitcoin Transaction

There are many advantages to trading in cryptocurrency. The traditional modes of capital transactions have been revolutionized by the digital platform of Blockchain. See how Bitcoin has helped in breaking certain boundaries that previously shackled the financial world:

So you see why many investors consider Bitcoin as a potential tool for investment. It comes with necessary benefits despite the downfalls and rugged growth it faced in the past.

Many reasons were pointed out as the primary causes behind the crash of 2018. Some experts even went to the extent of stating that it was a global conspiracy scheme to rob investors of their digital wealth. Some even said it was the result of a crypto civil war that eventually led to the collective demise. Whatever they were trying to convey, in actuality, the reasons were pretty simple:

This has been happening since Bitcoin has been adopted as a lucrative trading currency. People started considering crypto trading as another form of capital market game. And since the supply was limited, the value kept increasing. As a result, people began nourishing unrealistic expectations for it. The investors thought that Bitcoin mining would eventually increase the value tenfold, and hence the profit. Also, there were rumors that millions of dollars have come into circulation in the market, which in turn propelled the idea of profiting more on bitcoin investment.

Blockchain is a decentralized data platform, excluded government intervention. While it thrived the process, making it more efficient and restriction-free, it also invited fraudulent activities to tarnish the established image. The idea of a quick and easy return gave rise to fraudulent schemes that robbed the customers of millions. And since the system is decentralized, the lost currencies could never be traced. Reports have it, billions of Bitcoins that were looted in the scams are still missing and untraceable.

The dark history of consistent fraudulence forced Korean governments to take serious actions against Bitcoin and cryptocurrencies in general. The price disparity between Korean and other exchanges forced global markets to exclude Korean exchange from the price data. The continuous illegal practices and market manipulation forced the Korean government to contain this unregulated body of finance.

China too became highly skeptical of this unregulated system. The government feared that if the practice remained unchecked for too long, it would gradually destabilize their Yuan, hence the economy. The government thus put a ban on domestic and international trading of cryptocurrencies.

The only Asian country in favor of Bitcoins and other cryptocurrencies to date in Japan. But the negative approach from two major Asian countries made investors withdraw from the market.

Recently, Bitcoin has hit a successful $8000 since July 2018. Surely it’s not the highest in its history, but given the gravity of its demise in 2018, it surely is a big comeback. It was all but downhill since last year’s July. No month saw any sign of ascension. It was only in 2019 that the $8000 value made a surprising comeback.

Some possible reasons that might have led to this rise:

So Is It Worth Reconsidering Bitcoin In 2019?

Things look a little topsy turvy for Bitcoin. The current scenario is a bit confusing. Investors all over the world are cautious from the previous year’s crash but are also willing to plant hope, given the current price rises.

Wences Casares, CEO of Xapo, presented quite an optimistic view when he remarked that Bitcoin value might increase 250 times in the near future. Although the 7000 worth of BTC getting hacked in Binance left a permanent scar on the investors, still some experts like Cesares are hopeful about its future. The enthusiasts are on the edge of speculating whether the BTC value will reach $50,000 or not.

The famous Bitcoin enthusiast Tim Draper went to the extent of saying that by 2021, fiat currency would become obsolete and that people would transact using Bitcoin as the sole medium of exchange.

Samuel Leach, CEO, and Founder of Yield Coin, was a witness to the devaluing of Bitcoin from $15000 to just above $3000. Yet he has a strong feeling that Bitcoin would recover its original value of $15000.

Still, there’s a looming uncertainty that plagues the investor speculations. No one can be absolutely sure whether Bitcoin would re-establish its lost glory. Experts like Kristjan Dekleva even asked investors to be cautious and not expect any positive outcome before 10 years.

Bitcoin, like other cryptocurrencies, is new to the market. As of yet, there is no regulation controlling every facet of it. Plus the decentralized system makes it all the more volatile. It is prone to fraud, but at the same time, it can help eliminate the fiat money we have in circulation.

The thing that keeps investors looking forward, is that prices could be regulated much better with cryptocurrencies, as the money supply is limited, making it impossible to inflate or counterfeit.

Also, the market condition should be examined properly before investing in cryptocurrencies. You should check for the alternative investment scopes and how they can affect Bitcoin as an investment tool.

As blockchain looks to revolutionize the banking system, investors remain careful about going for any recent move. The majority of the experts suggest waiting till the volatility is over.

Should you speculate soon enough or should we let the market stabilize with time? What do you think?