You are here: Home / Technology / Automated Testing and The Pursuit of Perfection 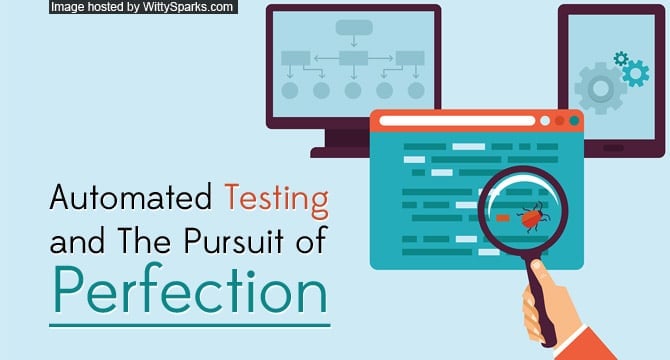 Many people on the outside don’t understand just how cut-throat the tech business world can be. While there have been many different breakthroughs in the market, companies are always looking to copy the one at the top of the hill.

This happened with the iPhone, the iPad, and the regular old Windows computer back in the day. All of those gadgets were the first of their kind until they weren’t. The competition is insane, and there is a case to be made that there isn’t a sector of the business world that even comes close to the pressure.

What Can Get a Company to the Top of the Hill

A company that finds a new product is going to be one that gets to the top of the technology market quickly. The problem is that it is easier said than done. Apple turned the consumer gadget world on its head when it first announced the iPad.

Since then, the company has had to stay ahead of the game by making improvements. Some of those improvements have been subtle, like the screen definition or weight.

Other times, the company has had to develop operating system improvements, such as the launch of iOS 7 last fall and the upcoming iOS 8 this fall.

The truth is, most success in the tech world comes from the coding behind a device, more than what a gadget looks or feels like. Apple understood this by developing its own operating system in the iOS for the iPhone, the iPod, and the iPad.

The development of the operating system and other software that makes the gadgets as good as they can be is what really gets a company to the top of the hill. The downside is a weak operating system, or bug-filled software can take a company down pretty quickly and pretty decisively.

Obviously, testing is the best and surest way to make sure that your software runs correctly. While some companies are spending the money to have someone sit at a desk and go through the code line by line, a relatively new process has proven to be more efficient. Automated testing is simply a better way to handle software development and in-house automation.

Automated testing isn’t that old, but it’s already getting a foothold in the tech world. The process doesn’t have a whole lot of downside, and there are all kinds of upsides. Software developers the world over are starting to use the process as if it’s just another step in the creation of an operating system or the backbone of the next great gadget.

While the process alone isn’t going to guarantee that a firm rises to the industry ceiling, it’s something that will make sure it doesn’t fall through the basement.