You are here: Home / Career and Employment / Autonomy: How to Use It to Motivate Employees 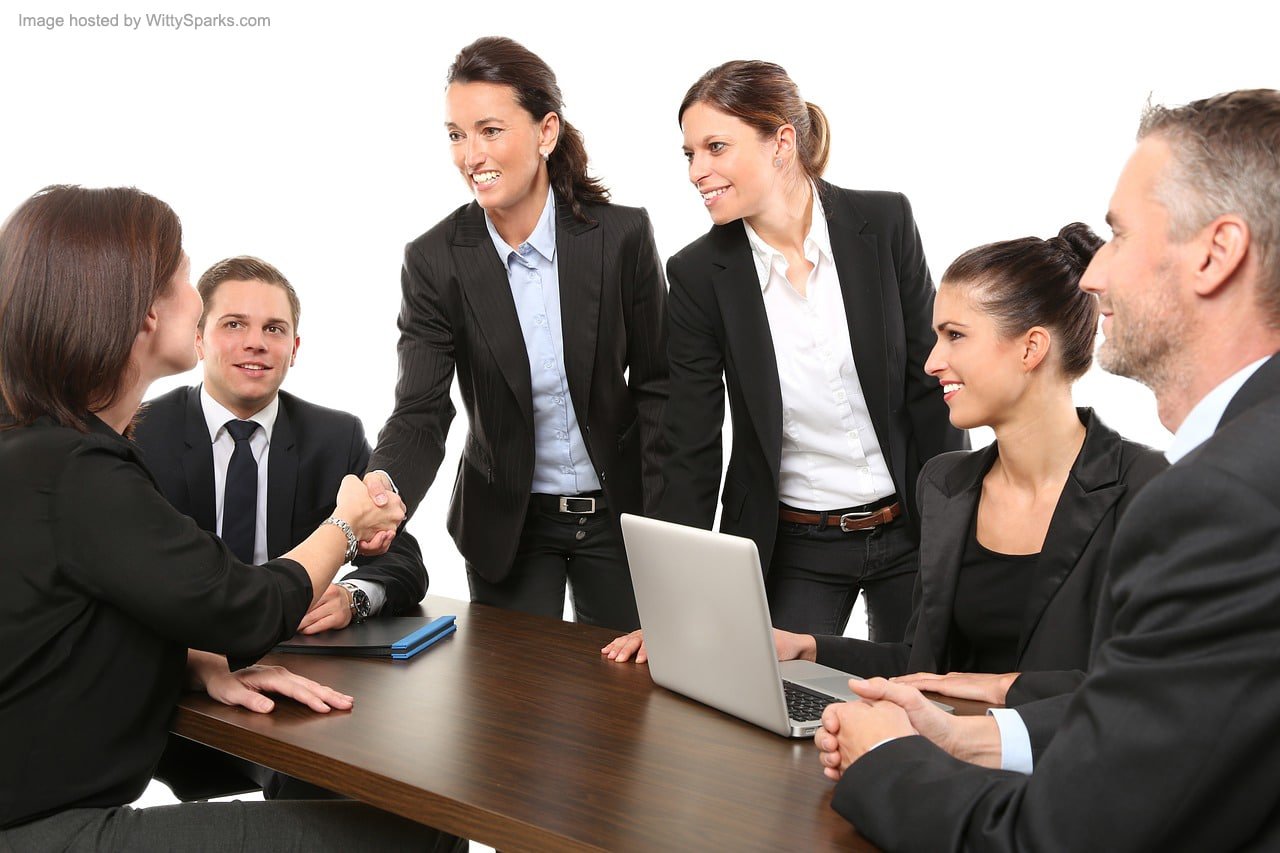 Often unnoticed and unrecognized for its impact, autonomy can significantly increase an employee’s motivation and productivity.

I would say that every high-performing job accomplishes the following components:

However, many HR managers often miss that last one. Why that is, I don’t know. There are so many ways to give a job meaning to the extent that you’re scratching your head thinking, “Why aren’t they proactively making employees’ jobs meaningful?

I mean, whenever I’ve gone on job interviews or worked, I’ve rarely seen the last implemented. Steady income, job security, and prospects for career development and advancement were included in the job description; the manager made it a point to provide organizational support, the necessary resources, and recognition when necessary; and appraisal is pretty much a given.

Still, making the job meaningful is not a given. Given that many employees are coming to a job solely focused on extrinsic motivations, shouldn’t every HR manager be thinking about how to make the job intrinsically motivating and meaningful?

Last week, we touched upon the importance of creative control in a musician’s work. Musicians crave it. While it may not always lead to success, we’ve seen that it leads to satisfaction and enthusiasm.

Why? Because it makes their work meaningful; they are doing it because they love it. We want employees to feel the same meaningfulness that creative control provides musicians.

In that same post, we touched briefly upon autonomy, something that makes jobs meaningful. In this blog entry, we will explore why that is by analyzing employee autonomy. More than that, we will talk about how you can use autonomy to redesign an employee’s work.

It’s important to define autonomy clearly so that we have a foundation for our post:

Autonomy refers to a person feeling that they can “determine how it [work] is to be done.” I/O at Work further goes on by describing it as an individual having “freedom over the process through which they achieve their goal.” Both definitions have the same implications: An individual can determine their schedule, e.g. flexible hours; where they complete their work, e.g. telecommuting; and how they complete their work, e.g. playing music while they work.

Why is autonomy important? How does it affect your intrinsic motivation? I mean, who cares if your manager determines your schedule? My life is so much easier when a manager just does it for him or herself, right?

Well, the reality is that autonomy has long-lasting impacts on employee motivation, satisfaction, and engagement. Have you ever had that moment when you’re with your coworker in the cafeteria, and he or she starts telling you, “You know, I’ve noticed that you type only using your left hand. Maybe you do that because you want to have your right hand free to use the mouse, but I think you’d type a lot more quickly with both hands.”

Some people appreciate the feedback and need it, but you like having control of typing however you want, and you’ve been typing this way since you started working. It really doesn’t affect you, and no manager has brought it to your attention. Additionally, you like knowing that, even under intense pressure to get work done by the end of the day, you still can determine how to do this one aspect of your job, just one.

You’re thinking to yourself, “I’ll type however I think helps me get my work done! Leave me alone!” Of course, you don’t want to start an unnecessary conflict, so you just say, “Thanks for the advice!” But the “… get my work done” captures the essence of autonomy: People inherently want control over what they do and how they do it. Wondering why?

This leads us to self-determination theory (SDT). SDT is yet another motivation theory that explores what drives (or motivates) individuals (Deci & Ryan, 2012). While you may think it’s money (rewards) or recognition (achievements), SDT argues otherwise, stating that we are driven by three things:

According to SDT, when we lose autonomy, our motivation decreases; we need to feel that sense of control of our lives.

According to SDT, the overjustification effect makes sense. When you work because you love your job, you have agency. You are the one who wakes up every morning and says, “I get to go to my job today!” However, when extrinsic motivators are provided, you lose that agency; they drive your behavior. Perhaps the overjustification effect does not only describe autonomy; it proves it.

However, there are empirical studies that validate Deci & Ryan’s work. They carried out several experiments to prove SDT, and in one experiment, they conducted the following:

They introduced an extrinsic motivator to one group of student workers suddenly, only to have that extrinsic motivator be taken away later. This experimental group was paid $0.50 for making headlines for the student newspaper. They also had a control group of student workers who were not paid. They measured both groups’ motivation through how quickly they could write
headlines.

We can calculate the t-value between losing their pay (sample 1) and getting paid (sample 2), with the means and standard deviations of both samples’ populations being equal to 0 and 1, respectively. (Both distributions have been standardized.) Results are below:

If we round the p-value to 0.10, then this provides statistical significance. (At the time, the confidence level was 0.10.) See the calculations here.

We can do some statistical analysis of this as well, just using proportions instead:

The t-score is 1.2744, and the p-value is 0.10204. If we round down again, then the result is statistically significant at a confidence level of 0.10. See the calculations here.

Based on just this one study (though I am not saying that I’ve verified the validity and reliability of SDT), we have some inclination that people need autonomy. But do they need it at work?

Autonomy in the Workplace

I/O at Work defines task uncertainty as “the degree to which it is possible for a team to predict which tasks must be executed, when, how, and to whom.” When employees work as a team, autonomy gets team members working together to figure out how to handle that uncertainty, leading to increased performance.

According to this cross-sectional study of government-run community health centers conducted by Lin, Lin, Lin, & Lin (2011), structured equation modeling, which is a form of statistical analysis using many variables, e.g. age and level of education, autonomy was found to have “positive work outcomes: greater work satisfaction, and less intent to transfer and intentions to leave.”

Academic OneFile provides this example: The Scottish Legal Aid Board in Edinburgh abolished existing rules around working hours, established teams, and made them responsible for covering business needs and hours of work.

All staff members are now on flexible arrangements, dramatically decreasing overtime costs and cutting turnover nearly in half, from 23% in 2000 to 12.7% in 2006 Customer satisfaction rose to a respectable 80% and employee satisfaction is now at 93% “In 90% of cases,” says a spokesman, “we are finding that those who work flexibly generate greater output.”

Forbes shows that while organization stock ownership alone does not increase motivation, combining it with autonomy does: For example, when job autonomy was low, the Leslies felt 74% more ownership towards their jobs than the disengaged Aprils. When autonomy was high, however, the difference between the two groups shrunk to only 9%.

All in all, autonomy is a positive force for your organization because it gives ownership overwork and allows them to them figure out how to complete tasks on their own, rather than having it dictated to them.

More important than the theoretical and empirical support for autonomy is the implementation of it. As we know, work design refers to changing the structure of a job in order to increase an employee’s productivity (and hopefully to increase his or her satisfaction, engagement, and commitment as well). It can be implemented in several ways:

Job enlargement refers to the process of increasing the number of work activities an individual is responsible for. Although it isn’t inherently autonomy-based, if implemented the right way, you provide the individual with more autonomy.

Job rotation refers to the process by which you rotate employees among different assigned jobs. Note that it is distinct from job enlargement in that it assigns an employee to an entirely new job whereas job enlargement simply provides an employee with additional tasks related to his or her current job.

Regardless, just like job enlargement, it provides the individual with autonomy in a unique way. Because the employee is continuously switching between jobs, a manager is unable to oversee the completion of his or her work.

You, as a manager, should be willing and open to giving that employee autonomy, just as you would with job enlargement. He or she can try new ways of completing the work more efficiently, which provides good feedback to other employees.

Job enhancement refers to the process of making work a more natural, complete unit than one specialized part. Again, while it does not in and of itself increase autonomy, it still gives them more control over how the work is to be done.

Because an employee is now responsible for a larger sum of work, he or she has control over more aspects of that work unit. A manager is giving him or her control to figure out how to oversee more work units rather than just one specialized unit, in addition to the fact that other employees could be doing that work.

Telecommuting refers to an employee’s ability to work from locations that are remote, perhaps from a local library or cafe. The individual can now decide where he or she works, what resources he or she decides to use, who his or her “coworkers” are (namely, the people sitting next to him or her), and when the hours are.

As long as he or she submits his or her hours to payroll, the employee is paid and recognized for his or her achievements.

He or she collaborates with the manager to create a schedule that works for both parties, and the employee is responsible for those hours. Again, this gives the employee much more autonomy over his or her work, because he or she now has more control over their schedule, rather than what the manager decides.

Conclusion: What You Can Do

When creating job descriptions tailored to the organization’s needs, it is easy to focus on only the work components. It becomes assumed that the person who is hired for the job will find it meaningful.

But if you want to see increased productivity, in addition to happier, committed, and more engaged employees, you need to think about the self-determination you’re providing them.

However, knowledge and tools are available. They can help you redesign your employees’ jobs and increase their motivation. Don’t just rely on autonomy though.

Redesign employees’ work and see what the changes are. Become your own I/O psychologist for your business, and you may be very happy with the outcome.

Previous Post: « 4 Ways to Send More Secure Email
Next Post: Top Things To Look For In A Web HMI Solution »