You are here: Home / Technology / Best Energy Investments for Future 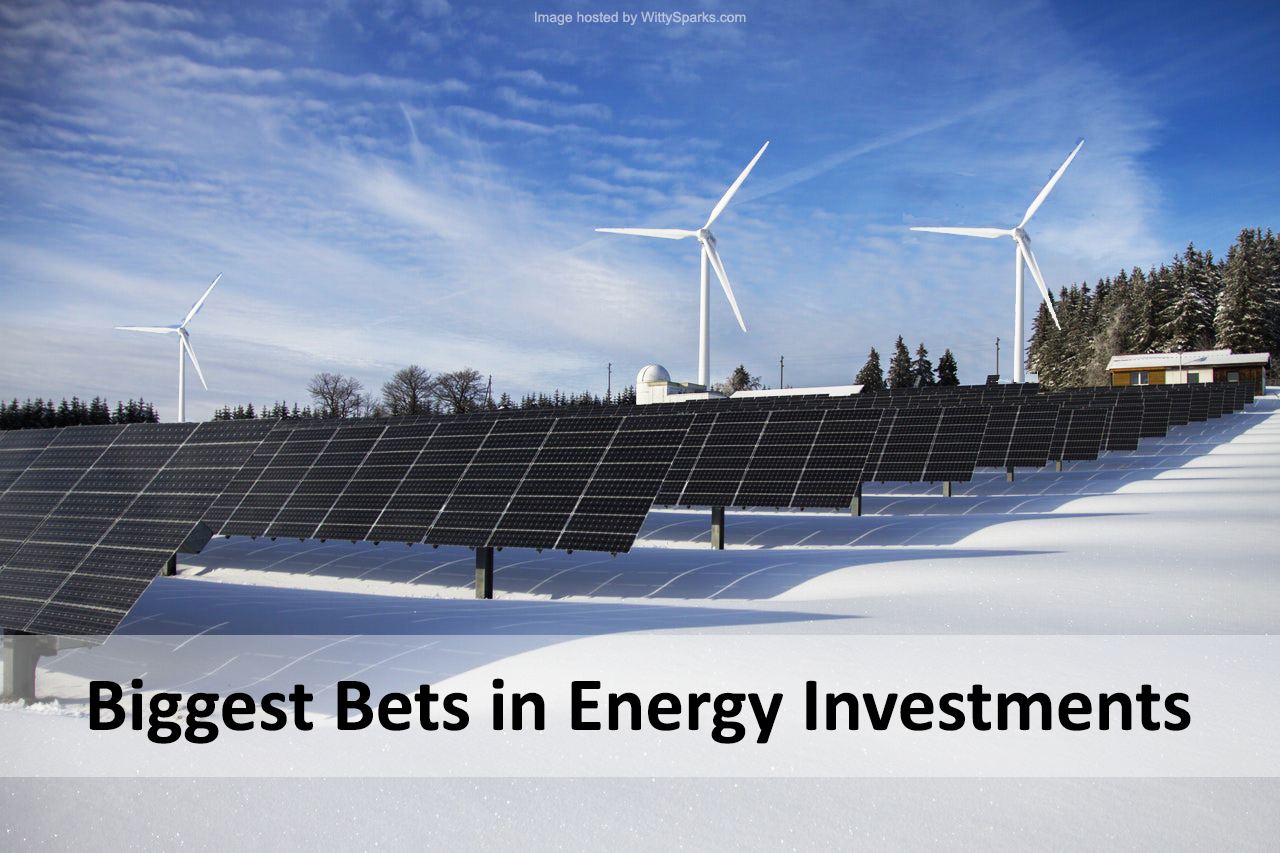 Energy, a prerequisite to life, has played an indispensable role in helping people manage everyday affairs since the medieval period. Facing an ever-increasing population, our reliance on energy will only increase with time, making it one of the safest and most rewarding investment options out there.

Global power demand has grown by 58% between now and 2040, or 2% per year. Growth in power demand increasingly decouples from GDP and $10.2 trillion is expected to be invested in new power generation capacity worldwide by 2040 according to various reports. Of this, 72% goes to renewables, or $7.4 trillion. Investment in renewable energy would be increasing to around $400 billion per year by 2040, a 2-3% average annual increase.

“Breakthroughs in energy technologies could reduce air pollution, help people escape poverty, and avoid the worst effects of climate change. But here’s the tricky part: We don’t yet know which ones will succeed. So we need to explore lots of ideas with investments from both the government and the private sector.”

Gas is a transition fuel, but not in the way most people think. Gas-fired capacity shall increase 16% by 2040 but gas plants will increasingly act more as a source of flexible generation needed to meet peaks and provide system stability. Increases in conventional gas production (0.7% p.a.) are led by the Middle East, Russia, and Australia. The main centers of demand growth are China, with gas gaining share in industry and power; and the Middle East and the US where increased availability of gas helps boost demand within the power sector.

Renewables in power is projected to be the fastest-growing fuel source. Europe continues to lead the way in terms of the penetration of renewables, with the share of renewables within the European power sector. However, China is the largest source of growth over the next 20 years, adding more renewable power than the EU and US combined. The strong growth in renewable energy is underpinned by the view that the competitiveness of both solar and wind power improves significantly.

“Improved batteries are one possible breakthrough that could help scale existing renewable sources like wind and solar. Solar fuels are another that could power airplanes, trucks, and cargo ships without adding any CO2 to the atmosphere. These fuels are made by using sunlight to split water into oxygen and hydrogen, then combining the hydrogen with carbon dioxide to make hydrocarbons.” – Gates

Investment in the wind is growing faster than solar, wind increasing 3.4% and solar 2.3% per year on average. Wind and solar account for 48% of installed capacity and 34% of electricity generation worldwide by 2040. This is compared with just 12% and 5% today. Installed solar capacity is expected to increase 14-fold and wind capacity fourfold by 2040.

“A super-efficient power grid is another possible solution. High-voltage direct current lines – the technology already used in China and elsewhere – make it possible to transmit electricity more efficiently over long distances. With a grid-like that, the US could generate solar power in Arizona or wind power in the Midwest and transmit it cheaply wherever it’s needed.” – Gates

Nuclear power generation is expected to grow steadily by 2.3% p.a., broadly maintaining its share within the power sector.

“Another path is to make nuclear power safer and cheaper. I founded a business that is working on several approaches to this. The most promising is a traveling wave reactor (TWR) that would run on depleted uranium, a waste product created by today’s light-water reactors. A TWR could be sealed up and run for decades without refueling, requiring little maintenance or personnel, and reducing the chance of accidents.” – Gates

Global coal-fired power generation looks set to peak by 2026. Growth in coal demand is centered on Asia, but is offset by sharp declines in Europe and the U.S. Coal-fired generation in China is set to peak within the next decade. India is the largest growth market currently, with its share of world coal demand doubling from around 10% in 2015 to 20% in 2035. Over two-thirds of India’s increased demand for coal is projected to feed into the power sector.

The ever-increasing energy demand is opening up various energy investment opportunities, enabling investors to draw great returns and diversify their investment portfolios. Investment in energy efficiency expanded, despite persistently low energy prices, reaching $231 billion last year. While Europe spent the most on energy efficiency last year, the fastest growth occurred in China, where a strengthening of energy efficiency policies is helping to reduce the energy intensity of the economy, alongside structural changes. Globally, most investment, $133 billion, has gone to the buildings sector, which accounts for one-third of total energy demand.

Previous Post: « How the Richest Business Tycoons Got Their Start
Next Post: How To Upgrade Your Business Success »