You are here: Home / Autos & Vehicles / How Evolving Technology is Changing Automotive Industry 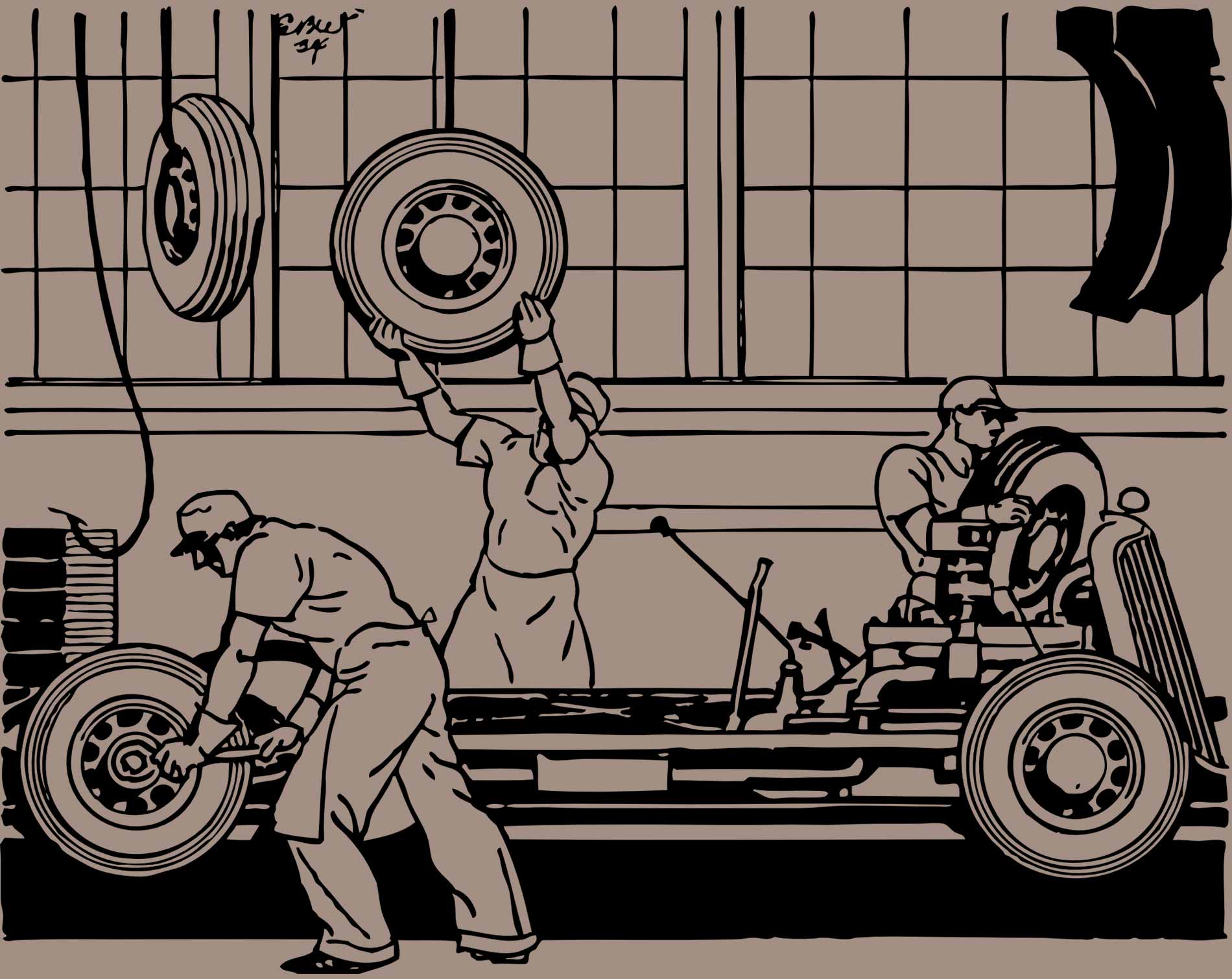 Since the recent past, major players in the automotive industry have been collaborating with various high-tech companies, in order to deliver high-end luxury vehicles with innovative technologies.

In addition, technologies that enhance the driving experience, like GPS navigation systems, keyless ignition, and a rear-view camera, are among the key features commonly present in automobiles today.

Some of the technological features trending in the automotive industry are given below.

Fuel efficiency has been the biggest concern of automobiles for a long, but with the recent technological improvements, automotive companies, like Honda, Toyota, Hyundai, Kia, among others, are able to offer affordable, fuel-efficient cars. Honda Accord, for example, is one of the most fuel-efficient midsize sedans available in the market.

Additionally, in the fuel-efficiency movement, Tesla plays a prominent role. Tesla’s launch of powerful electric cars has caused havoc in the automotive industry, by adding to fuel cost savings. Tesla Model 3 car can be driven for up to 200-300 miles on a single charge. Tesla leads the electric vehicles segment, with no competitors to challenge its features so far.

According to Business Insider, about 17 million new vehicles by Tesla were sold last year, in the United States and China is estimated to register about 40 million annual sales in the near future. Other companies, like Volkswagen, General Motors have also unveiled electric cars to their fleet, while Volvo, Hyundai, Kia, and Toyota, among others, are expected to launch hybrid cars soon, suggesting the fuel efficiency to be widely adopted.

The self-shifting transmission with a fully automated gearbox that is capable of automatically changing gear ratios while the vehicle is in motion, setting the driver free from shifting gears manually. Automatic transmission (AT) has been increasing in demand, with the sales rising by 70%, compared to a decade ago, according to The Telegraph. Some of the best automatic cars are offered by Jaguar, BMW, Porsche, and in the affordable range, by Volkswagen, Toyota, Ford, and Skoda.

Today’s cars are equipped with Wi-Fi hotspots, self-parking technology, wireless smartphone charging, Apple CarPlay, Android Auto connectivity, road hazard detection system, cruise control that maintains the speed by keeping the vehicle at a certain distance from the car in front, as well as GPS navigation system. Audi was the first automobile company to support Google Earth for MMI, its interactive operating system that allows the driver to check real-time traffic, control navigation, as well as compare the prices of nearby fuel stations.

Additionally, the Internet of Things (IoT) in automobiles is introducing entirely new layers to the traditional concept of a car, completely transforming and personalizing the driving experience. The IoT connectivity in cars offers Wi-Fi connectivity and enables the driver to communicate with their vehicles via apps using Android and Apple smartphones or watch. General Motors was the first one to introduce a car with internet connectivity, with the launch of OnStar in 1996. Some of the best-connected car models available today are Tesla Model S, Audi A3, Lexus NX, and BMW 5 Series.

According to IHS Automotive forecast, by 2020, 55 percent of annual global new vehicle sales will be of connected cars, especially in the four key markets that include the United States, China, Germany, and the United Kingdom.

Mercedes Benz, with many firsts to its account, is one of the first automobile companies to offer radar cruise control, the driver assistance system that combines automatic speed regulation with proximity control in relation to a vehicle traveling in front. The model AMG S63 by Mercedes is insanely powerful and really is the only car you’d need in 2018. In addition, the driver assistance system in Mercedes Benz AMG S63 has been integrated into the car’s sat-nav, allowing it to brake, accelerate, and turn the steering autonomously.

The system of tires, tire air, springs, shock absorbers, and linkages connecting the vehicle to its wheels, enabling relative motion in a car is an extremely important aspect, as it is responsible for smoothening out the ride and keeping a vehicle in control. Thanks to upgraded suspension systems, we don’t see cars parked with flat tires on the roadside anymore. The improved suspension system technology, with time, has enhanced the overall performance of a vehicle.

Some of the cars with great performing suspensions available in the market are Jeep Wrangler and Ford’s F-series and Explorer. Ford sold the highest number of cars this year, with Ford F-series PU recording the sales of 87,011 and Ford Explorer registering the sales of 23,955 in the month of March alone, according to The Wall Street Journal. Ford Explorer suspensions are adept at the job of transporting all your family in comfort. Ford is also expected to release a fully autonomous, self-driving vehicle by 2021.

Fully autonomous technology is the next big goal of the automotive Industry. Automobile manufacturers are working toward the goal of integrating artificial intelligence (AI), along with augmented reality (AR) and virtual reality (VR) in vehicles. With major automotive industry players already working on the related projects, the positive outcome seems closer than we think.