You are here: Home / Technology / Unbelievable Facts About 5G That You Must Know 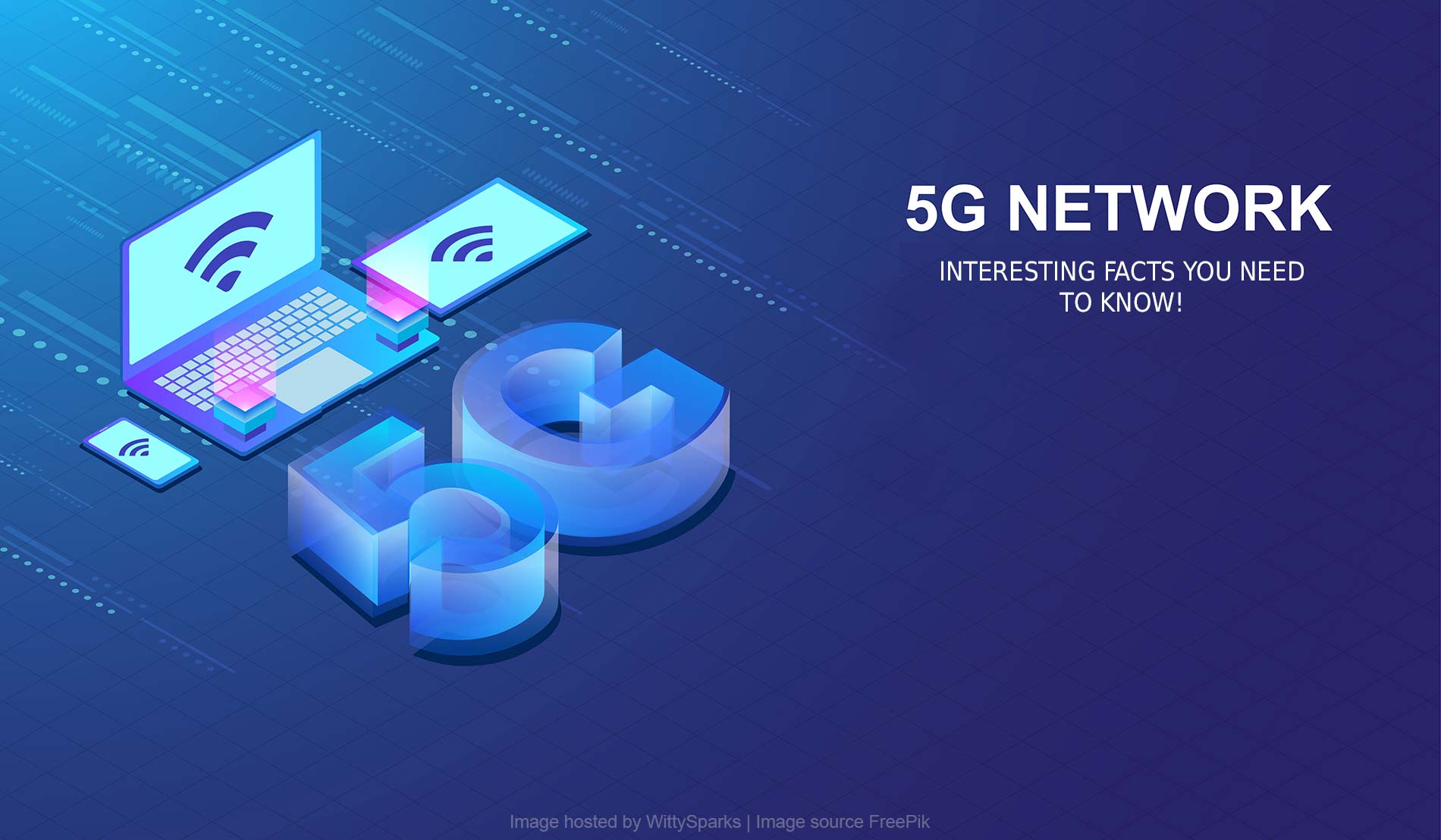 I consider 5G as the NEXT BIG THING in the generation of mobile networks. It promises to enable self-driving cars and running entire smart cities, making our lives unbelievably faster, easier, and smoother. This technology will virtually alter every aspect of how we work, play, travel, and communicate. Undoubtedly, it is an incremental lift in today’s speed and feed.

No wonder President Trump himself announced on 12th April 2019, “The race for 5G is on”. I believe 5G is like a boon for people like me who are always looking out for something more on our smartphones. From downloading more content to watching more videos, everything will be right at our fingertips.

At&T has launched its 5G network in 7 additional cities recently. Before it makes its way into your life, let’s gear you up with the top 5 things you must know about 5G.

5 Lesser-Known Facts About 5G That Will Make You Go ‘Is That Really Possible?!’

5G is way more than just faster speed. It is considered the major platform for tomorrow’s economy. Brace yourself for 5 such unbelievable facts about 5G.

1. It is really, insanely fast.

Don’t give that “We already know that, duh!” look yet. It’s obvious that 5G is amazingly fast. But, it is important to understand exactly how much faster 5G is as compared to the most popular 4G LTE.

Honestly speaking, 5G will not be extremely faster than your regular 4G LTE connections. However, it will be significantly faster than the speed provided by your broadband connection at home.

Everything I just said got tangentially over your head? Let me put the above details in perspective for you.

As per Open Signal, the fastest 4G speed recorded in the US was 19.42 Mbps approximately. 5G, on the other hand, is supposed to provide gigabit speeds. The Snapdragon X50, Qualcomm’s first 5G modem, can provide speed up to 5 gigabits each second. It is 250 times faster than the normal speed we get from the fastest LTE network in the US. (Isn’t that amazing?)

I am talking about only the first-generation modems here. That means the future chips are likely to be even faster. I have never experienced speeds that fast. Have you?

2. 5G supports a much higher capacity

As I said before, 5G isn’t only about speed. It is about a higher capacity than you can possibly imagine. The 5G network will be able to support multiple data connections, which is not possible now. When I connect 4G to my laptop and my phone, the connection slows down. It is because 4G cannot support multiple devices at the same time.

5G puts an end to this problem. You can share your 5G network with your laptop, your cousin, your cousin’s friend, and so on. As per the International Telecommunications Union’s Standards, 5G can support up to a million devices per square kilometer. How cool is that?

Also, 5G lets you transmit any amount of data within a blink of an eye. It is mainly because 5G networks are compatible with low-latency connections. Need to share your assignments with your group? Go ahead without having to worry about slow networks at all. I haven’t used it yet, but I can already feel the insane speed.

Yes, with all that speed, we can expect 5G to be quite costly at least for a couple of years. Sprint committed to launching 5G mobile services in the first half of 20119 at somewhat higher prices. He expects to increase the data plans for 5G by as much as $20 to $30.

As per David Goldman, a 5G smartphone could download a 3D movie within 6 seconds. The same would take 6 minutes on a 4G smartphone. But, with great speed comes great cost, he says. 5G is supposedly going to cost everyone a bundle. It’s time to get rich, people.

Well, it is not really bad news everywhere. It is expected that the prices may drop once the new technology rolls out. I believe that with 5G, several new devices will also come up to support that network. It is quite possible that the prices will become normal after a couple of years or so. Let me know in the comment section if you think otherwise.

We don’t have to worry about smart drivers because 5G might lead to the invention of smart cars with superb features. There will be self-driving cars that can communicate with the world on their own. 5G will come with lower latency and higher capacity. Thus, it is possible that cars will be able to communicate with their vicinity at quite a fast pace.

Not just cars, 5G has huge implications on almost every connected device on Earth. Other products such as wearables, virtual reality headsets, smart home devices, PCs, etc. will dramatically improve due to the impact of 5G. Let me give you one simple example to prove my point here. Counting the steps you take will become retro. 5G will enable Fitbit and smartwatches to track your GPS in real-time.

Similarly, VR and AR will also evolve due to the advent of 5G. We have been exposed to VR and AR through games like Pokemon Go. But, there wasn’t any widespread adoption yet. 5G connectivity is the only option that can open the floodgates of mass adoption. Hence, we can use VR and AR to their full capacity. I am totally rooting for 5G. And you?

The sad fact is hardware companies and carriers have only begun to make promises about bringing in 5G. Verizon has launched 5G in cities such as the US, Houston, Los Angeles, Sacramento, and Indianapolis. But, this isn’t the wireless 5G network that everybody’s been talking about. I believe mobile 5G services won’t be in place until next year.

AT&T placed its first 5G call in the month of September. They are trying to bring cellular 5G into the market by the end of 2019. They have planned to provide a 5G network in 12 cities along with seven additional cities by the year 2019.

Selective cities might get the taste of 5G networks this year. But, it takes time to build an entire network. If you are not in a major city, then you might have to wait for a few more years to have access to this superb network.

Even South Korea plans to have 5G networks by 2020. 2020 looks like the year for 5G to make an entry into the major cities of the United States, Japan, and China. Till then, let’s just be happy with our 4G networks.

5G is like the new wave amidst the ocean of networks that promises to change our lives for good. Unlike 4G, which sends broadcasts in several directions, 5G will send beams directly to your device. That means you can download a full HD movie right at the drop of a hat. Got any questions or suggestions? Write that down in the comment box below.

Previous Post: « Effective Tips and Tricks to Avoid Insomnia
Next Post: What is Conversion Rate Optimization? Why it is Important? »

Sienna Brown is a certified Company Secretariat who also extends academic help to students for writing exemplary business cases through MyAssignmenthelp. Besides being a business consultant, she also acts as a guest lecturer in various business colleges.

View all posts by Sienna Brown