You are here: Home / Entertainment / National Treasure: Book of Secrets 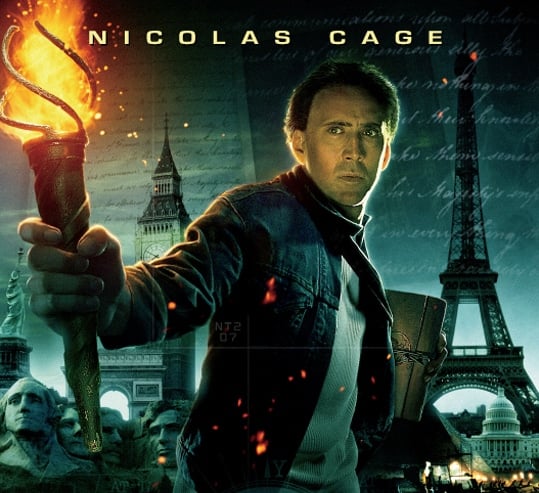 NATIONAL TREASURE: BOOK OF SECRETS from 11th January to a theater near you….!!!!

For this second “National Treasure” adventure, the story expands into a global adventure and introduces new cast members ED HARRIS and HELEN MIRREN.

For Ben Gates (Nicolas Cage), history isn’t just a dry record of what’s occurred in a distant and half-forgotten past for him, history is alive, vital, and occasionally it offers the possibility of finding extraordinary treasures.

After his astonishing discovery of the riches of the Templar Knights, Ben has become the world’s most famous treasure hunter although he prefers the term “treasure protector”.

In “National Treasure: Book of Secrets”, Ben and his father, university professor Patrick Gates (Jon Voight), are shaken by the discovery of one of the long-lost pages from the diary of Lincoln assassin John Wilkes Booth.

The diary was found on Booth’s body when he was killed; however, several pages had been torn from the diary and have never been found until now. Surprisingly, the information on this page seems to implicate their ancestor, Thomas Gates, as a co-conspirator in the assassination of President Lincoln.

As Ben, Patrick, Abigail, and Riley meticulously unravel clues that threaten to turn history, and their lives, completely upside-down, their search for historical truth widens into a hunt for perhaps the most mysterious and highly guarded book on earth, and from that to a famed mythological treasure.

She is soon caught up in the intrigue, but the team is not alone in its pursuit. The man who brought the lost page to Ben’s attention, Mitch Wilkinson (Ed Harris), has his own family history to uncover.

But his ambitions are less noble than merely discovering treasure, putting him on a deadly collision course with the others in a desperate effort to uncover the secrets that lie beneath the half-burnt diary page from America’s past.

Previous Post: « Merry Christmas Greetings and Goodies to fill your desktop
Next Post: Indian team before second test at Sydney… »

View all posts by Sandhya Rani