You are here: Home / Health and Healthcare / Obamacare: The Good and The Bad 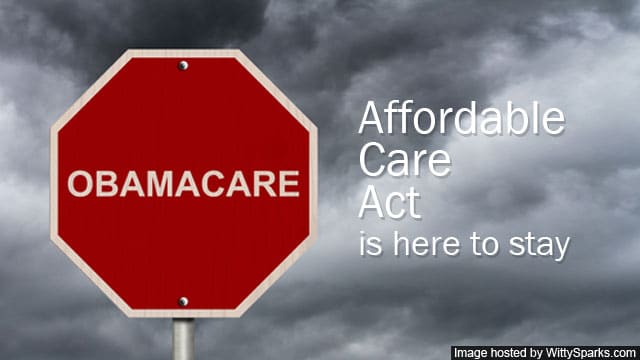 House Majority Leader Eric Cantor declared on CBS’s “Face The Nation” Feb. 2 that Obamacare was “on borrowed time,” and that Republicans will have an alternative by the end of 2014.

The GOP-led House of Representatives has now voted to repeal the Affordable Care Act, aka “Obamacare,” 48 times since the law was ratified on March 23, 2010. Most of the rhetoric surrounding these symbolic efforts by the GOP usually mention terms like job-killer, small business killer, and even people killer.

Granted, the law will add a total of $1.36 trillion to the national debt by 2023, and thousands of Americans have had their policies canceled because of the law. But some of the vitriol is simply unfounded, while the law has actually benefited some businesses and individuals.

U.S. businesses added only 74,000 jobs in Dec. 2013, far less than the 120,000 to 225,000 many analysts forecasted, according to the Bureau of Labor Statistics. Many employers are still reluctant to add more to their payrolls until they are certain how exactly the Affordable Care Act will affect their bottom lines. Staffing agencies have been the beneficiaries of this mass circumspection.

Express Employment Services, the country’s fifth-largest staffing agency, has experienced a massive spike in revenues. Bob Funk, the company’s President, told the Wall Street Journal in Sept. that his company is making a lot of money thanks to Obamacare. He said profits were up 8 percent on the year because companies would rather hire contracted workers whom they don’t have to extend medical coverage.

Not all economists agree with Funk’s assessment of Obamacare’s effect on full-time employment. Mark Zandi, the chief economist at Moody’s Analytics, a bank stress testing firm, suggested this past summer that Obamacare would increase the prevalence of part-time work so employers would not have to offer health insurance. But Zandi acknowledged on CNBC several months later that the data simply do not back up that hypothesis.

True Blue Inc., a Tacoma-based industrial staffing firm, reported an 18.9 percent increase in revenues for Q3 2013. But Steve Cooper, the company’s CEO, credited recent acquisitions by the firm as the reason behind its share of the blue-collar job market increasing from a year ago.

Despite boasting some of the best medical facilities in the world, the U.S. ranks 26th in the world for average life expectancy, according to the Organization for Economic Cooperation and Development. This number, of course, is heavily skewed by the number of murders and traffic accidents across the country. Theoretically, the Affordable Care Act should help move this ranking upward.

Tens of millions of unemployed and poor Americans will now have access to medical care at little to no cost to them. The White House says more than 2 million people have already signed up in the first three months of the program. Young adults can now stay on their parents’ health plans until they turn 26. And, of course, no one can be denied coverage anymore due to pre-existing conditions.

Like it or not, the Affordable Care Act is here to stay. Only time will tell the long-term effects it has on the American people’s health and the U.S. economy.

Previous Post: « Photographer Vikram Bawa to present Fashion film at LIFW 2014
Next Post: Get a custom made case for any device with great ease now! »