You are here: Home / Technology / Riding into the Future With AI And IoT Revolution 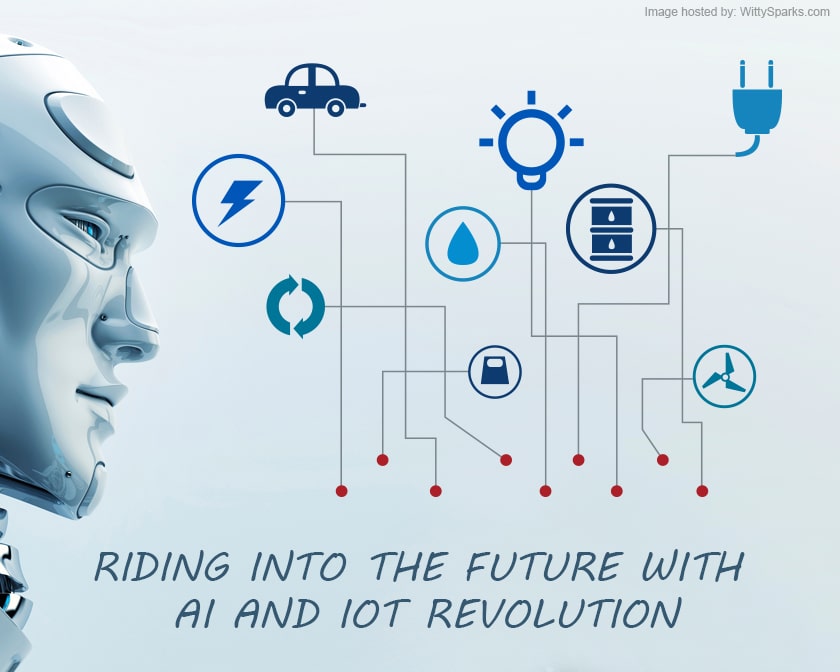 Not many would have noticed, but the human race is already riding into a new age of technology. Powered by IoT (Internet of Things) and AI (Artificial Intelligence), the world today is a whole lot different than it had been a few years ago. This is, in fact, a large-scale revolution pioneered by Apple Inc.

When you look closely at the changes that the iOS10 and watchOS3 brought with them, things will get clearer. Siri has been here for some time now and unknowingly, we have been talking to a robot for our everyday needs. Even Google has now launched its version of Siri, called the Google Allo.

Both Siri and Allo work on algorithms, collate data, suggest you with relevant ads, help you get to places, interactively buy things, look for information on the web, tell you jokes, well, and whatnot, when you are looking out for it. And soon enough it won’t be a surprise if they warn you about losing your car keys!

Apple had also recently tried to integrate ANI (Artificial Narrow Intelligence) with its phones and watches, bringing in several different applications and multiple functionalities into a single device. And you just can’t think enough of the possibilities these smart gadgets can bring to you.

The interwoven libraries of data and the AGI (Artificial General Intelligence) that Apple uses in its X-code development kits is nothing less than the next step towards modern utility sciences.

If you have ever wondered why the iPhone 7 series has such huge space (256 GB) in its drive, you already know the answer. Scaling up the memory would be the first step towards introducing these complicated apps.

After all, the AI brain needs the space to work on so much information. Unlike prior devices, it’s not meant to just store music but understand your tastes and play one from the cloud!

Another hint towards the integration of AI and IoT in the iPhone is the iOS10 Home Kit. The latest iPad is easily configured to run automation triggers, provide remote access, and even permit shared usage.

Further, the Home Kit also features API for your camera and doorbells. Security and monitoring are more pervasive now with IP cameras capable of live streaming and even taking periodic snapshots in between.

The Home Kit framework controls gadgets and fittings used in a home. Thus, you are always aware and in charge of what’s happening throughout your house, zone by zone (room by room) while automation triggers and manages the various linked accessories that may include anything ranging from switching your AC on and off or locking your doors.

If you are driving, Siri can be connected to your car and will act as a unanimous navigation system by showing you directions and even hinting at the preferred stopovers. Siri takes over your dashboard screen and you will not have to look into your phone when driving.

Now that the vehicle is linked, you can feel like talking to your vehicle to get you to places. Just imagine! Well, that doesn’t stop here, and going to strike the next leap with Apple’s new smartphone casting technology for vehicles, CarPlay. Now, what’s CarPlay, Siri has the answer!

Well, this is just the tip of the iceberg, the Internet of Things, and Artificial Intelligence work with virtually every evolved need you have. You can interact with a POS system, track your pets, activate the IP cameras, check what your kids are doing home alone, measure how many calories you have burnt in a day, and even pay your bills on time. Doesn’t that covers a typical day of yours?! Well, that’s incredible, and that’s the future!

View all posts by Tushar Vijay