You are here: Home / Technology / 8 Big Data Technologies You Must Know 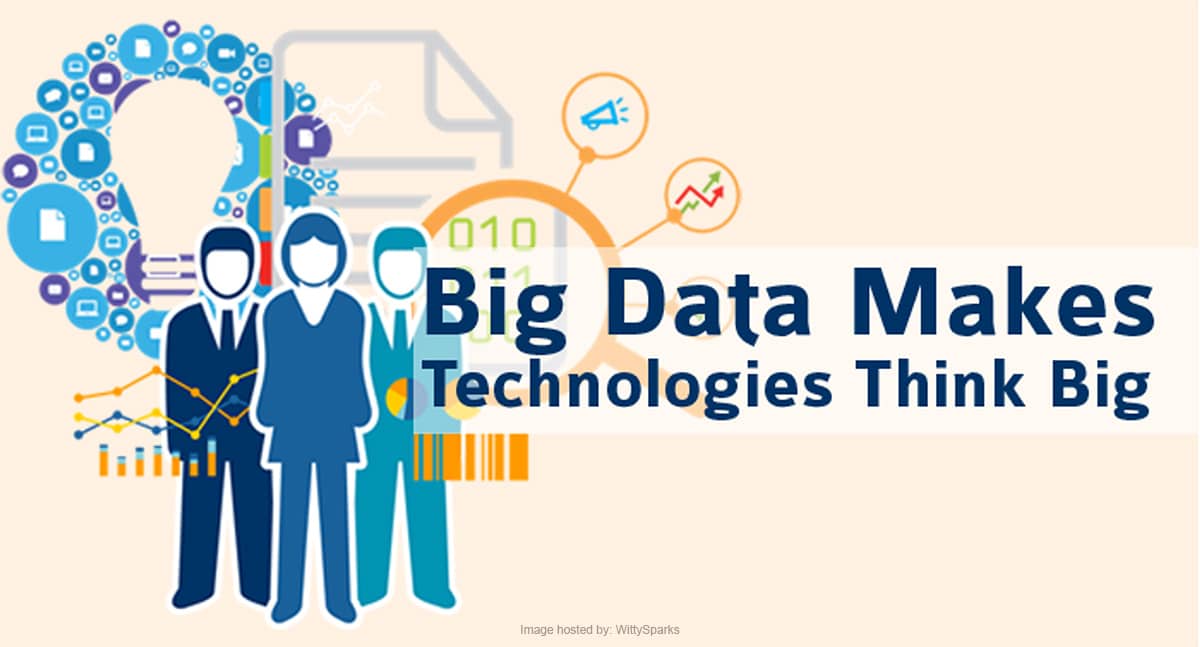 As the big data analytics market rapidly expands to include mainstream customers, some technologies are most in-demand and promise the most growth potential.

Big data is one of four emerging technologies (along with the cloud, mobile, and social computing) that has shown a boost in profits by a good percentage over the past two years.

These are some winning technologies that all contribute to real-time, predictive, and integrated insights, on what big data customers want at present.

The programming paradigm that allows for massive scalability across hundreds or thousands of servers in a Hadoop cluster. MapReduce is an essential part of big data analytics since it allows for execution scalability across thousands of servers and server clusters. The Map task converts the input data set into tuples of different key/value pairs, and the Reduce task combines the output from the Map task to form reduced sets of tuples.

Alternatives to traditional SQL-based relational databases, called NoSQL databases, are rapidly gaining popularity as tools for use in specific kinds of analytic applications, and that momentum will continue to grow, says Technologist Chris Curran. He estimates that there are 15 to 20 open-source NoSQL databases out there, each with its own specialization. Open-source SQL databases “have been around for a while, but they’re picking up steam because of the kinds of analyses people need,” Curran says.

Organisations today are generating massive amounts of data that are too large and unwieldy to fit in a relational database. Hence, organisations and enterprises are turning to massively parallel computing solutions such as Hadoop. The open-source platform – Hadoop, has become the de-facto standard for implementing MapReduce. Hadoop is versatile enough to handle multiple data sources and can aggregate data for large-scale processing. Hadoop can be used in many ways, but for big data projects, it’s often used to handle large volumes of changing data, such as social media content or traffic sensors.

In-memory analytics provides low-latency access and processing of large quantities of data by distributing data across the dynamic random access memory (DRAM), Flash, or SSD of a distributed computer system. The use of in-memory databases to speed up analytic processing is increasingly popular and highly beneficial in the right setting, says analyst Mark Beyer. In fact, many businesses are already leveraging hybrid transaction / analytical processing (HTAP) – allowing transactions and analytic processing to reside in the same in-memory database.

This is a combination of web analytics and Hadoop and is built on top of the Hbase database layer for Hadoop. WibiData enables real-time responses for web sites, such as serving personalized content in response to user behavior. The Wikidata platform allows companies to power a site with advanced analytics that fine-tunes itself, providing better recommendations and other features over time, including more relevant search results and personalized content.

A big data analytics platform that automatically converts user queries into Hadoop jobs, similar to querying a conventional database. Platfora offered companies a way to do business intelligence on top of data stored in the Hadoop open-source big data software. The rise of Hadoop over the years caused legacy business intelligence software providers to add support for Hadoop as Platfora and others picked up adoption.

Deep learning, a set of machine-learning techniques based on neural networking has been introduced with the objective of moving Machine Learning closer to one of its original goals: Artificial Intelligence. It is still evolving but shows great potential for solving business problems, says Hopkins. “Deep learning… enables computers to recognize items of interest in large quantities of unstructured and binary data, and to deduce relationships without needing specific models or programming instructions,” he says.

Ultimately, it looks like big data will be bigger and bigger in the coming years. Patents for innovative products, huge growth in the amount of data generated, and increasing customer demand show that data will be the driving force behind many business decisions. “Big Data, Big Opportunities, Big Impact, Big Decision, Big Scope, Big Career, Big Salaryâ€¦.!!!”.

Previous Post: « Top 4 free Data recovery software
Next Post: “SEO Is Always Changing”… Is the Myth True?? Getting Back To Basics »