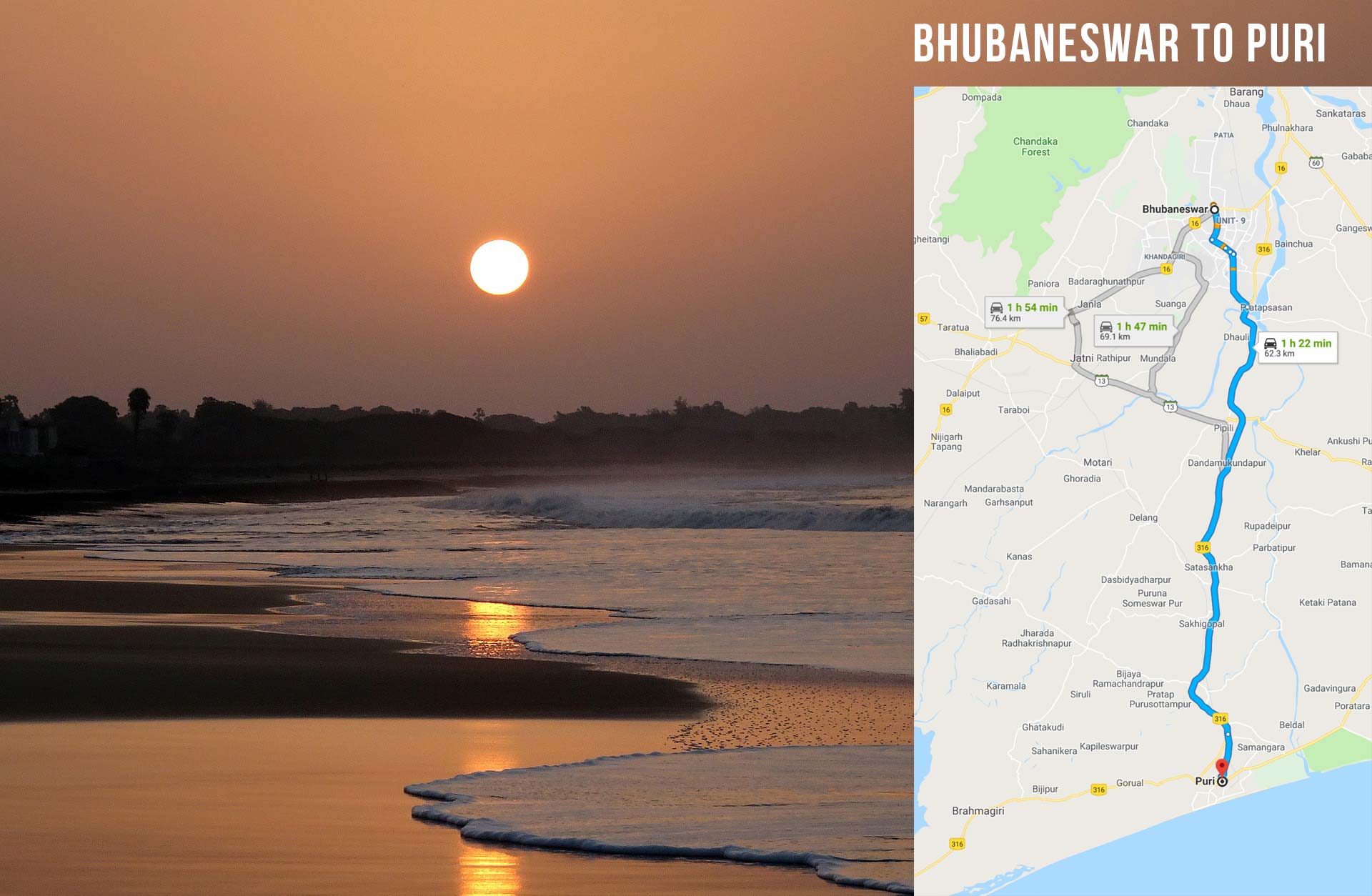 For every traveler from Kolkata or other parts of Bengal, the first preference for a beach holiday is always Puri. My family and I are no exceptions. While it is popular as a major pilgrimage destination, there is a lot more to this part of Orissa than what meets the eye.

Despite having visited this quaint town on the Bay of Bengal umpteen times throughout my life, I only learned about its other treasures on my last trip when we planned a family holiday to Puri. After a quick flight to the capital, we booked a top-rated Bhubaneswar to Puri taxi from the airport.

The best of Puri

After checking into our regular hotel, we decided to head straight to Baliharachandi Beach, which is about an hour’s drive from Puri town. Since we were on a regular vacation and not on a pilgrimage, it made all the sense for us to relax and unwind in the best possible way. In fact, this beach is far less crowded than the Puri Beach, making is cleaner and better for a swim or walks on the soft, golden sands.

The evening went by exploring the ‘Night Market’ and enjoying big seafood spread at a popular beachside restaurant. As the day ended, I was truly hoping for something interesting to happen on this vacation.

On the way to see wildlife

Perhaps wishes do come true. The next day, my uncle suggested of integrating a little adventure in our vacation and pitched a day trip to the Konark National Park. While we all had been to Konark, including me, a wildlife sanctuary sounded quite odd for a pilgrim place like Puri. But when we heard that it is the home to the famous black buck, all of us agreed instantly.

The Konark Wildlife Sanctuary is technically a wildlife reserve, which sits in the Baragarh district, just 25 Km from Puri town, but before Konark town. Since this was unknown territory for all of us, we rented a car in Bhubaneshwar with a trained driver.

Unlike most sanctuaries and national parks I have visited, the forest grounds here were sandy with thick clusters of casuarina and cashew trees. The air smelled saline, most likely from the adjacent marshes and the shoreline. I wondered if animals here roam around freely at all, considering there’s hardly any forest cover to maintain their privacy.

As the car rolled down the wooded trails, I saw a park-keeper tagging along a couple of spotted deer. On asking him, we learned that they had been spotted around a nearby village and were brought back home.

The Konark Wildlife Sanctuary is also known for the Olive Ridley turtles. Rare, endangered, and one of the most sought-after species of turtles in the world, these beauties hide in plain sight in the marshlands of Orissa’s coasts. And this sanctuary has one of the biggest population of these exotic sea turtles who nest here in the sand between October and March.

The Nuanai and the Kushabhadra rivers cut through the sanctuary and mark territories for the wildlife. For instance, on one side, near the river mouth, where it forms an estuary, is where the turtles had made their nesting grounds. On the other side, the deer and Nilgai would feed on the plants and drink from the passing river. A little further up the trail by the river exposed us to a beach that opens up to the sea. The sparkling waves of the Bay washed the grainy shore of broken shells, sand, and fine pebbles and occasionally exposed the hidden crabs from their underground lairs.

Before we wrapped up the tour, I headed out for a long walk down the beach with nothing but the scanty forests on one side, the endless sea on the other and no one except us, and the wild ones.