You are here: Home / Technology / Open Source / Ways to Give Hackers a Hard Time on Your Drupal Site 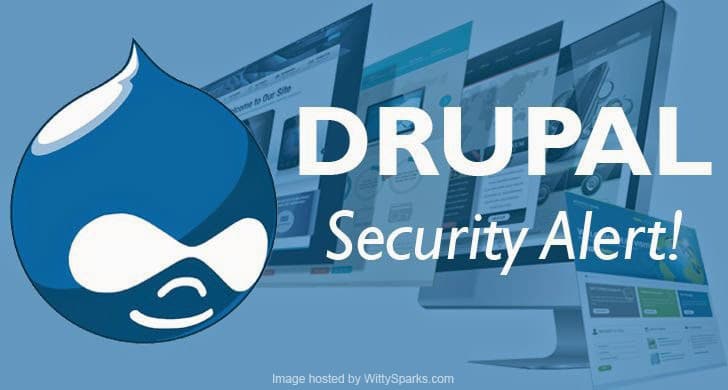 Nothing can be worse than seeing your website getting hacked or its security has been broken. Keeping your Drupal site updated is extremely important to ensure the working of your website. Recently, the announcements of some of the vulnerabilities such as SQL injection and automated attacks with 7 hours caused much fear among the Drupal community, taking steps to uncover the parts of attack and security issues.

Also, the open-source nature of Drupal has made it an attractive target for cybercriminals. However, the Drupal Security analysts have done thorough research and audit from third parties to eliminate such kinds of security issues. Still, users can also take some preventive measures to strengthen their site’s security level and thus minimize the risk of getting their website hacked.

In this guide, we will discuss some practical ways to prevent your Drupal site from being hacked. By following the strategies in this guide, you will be able to avoid and exploit vulnerabilities.

Obviously, it depends on how often your website is updated, and I would suggest at least have a weekly backup. There are various Drupal modules and extensions available that help you perform this task with ease. Also, keep an eye on the updated reports released over time. This way, you’ll be better alert about the problems within your Drupal site, including security issues such as data modules, database updates, and so on.

Whenever any security update is introduced, make sure it is implemented as soon as possible. There had been cases where severe security-related issues were discovered within 7 hours after an update is released. This meant you don’t have much time to implement security patches to your site to prevent it from any potential attack.

3. Use Drush To Update Drupal Core

This is a useful option for those who run non-production websites, like local or development servers. Drush commands are an easy way to update your website and save you a lot of time installing modules from drupal.org. It’s effortless to use; you need to follow some simple steps, and you are done.

Using strong passwords is extremely important to keep website hackers at bay. Ensure you update your password once every 90 days for all your users, admin, FTPs, and several other important accounts.

The beauty of Drupal lies in its ability to provide a facility to perform a variety of things to be done in the configuration. However, it also raises potential security problems. Make sure to carefully review your website’s configuration, especially the permission screen, since a single mistake can create a lot of trouble. Also, make sure to run the high-end Security Review Module to understand your website’s security-related problems.

Websites that invite their readers to interact in comments, posts, and messages are quite popular among their users. It is an essential thing that helps your website gain attention. But it has its own set of issues as some cybercriminals can post spam comments, which can hamper your website’s safety. This is where the role of Mollom comes in.

Mollom is a great tool that helps you prevent comment spam and other unauthorized accesses with CAPTCHA analysis. Some of its highlighted features are:

7. Audit Your Own Code

No matter how seasoned a developer you are, anyone can write incorrect and insecure code. Therefore, it’s essential to review your code to detect potential issues. Automatic tools such as Coder Module can help you find SQL injection issues, and an in-depth analysis of your hook_menu and use of user_access() can allow you to find out access bypass problems.

8. Store Code within the Version Control

Saving the code in version control such as Git has a variety of benefits. Whenever you implement any security update, you can easily see which code is changed if your code is saved in the source control. This is a logical way of determining the potential risk of the update.

All said and done, the above-mentioned tips will surely help you strengthen your Drupal site’s security. This way, you will keep your website absolutely “hack-free” and determine common pitfalls.

View all posts by Eiko Saladen