You are here: Home / Technology / How Cool Tech Continues to Get Cooler 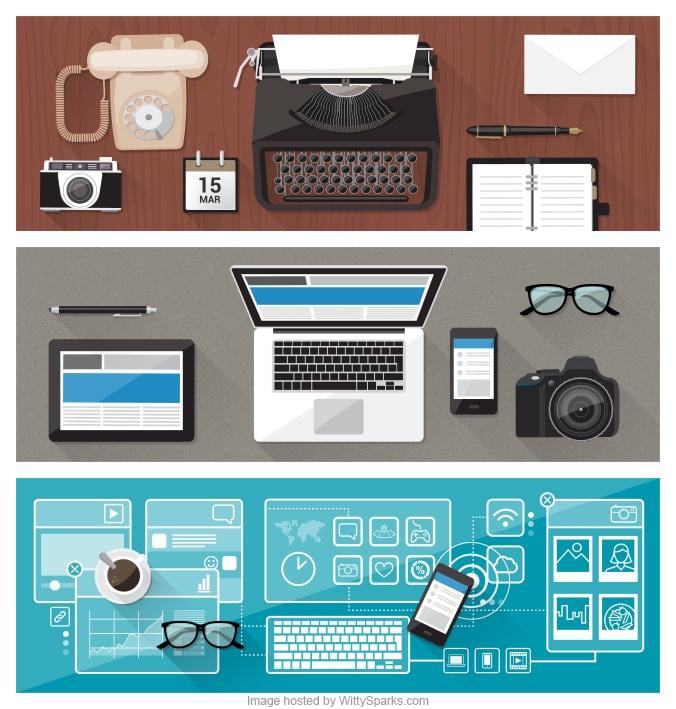 Looking around your home, you might not believe that this is real life. Not only are there magic boxes that transmit your communications instantly around the globe, but there are bracelets that monitor your health and appliances that independently know when to turn on and off.

You contain essentially the wealth of human knowledge and achievement in a device that fits in your back pocket, and you can enter an entirely new reality by strapping on a comfy pair of goggles.

It is safe to say that technology has finally gotten cool – but we have news: It is only getting cooler. Here are a few ways the next few years are going to produce the coolest tech yet.

It might seem that everything around you is already smart – your phone, your TV, your car – but we have only just glimpsed the beginnings of smart technology. Pretty soon, anything and everything will have a genius IQ, from your jewelry to your refrigerator, and life will be easier than ever before.

This year at the Consumer’s Electronics Show (CES) smart gadgets dominated the floor. On display (and soon, available for purchase) were a number of everyday items imbued with intelligence. For example, you might shortly see smart umbrellas that collect weather data and alert you to oncoming rainstorms so you don’t leave them behind and get wet. On your baby’s toes, you might soon place a smart sock that monitors vitals like heart rate and oxygen level. Smart tech helps you make better decisions and live a healthier life, which will never stop being cool.

An estimated third of the American population harbors some degree of technophobia. Whether that is due to the overabundance of sci-fi films where the robots take over or simply ignorance of the benefits of technology, widespread fear remains a real roadblock to more advanced tech developments. Fortunately, tech is winning many technophobes over with enhanced safety and security features that vastly improve analog solutions.

Some of the most obvious safety techs are created with kids in mind, like the 4moms car seat that ensures proper installation and use. Even fur-babies are getting some tech-related attention with care tech like SmartFeeder that prevents malnutrition in pets. Other industries are also seeing a boost in safety thanks to technological advances. For those looking to live long, full lives, safer tech is definitely cool.

The technology was once the epitome of anti-style. When computers were blocky, gray monstrosities manned by bespectacled nerds, few people believed tech could ever become chic – but now it has. Even ignoring the fact that smartphones are by far the most universal accessory (and becoming ever-more attractive, as well) tech is looking more and more fashionable nowadays, including e-cigarettes, which you can mod to your heartâ€™s content.

Wearable tech isn’t necessarily new, but at CES, a number of companies debuted wearables that are more stylish than anything seen before. Unlike the chunky fitness trackers and clunky alternate reality glasses of previous years, this year’s new wearable tech is almost indistinguishable from high-quality jewelry and accessories. For example, Ringly creates simple and beautiful rings that alert wearers to smartphone updates and Mira offers bracelets and pendants that track fitness and suit non-gym looks. While we freely admit that tech is cool, it is even cooler when it doesn’t look like tech.

Sometimes, life is a chore. The effort you need to expend to make breakfast, to drive to work, to buy groceries, can seem like too much. Thankfully, technology has a solution: Automation.

Most consumers are already aware of (and eagerly awaiting) the imminent release of driverless vehicles, but robot cars are just one of a bevy of automated technologies soon to be hitting the market. At CES, an enormous space on the floor was dedicated purely to home automation and boasted offerings such as automated security systems, temperature control, locks, lights, and refrigerators.

You might be particularly interested in D-vine, an automated wine decanter that knows exactly when you need a glass of the good stuff. It is thanks to cool technology that life is becoming less and less of a tiring responsibility.

Previous Post: « Shop till you drop at abof.com
Next Post: Must-have Features in the Document Management System »