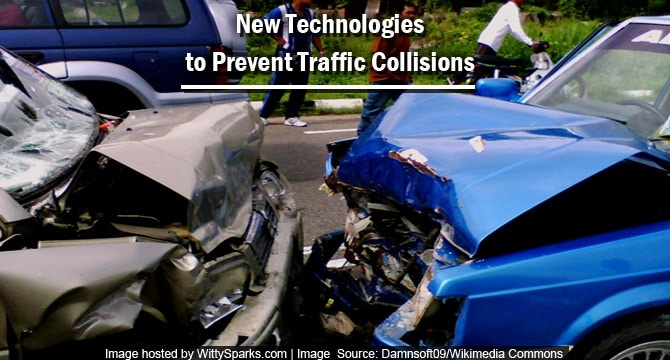 Technology is being used to improve automotive efficiency and handling. However, there have also been several high-tech enhancements to automotive safety systems that could prevent traffic collisions. Although we’re not yet at the reality of self-driving cars, this is where automotive safety technology seems to be heading.

With a combination of computers, lasers, and sensors, cars can now detect foreign objects on the road, read road signs, and even find parking spaces for you. The following are a few of the latest forms of technology to keep an eye out for.

Headlights have been improved to become more effective at night. New adaptive headlights can follow your car as you go around corners or even changing the length of their beam depending on the car’s speed and positioning.

Similarly, night vision helps make driving in the dark safer. If you’re driving in dim lighting, night vision can help you see moving and immobile objects ahead of you. These systems use a combination of thermal imaging cameras and infrared radiation.

If the car senses that it is about to get into a collision, many models now have emergency response systems on board. One example of this is the Enhanced Accident Response System unveiled by Daimler Chrysler. If airbags are deployed in their vehicles, the car will automatically shut off its fuel, turn on lighting, and unlock all doors.

Volkswagen cars also carry this feature, although they also automatically turn on the hazard lights as well. Cars that are part of the GM OnStar network alert emergency responders and broadcast the car’s coordinates to facilitate rescue and prevent further collisions.

Automotive manufacturers like Honda have been experimenting with safety technology designed to prevent vehicles from colliding with motorcycles, vehicles, and pedestrians. This involves embedding computer chips in cars, motorcycles, and mobile phones to allow all moving objects to communicate with one another and send warnings should they be on a collision course.

The vehicle can then take matters into its own hands if warnings are avoided by making an emergency stop. Find out more about this technology, which could be the future of collision prevention.

Another area that is being monitored in high-tech safety systems is tire pressure. Most new passenger vehicles now include an automatic tire pressure monitoring system, which helps improve vehicle efficiency and prevents accidents. Should the tires start to deflate, sensors will detect this and alert the driver.

Although the technologies described above are used to prevent a collision from occurring in the first place, should a vehicle hit a pedestrian there are now designed to minimize damage. These include car-mounted sensors, which can detect a hit and change the angle of impact with slight modifications of the hood’s shape.

These are the most important advances in vehicular safety technology to come out over the past few years and point to a future in which safety will become increasingly automated. Safety is of top importance to most car buyers, and although these high-tech features used to be limited to top-tier models, they’re now becoming more affordable.

Previous Post: « The Zambian government and IBM participate in a life-saving initiative!
Next Post: A logistics process is more than just company jargon »