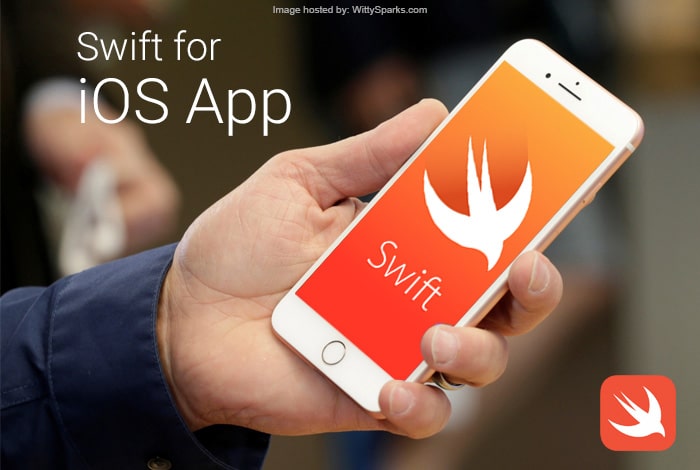 Programming languages are here to stay. iOS app development is made easier with the Swift language which was formally launched in 2014 by Apple. Since then, improvisations have followed and provided iOS app developers the needed platform to readily choose Swift over competing ones.

Swift’s comprehensive package of benefits over Objective-C is bountiful.

The reasons why an iOS app development company should select Swift are cited below:

It Is Error Free

The simplicity of the Swift programming language restraints iOS app developers from making mistakes. As with Objective-C, checking errors while developing the code wasn’t possible. Swift is different. The iOS app developer can induce more precision by understanding the probability of crashes and errors beforehand.

Swift has its own benefits, which only an iOS app developer would understand. Coding was done with Swift and another one was done by any other programming language will have its marked differences. The coding lines are shorter and crisper. An app Lyft, when written in Swift saw the coding lines dropping by as much as 50000 compared to being written in a different language.

Any iOS app development company would want to make it fast to the market and ensure that they stay in the market for a good while. C++ is, until now, the fastest Algorithm Calculation Arithmetic available to iOS app developers. Swift is soon expected to catch up with the pace.

Made open source from 2015, Swift, since then, has provided immense benefits to iOS app developers. The open-source nature allows the app developers to build apps for platforms like Android, Windows, and Linux, which wasn’t possible before.

Compatibility and Portability issues tend to go down as well. The developer community is huge; thus receiving feedback from them will only build to the success of the language.

Reading and Writing Both Made Easy By Simple Syntax

Apple has incorporated a simple syntax for its Swift language. Due to this, the readability of the language has improved; making it sound as simple as English. Having learned from mistakes made in Objective-C, Apple has improvised the Swift language and any iOS app development company would like to opt for Swift.

Apple’s technology makes it easy for everyone to write code. With Swift, it’s made even easier. Swift Playgrounds, an iPad app, has made the Swift learning process highly interactive and seamless. It has drawn the utmost attention to iOS app developers. It not only makes the iPhone app development flawless, but the visualization aspect makes the language highly sought after.

Collaboration of Apple with IBM

Apple has tied up with IBM to take Swift to a new level in the iOS app developer community. The synergy between the two predicts that Swift will become the key language for developers in the future.

With IBM Cloud, developers can not only deploy the app rightly but there is an option for them to share Swift resources and utilize Swift Sandbox to carry out simple coding experiments.

With its share of benefits and restraints, Swift does enjoy a solidified position in the programming world. It has been a consistent effort from Apple to outweigh the challenges and improve the language in a manner such that it can stay here for long. A simple framework, easy coding, and easier comprehension, all sum to define Swift’s competitive edge over the prevailing programming languages.

About the author: Ajit Jain is marketing and sales head at Octal Info Solution, a leading iPhone app development company, offering a platform to hire an android app developer for your own app development project.

Previous Post: « The Four Must-Have Elements of a Truly Effective Marketing Email
Next Post: The Best Ways To Streamline Accounts Payable in 2017 »