You are here: Home / Entertainment / How Much Money Is In The Gaming Industry Now? 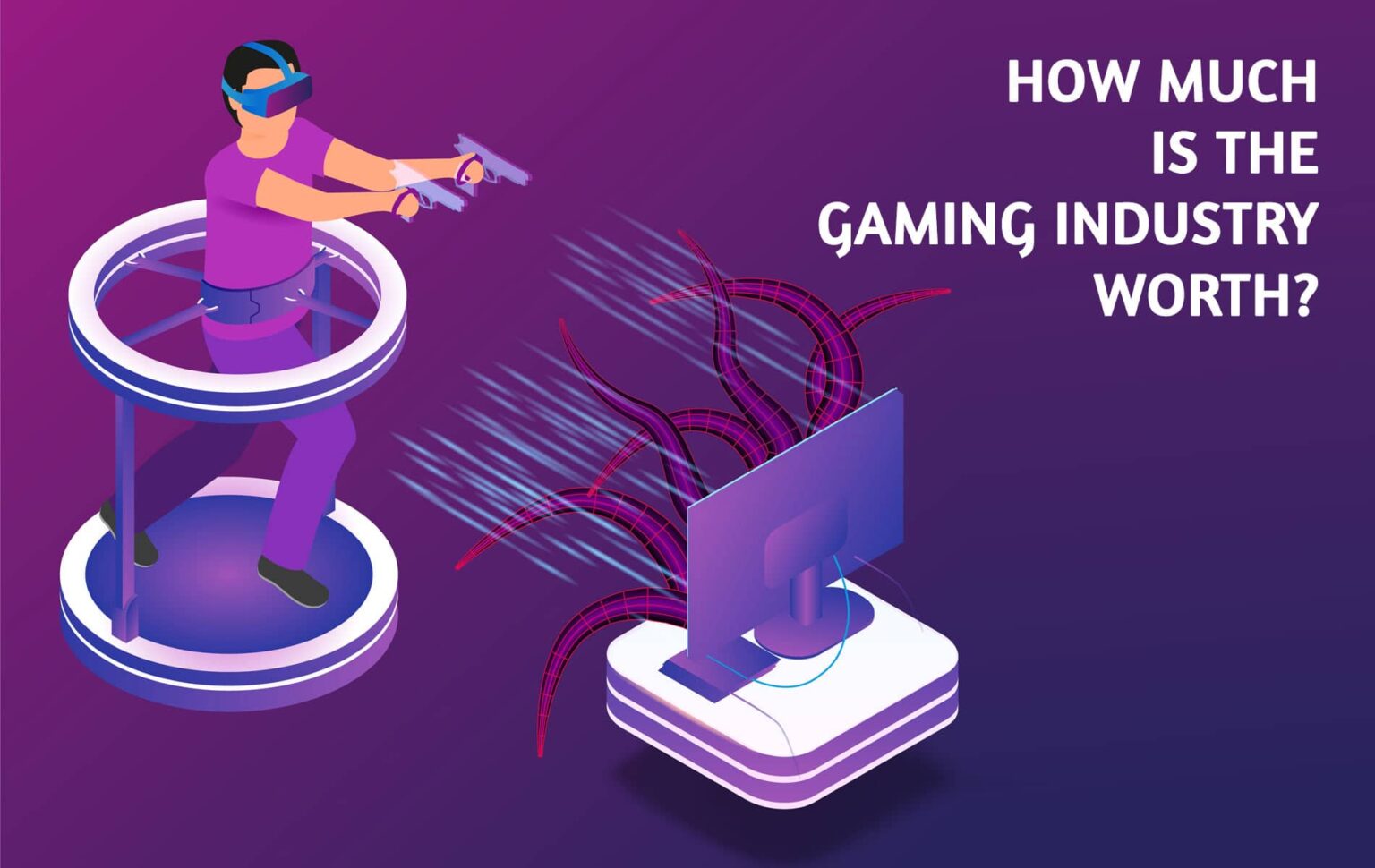 Itâ€™s the year 2020 and the gaming industry is sweeping in more cash than ever! Weâ€™ve all heard of eSports making waves on Facebook, YouTube, and other social media channels to the point that itâ€™s even trying to drastically change the way we perceive the traditional global sports scene.

We know this because weâ€™ve seen it in news articles, from the news on our TVs, and most especially because most of us have been hooked on our mobile phones, playing competitively against our peers on the latest online games to shake the global games market or watching live game streamers on YouTube and Facebook. Weâ€™ve all been guilty of these. Itâ€™s evidently everywhere and with that, it probably got you thinking, how much money is circulating in the gaming industry now?

That said, itâ€™s definitely obvious that the growing gaming market had people, businesses, and most particularly giant tech companies cashing in on this growing trend, and probably the most asked question now is, how much really is the gaming industry today?

In a picture, the global games market in 2019 was already at a staggering $152.1bn and by 2020, it is predicted that the global game market revenue will reach an astounding $164.6bn as shown from the figures reported by GamingScan. Surprised? Or are you excited to join the bandwagon and dive deep into the world of gaming? If you are, then you probably want to know where all these revenues are coming from.

It shouldnâ€™t come as a surprise that mobile gaming tops the chart as the largest income stream in the gaming market. In fact, according to Forbes, the market share of smartphones is at 36% or $54.9 billion in value. Mobile games are the most used gaming platform as of 2019 and weâ€™re likely to see that more by 2020 when the 5G begins to roll out on a full scale.

If you think you already know this, youâ€™ll probably be stunned to learn that their biggest hits arenâ€™t from paid games either, but rather, from their free-to-play game models that offer in-app purchases. Sounds like the â€œFree to Downloadâ€ bait is working, right?

A perfect example would probably be the success of Fortnite where it was able to amass over $2.5 billion in 2018 in which $1 billion is actually attributed to in-game purchases.

The gaming industry has always been known for the so-called â€œconsole warsâ€ and this hasnâ€™t died down yet even with the pervasiveness of the smartphone although the developments in consoles did experience a slowdown. Nonetheless, continuous product innovations and enhanced gaming experience have fueled steady growth. Hardcore gamers for instance, are always hell-bent on getting their hands on the latest consoles such as the Nintendo Switch and for sure, theyâ€™re all ears on when the Sony Playstation 5 is coming to retail stores soon.

In figures, the 2019 data shows that consoles even account for $47.9 billion in revenues with Sony still leading the pack when it comes to portable gaming consoles. And with the improvements in sound systems, displays, and enriched gaming experience, consoles will undoubtedly keep their place on the map as long as innovations are in progress.

For now, watch out for developments in AR and VR gaming, because they sure are the future of gaming and that can definitely shake things up again for mobile gaming so stay tuned.

Now that everyone has been shifting to their smartphones, is PC gaming going to be a thing of the past? According to statistics from GamingScan, albeit slow growth, PCâ€™s will still be one of the most popular gaming devices. PCâ€™s have a historic market value of $35.7 billion in 2018 and with a 4.0% year on year growth, itâ€™s on track to reach $39.5 billion by 2022. Itâ€™s definitely not comparable to mobile phones and it is probably going to be the slowest growing segment in the global games market but it is here to stay.

Throughout the years, PC gaming has brought us our well-loved PC games such as The Sims, Minecraft, World of Warcraft, Counter-Strike, and Dota among others so itâ€™ll probably be quite a long time before they really become obsolete.

The impressive growth of eSports is largely attributable to its growing viewership. From 281 million viewers in 2016 to about 422 million in 2019, it is reported to be on course to reach 466 million viewers by 2020 including both fans, enthusiasts, and casual viewers. Newzoo even predicts that at a growth rate of 14%, the viewership can even get as far as 557 million in total by 2021 with 307 million casual viewers and 250 million avid eSports enthusiasts.

Indeed, this increase in viewership is a positive indication of a bright and vivid future for the whole eSports community and with that, eSports marketing came to emerge as one of the most lucrative income streams for the gaming industry-sponsorships, media rights, advertising, merchandise, ticket sales, and game publisher fees account for approximately $1.1 billion in revenues in 2019.

From a rich electronic sports gaming niche into one of the fastest-growing competitive gaming culture, eSports has flourished into one of the largest burgeoning markets in the entertainment industry. And in the next years to come, we are more likely to see more partnerships from big names apart from the ones who have already invested like Coca-cola, Disney, Kitkat, Adidas, Mountain Dew, and Intel.

As we set foot onto 2020, expect to see gaming in mainstream media with more international coverage and tougher competitions in the global games market. If youâ€™re planning to tap its potential, better start tapping now before the market gets too saturated.

Previous Post: « Tips for Enhancing Your Professional Emails
Next Post: Features to look for in the top online video converter »