You are here: Home / Sports / American Football: Explained For Dummies 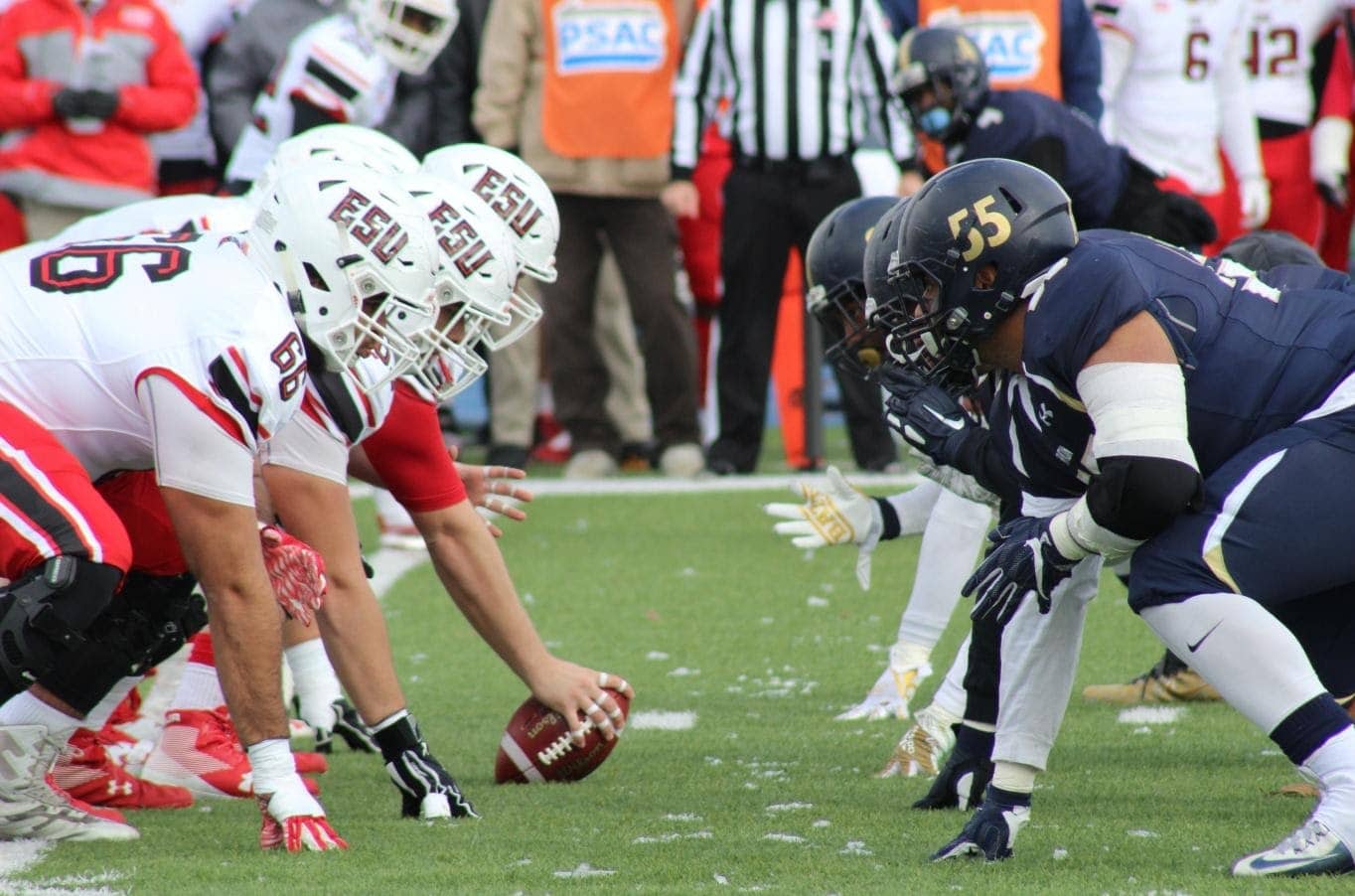 American football, aka football in Canada and the United States, is also referred to as Gridiron. Like many other sports, it’s a team sport that requires eleven players on each side of two teams.

American Football is played on a field with two goal posts on opposite sides of the field. It is a distinct sport which requires ball possession and scoring points for a team to win.

The Climax of the American Football play-offs comes through the Super Bowl, an event televised to millions of people worldwide.

At the finish of the Super Bowl, the best team which scores the highest point gets permanent possession of the trophy. According to Wikipedia, the Vince Lombardi trophy gets its name from the former Green Bay Packers head coach, Vince Lombardi. It is worth noting that he was the principal coach to lead his team to victory during the first Super Bowl in 1967.

Naming the Super Bowl football trophy after Vince Lombardi was a way of honoring him after he lost the battle with cancer in 1970.

This prestigious football trophy measures 22 inches and is designed from seven pounds of silver, while a normal-sized football is mounted at the top of the trophy in a slanted position.

Let’s have a look at how American Football is played.

The goal of The Game

The main aim of American Football is to score as many points as one team can over their opponents in the other team over a given amount of time. Player’s pass the ball to each other as they move towards their opponent’s goal post.

Every opposing team is availed four downs (chances) to ensure they have moved the ball 10 yards ahead of them. If after 4 downs, they haven’t managed to do so, the opposing team gets possession of the ball.

American Football employs the use of 11 players per game. However, teams are made up of 45 players, split up into smaller groups per their designation and ability on the field. For instance, a group comprises the faster, stronger, and usually smaller kinds of players. It includes a quarterback responsible for leading attacks to the opposing team and throwing balls to his teammates.

There is also the team’s defense, which includes bigger, more powerful team players who are responsible for maintaining defense on their side of the field. A distinct group of players is known as special players who are made up of speedy and large players.

Players who have been voted as the top quarterbacks of all-time in the NFL ( ) include Joe Namath, the first professional quarterback to hit 4,000 yards in a single season, Drew Brees, Otto Graham, Brett Favre, Johnny Unitas, and Tom Brady. It is worthy to note that Tom Brady has gotten quite several football trophies throughout his football career, and according to USA Today, some of them include 3 league MVP awards, 6 Super Bowls, and is a 14-time Pro Bowler.

When a player from whichever team manages to score a touchdown (a scoring play that can either be scored by lifting the ball into the lined and marked end-zone or receiving a pass from his teammate whilst he is in the end-zone), his team is awarded six points.

A team that has just scored a touchdown can earn an extra point by kicking the ball and letting it pass through the goalposts.

A player can also score a field goal from any spot on the playing field at whichever time by kicking the ball successfully through the goalposts. This goal ensures his team is awarded three points.

If the team on the defensive successfully manages to tackle down a member from the opposing team on their side of the pitch, the team scores 2 points. At the end of the game, the team with the most points becomes the winner. However, if they draw, then they are added another quarter until a winner can be determined.

Simple Rules Of The Game

Previous Post: « Tips To Save Money While Moving
Next Post: Tell-Tale Signs That Your Computer is About to Crash »